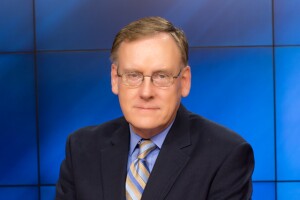 Craig Smith enjoys the way reporting can be a passport to interesting experiences.

Over more than 30 years of reporting in cities like Tampa, Houston and Austin, Craig has covered more than 40 Space Shuttle launches and covered historic hurricanes like Katrina, Ivan, Andrew and Hugo. He also worked to build understanding and appreciation of science while working for the American Institute of Physics, near Washington, DC.

Craig enjoys using innovative writing and visuals to make difficult stories easier to understand. He's used sophisticated electronic effects, and props as simple as poker chips, dominoes, and modeling clay. (Though not all in the same story.)

His work has been recognized with numerous awards including a regional Emmy, three consecutive writing awards from the Arizona Associated Press and a finalist slot for a science writing fellowship to the Massachusetts Institute of Technology.

As a newsroom manager at KGUN9, Craig was part of the team that won three best newscast awards from Arizona Associated Press.