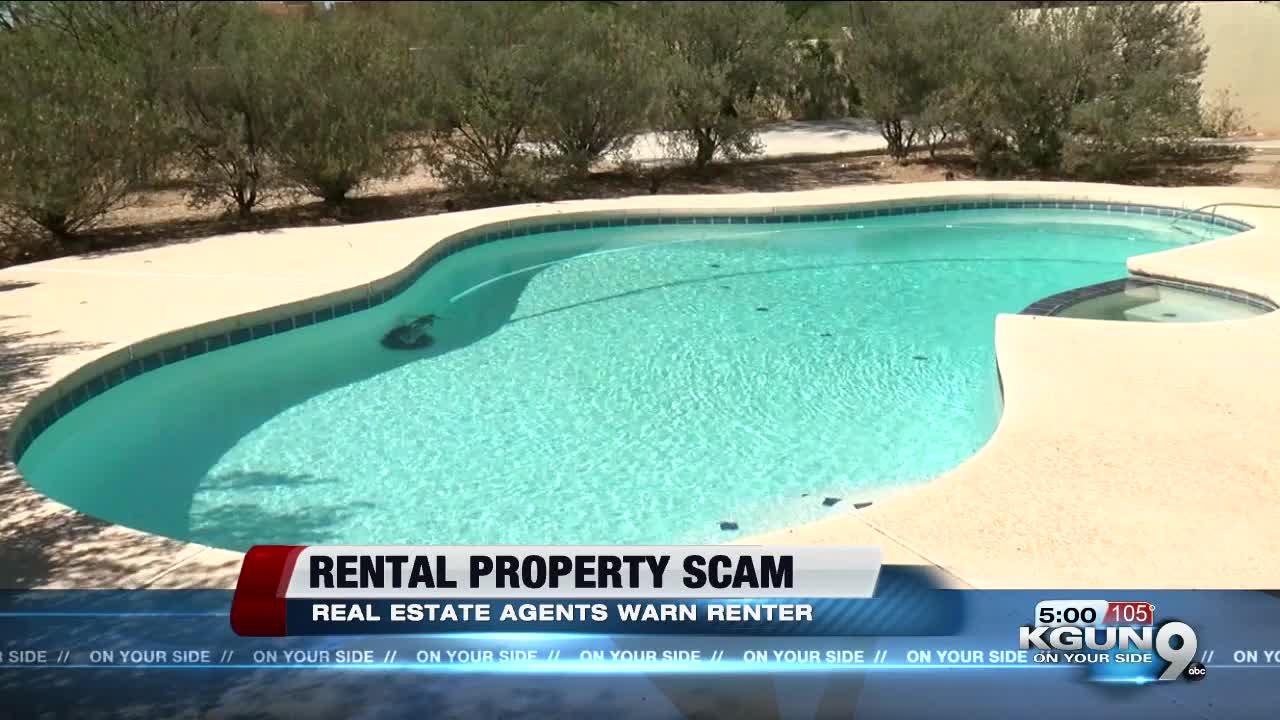 A warning for Tucsonans looking online for a home to rent in Tucson -- scammers are posting fake rental ads online and walking away with "fees" or "deposits" before letting their victims even see the house. 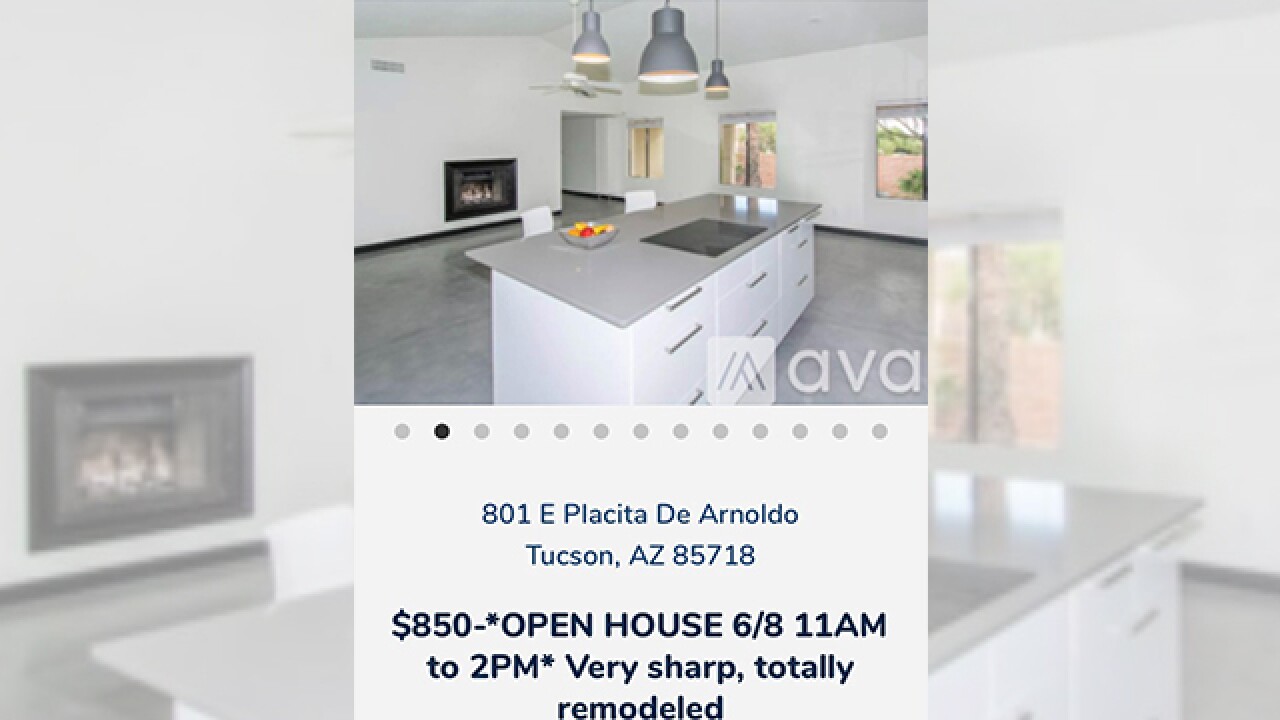 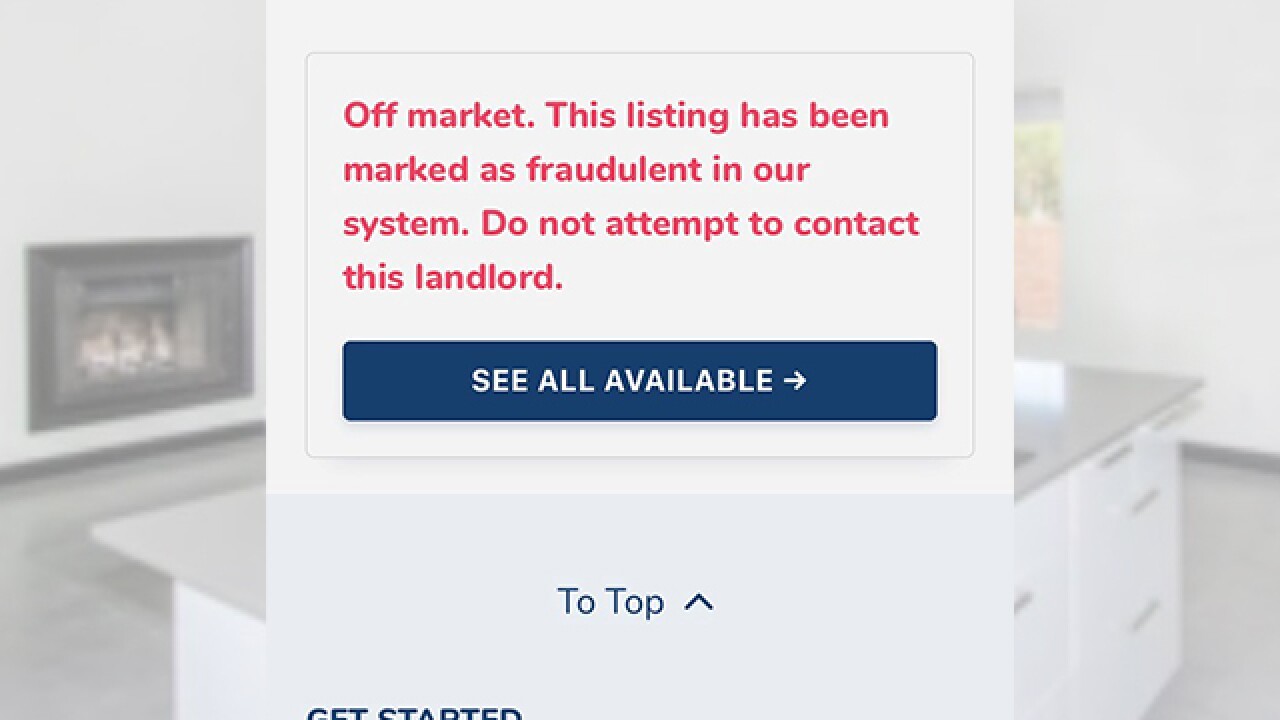 TUCSON, Ariz. — A warning for Tucsonans looking online for a home to rent in Tucson -- scammers are posting fake rental ads online and walking away with "fees" or "deposits" before letting their victims even see the house.

Matt Landau, a real estate agenty with Long Realty, says he was surprised when people started calling him asking about a house he was trying to sell -- except they thought it was for rent.

It's a good thing they called him, because they were just a few steps away from getting scammed out of hundreds of dollars.

The ad listed a three bedroom, two bathroom house in the Foothills with a pool renting for $850 a month. If that sounds too good to be true, that's because it was.

"We had about 10 to 15 people come to the property because they had found it on a rental website called Zumber, and it had come up as a rental," Landau said.

Those people were on their way to being cheated.

Scammers find pictures of a property they don't even own and advertise them as rentals on different websites, often asking for a deposit before you ever see the property.

Real estate agent Peter DeLuca says agents all over the Tucson area get calls from confused people asking about the ads.

Myriam Cruz of the Better Business Bureau (BBB) says the scam preys on people under pressure looking for a place to live.

"Lot of times consumers are looking to move quickly, or they don’t have time to look at the home, or they place a lot of trust in the online services or online offerings and they kind of trust the photos," she said.

The BBB says people fall victim to scams like this across any price range, and asking for a deposit without letting you see inside the home is a big red flag.

"If you can't get in the house and see the house and they want any money or personal information before seeing the interior of the house with a representative, I'd say it's a scam," DeLuca said.