Investigation of incident at Culinary Dropout concludes, no charges filed 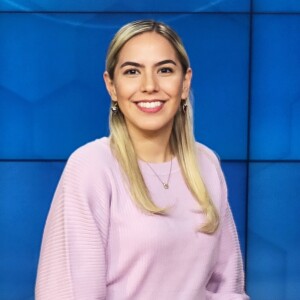 Officer’s attorney says the women were the aggressors

TUCSON, Ariz. (KGUN) — The Pima County Attorney’s Office (PCAO) announced there will be no criminal charges related to a November 2021 incident between a Tucson Police Officer and customers at local restaurant Culinary Dropout.

PCAO’s Chief Criminal Deputy Dan South concluded that charges against the officer were not warranted.

“Based on discrepancies between what witnesses observed, as well as video evidence, there is not sufficient evidence to issue charges against Robert Szelewski,” South wrote in a letter to Tucson Police Chief Chad Kasmar.

According to PCAO, the three women who were involved in the confrontation with Szelewski were interviewed, as was the off-duty police officer and his family.

The confrontation escalated from a verbal confrontation to a physical one that led to Szelewski physically restraining two of the women, while the third used a camera phone to videotape the incident.

The investigation, which concluded this week, determined that one of the women approached Szelewski "aggressively," leading to his actions, in which he detained that woman and another who attempted to intervene.

“The facts do not support a substantial likelihood of conviction at trial,” South wrote. “A jury could easily find that [the woman who first approached the off-duty officer] used a threat of force first by rushing towards Szelewski to start the fight.”

A new statement from Larry Wulkan, an attorney at Zwillinger Wulkan, who represents the Aloisi family received on Thursday, May 19 2022 shows

“Officer Szelewski’s road rage overcame him leading him to start a fight where he physically assaulted two nurses, one of whom is handicapped and is in her 60s. The Aloisi family is disappointed that no criminal charges are currently being filed against Officer Szelewski."

——-
Bivian Contreras is a real-time editor for KGUN 9. Bivian graduated from the University of Arizona School of Journalism with a Bachelor's degree in Journalism with an emphasis in Broadcast and is currently pursuing a degree in Broadcast Operational Meteorology. Share your story ideas and important issues with Bivian by emailing bivian.contreras@kgun9.com or by connecting on Facebook, Instagram, and Twitter.