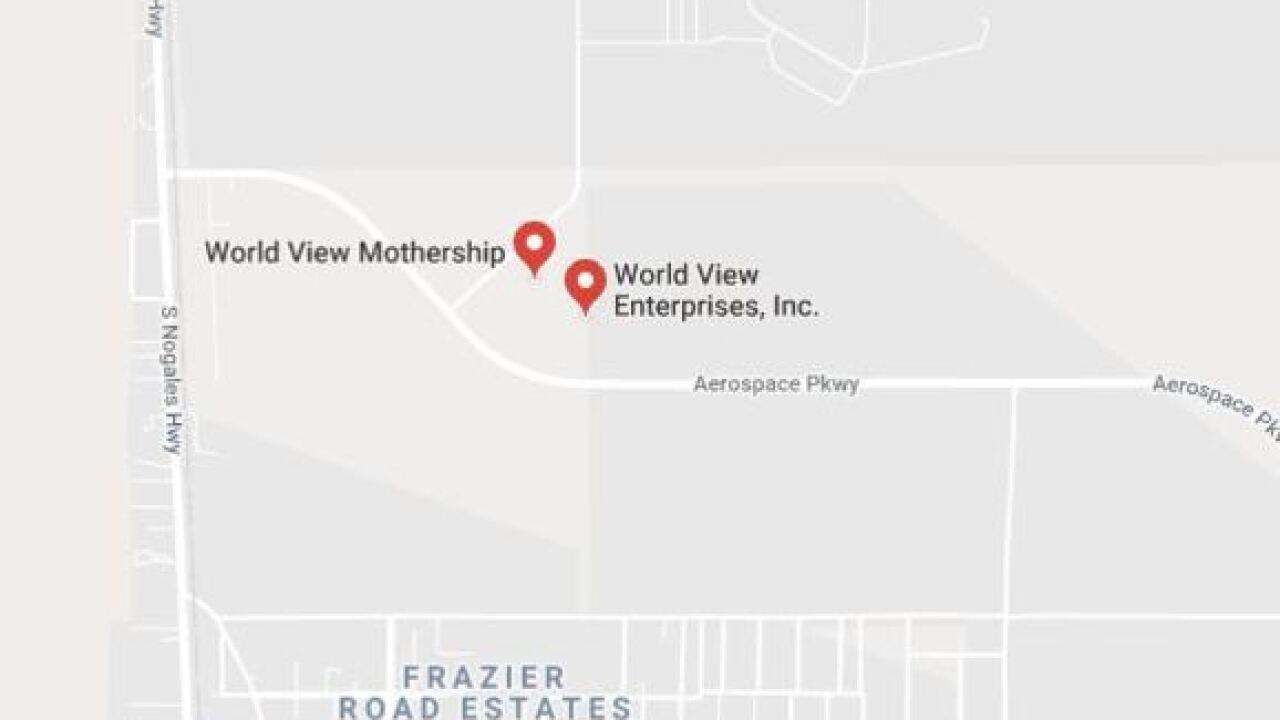 Google Maps
<p>An earth-shaking explosion has been reported at an aeronautics facility. Tucson Fire is investigating.</p> 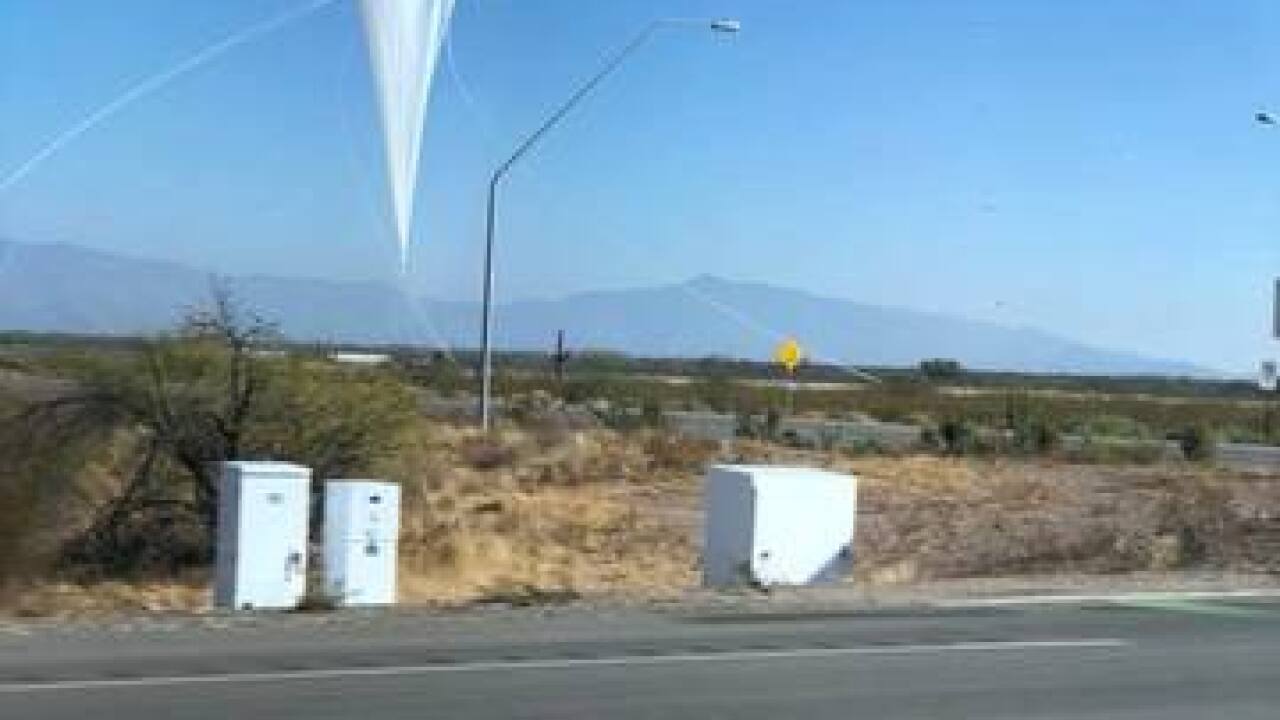 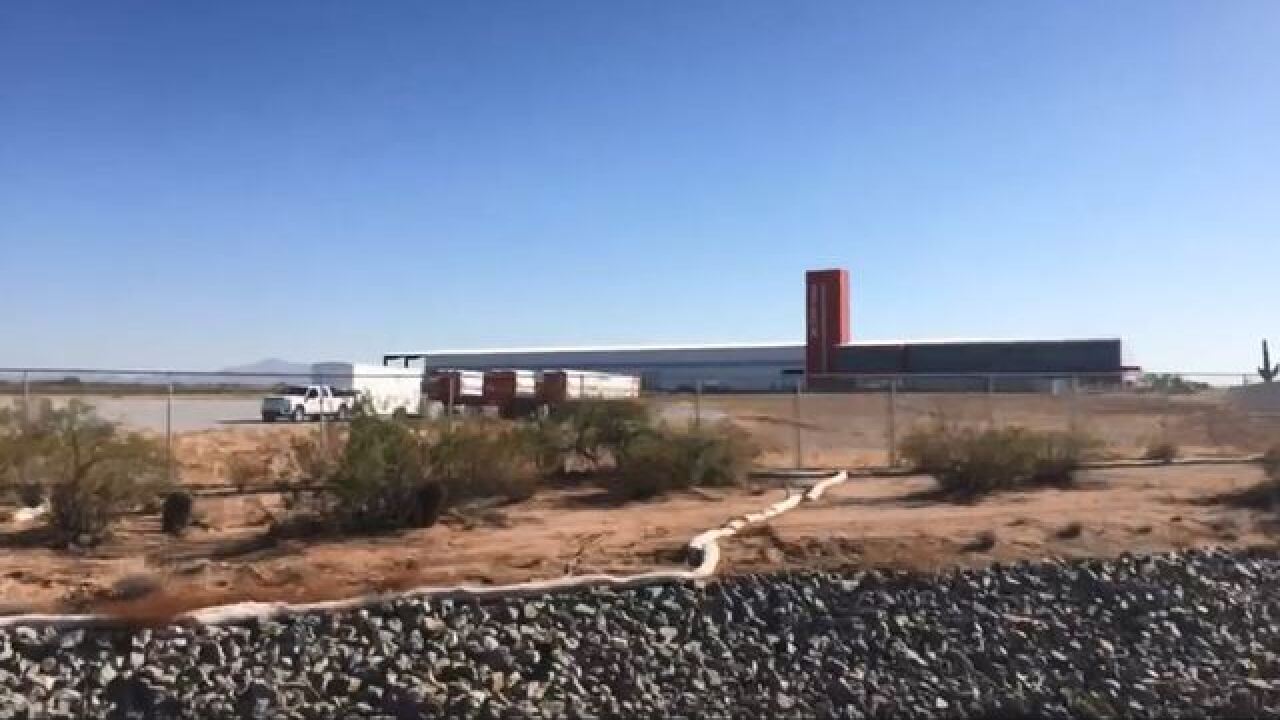 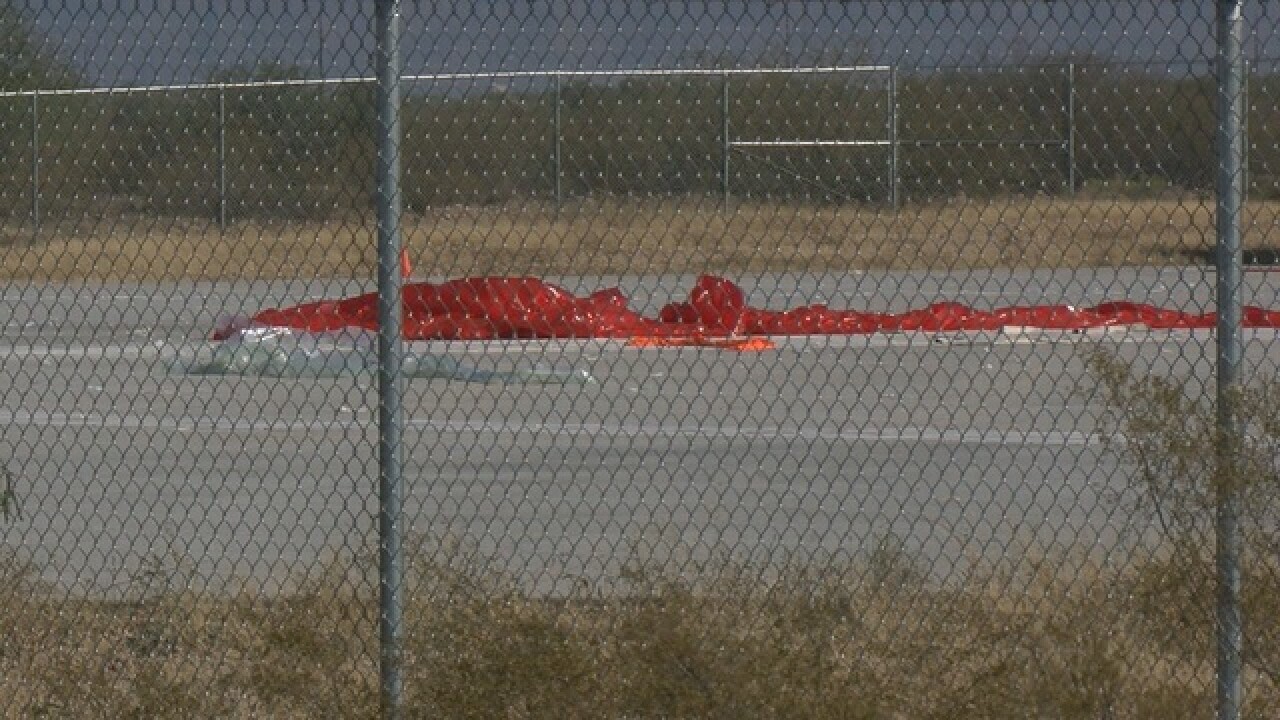 An earth-shaking explosion happened at a Tucson aeronautics facility on Tuesday afternoon.

Early Wednesday morning, World View released a statement saying that two employees were treated for ringing in their ears due to the explosion.

Damage has been reported at World View, as well as in surrounding areas. The company released this statement:

Following the completion of a successful fill test on the launch pad, during the process of
releasing gas from the balloon, a World View test article ruptured.

There were no injuries, however, two World View employees reported ringing in their ears and were referred to a local Urgent Care for evaluation.

We also now know that some damage has been reported by a few residents and businesses in the area in addition to superficial facility damage at the site and we will be proactively coordinating with the parties affected.

We sincerely apologize for the inconvenience this incident may have caused our local neighbours. We are working to fully understand the cause of the incident to ensure that it cannot and will not happen again.

It happened at what could be called Tucson’s spaceport.

At about 1 p.m. KGUN9 started getting "what was that calls” from people living and working near here.

By mid-afternoon, workers were gathering up the remains of the plastic balloons Worldview uses to lift instrument packages to the edge of space.

Worldview uses a special technology that lets a balloon, and it’s payload stay in a designated area instead of drifting through.

A lot of the customers require secrecy so Worldview’s operation officer could not share a lot of detail on the test.

Taber MacCallum with World View said, "We had a fully stood up balloon.  We had done all our testing.  We were happy with how the test had gone, and we were backing out of the test and in the process of backing out of the test the balloon ruptured, causing some minor damage to the building here, I think shook some window panes but everyone’s fine, no people were hurt there were no injuries.”

MacCallum says he was not at liberty to say whether the ballon was filled with flammable hydrogen, or helium, which will not burn.

Following the completion of a successful fill test on the launch pad, during the process of backing out of the full fill configuration, a significant balloon rupture occurred which was reportedly heard in the local area.  We have reached out to reassure our immediate neighbors. There were no injuries and only superficial facility damage at the site.  The flight system itself was unaffected.

Stay with KGUN9 and kgun9.com for the latest on this developing story.