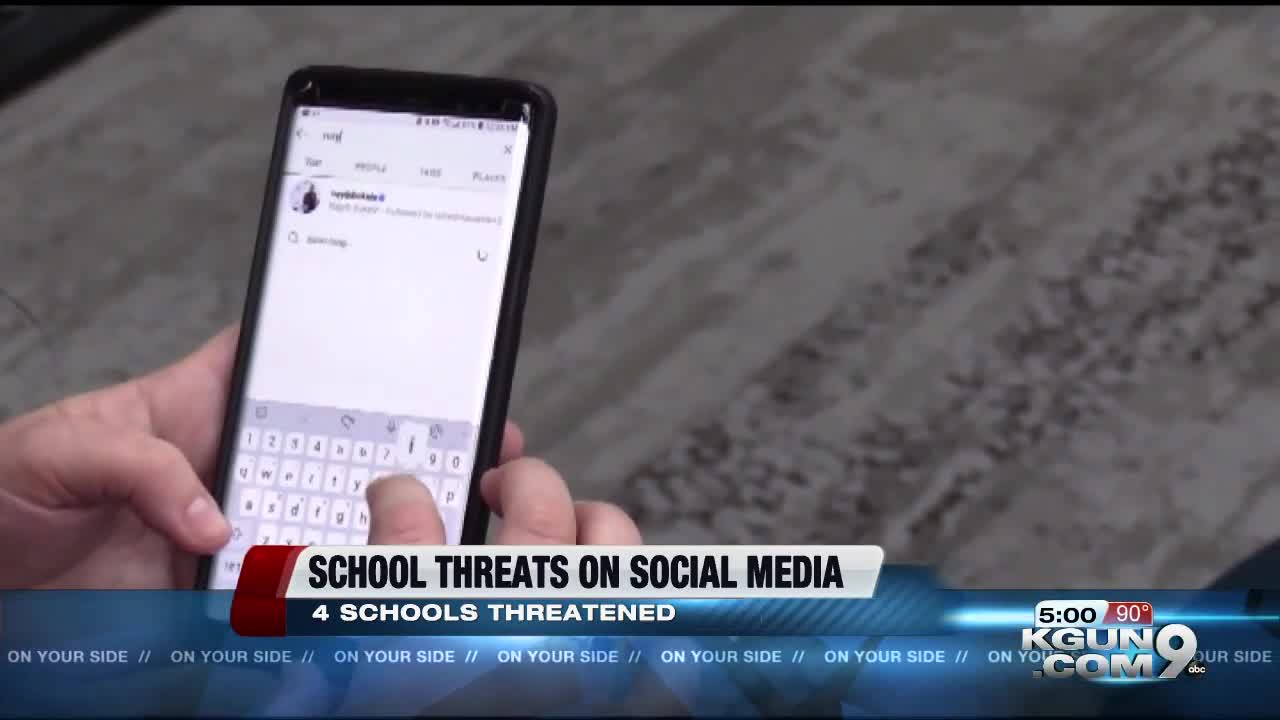 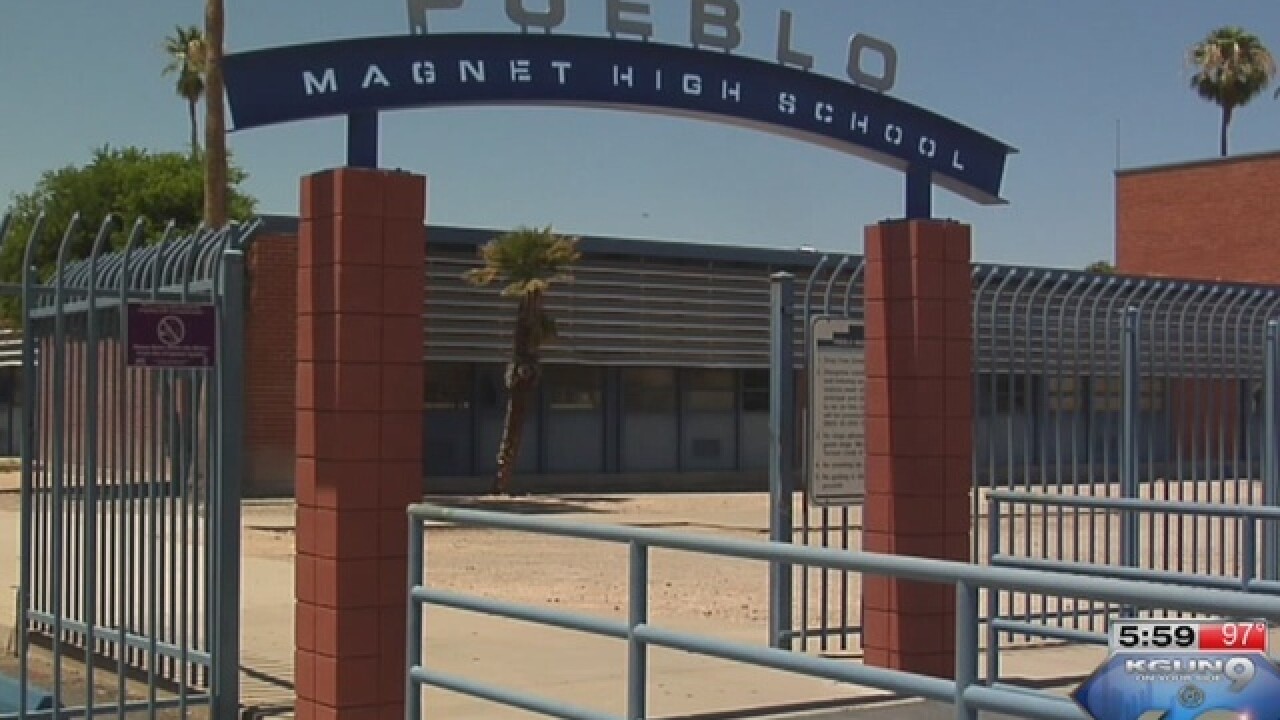 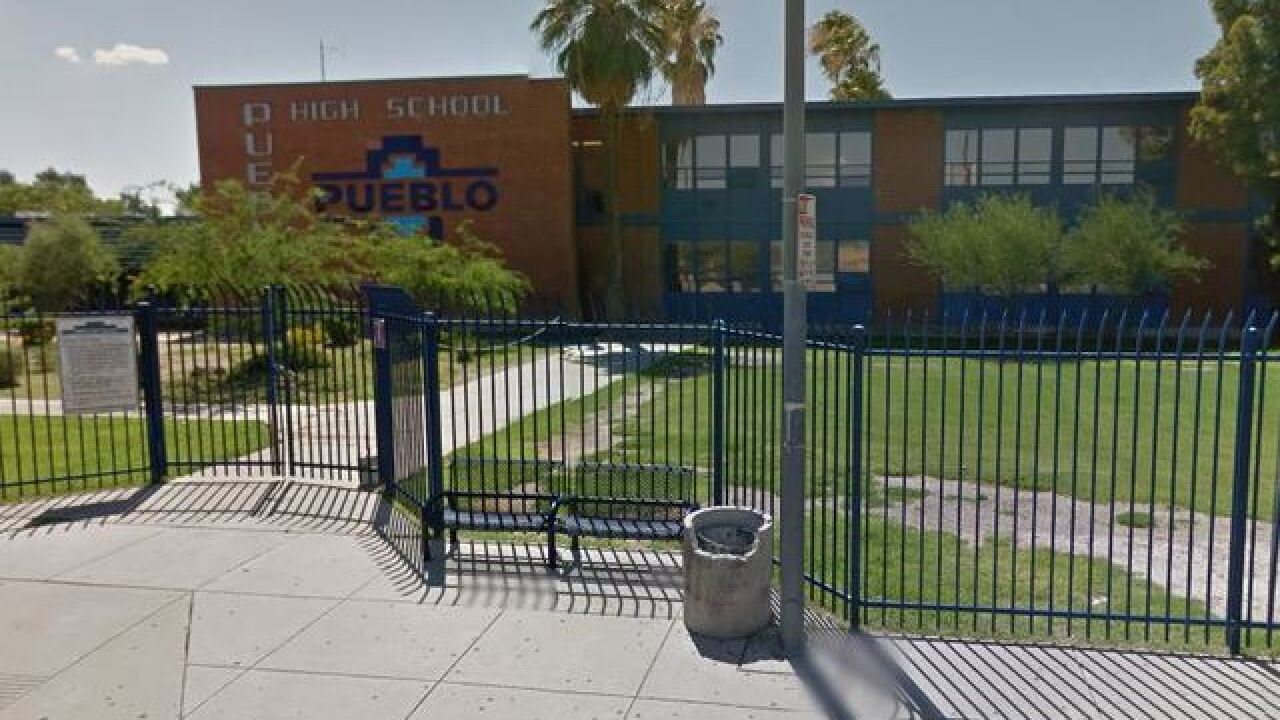 Tucson police said there would be extra patrols in the Pueblo area Monday.

Sahuarita Police said they are investigating those threats and assigning additional officers to the schools.

SPD say they have not found a credible or actionable threat.

SPD says they have requested information from different Social Media companies, which some of that information has been received, and they will continue to work with the companies.

Overnight the Tucson Police Department investigated a possible threat against Pueblo school that was brought forth by a parent who said they learned of a snap chat posting containing the threat. The investigation is continuing. TPD and School Safety will be present on the campus as a precaution today. The school day will continue as normal and updates will be provided to you later in the day. We appreciated your understanding and encourage anyone with information to contact 911 or School Safety as we continue to look into this matter. Thank you.