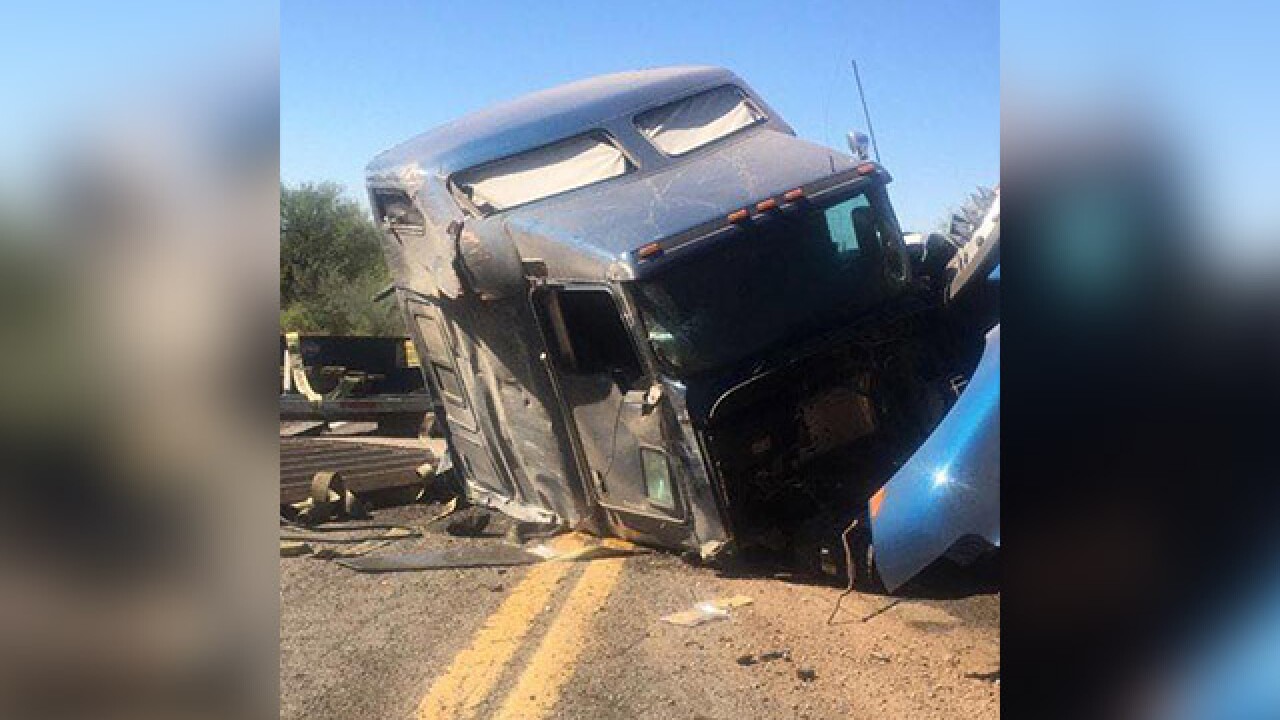 credit: Indivisible Tohono Community Member
A semi-trailer carrying panels to be used in construction of the border wall in southern Arizona crashed on SR 86 on Wednesday, Oct. 23. 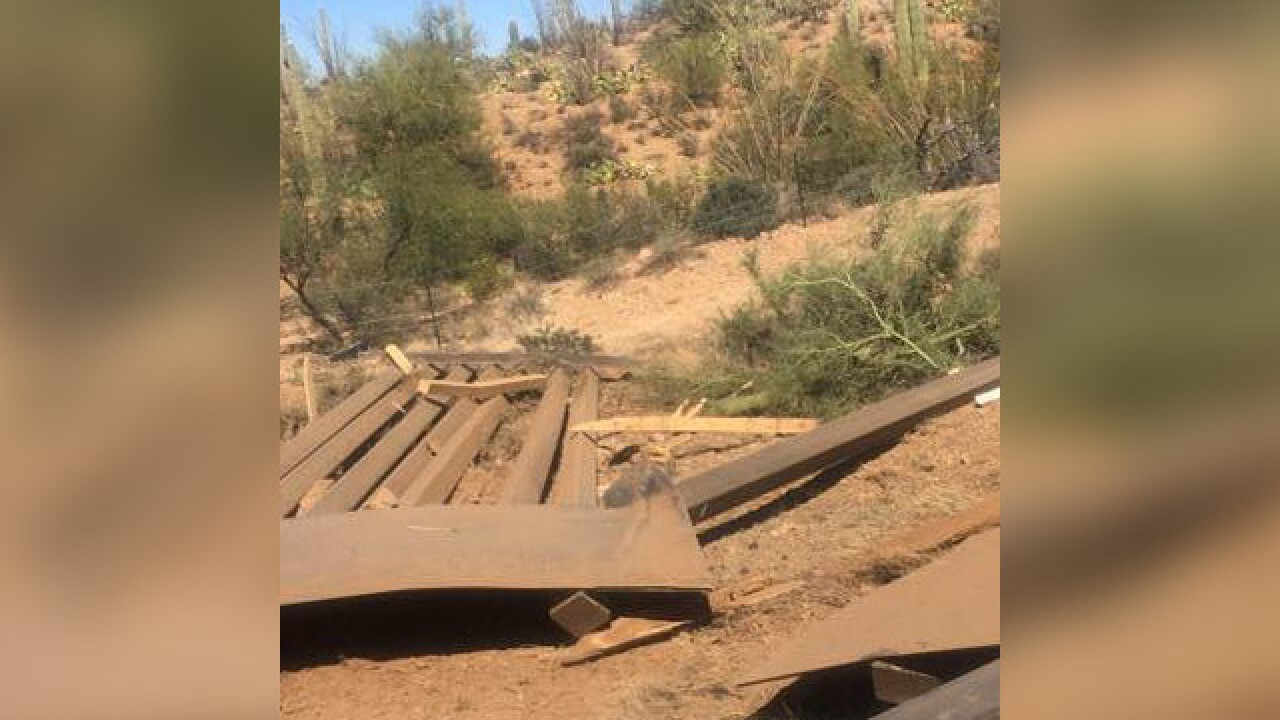 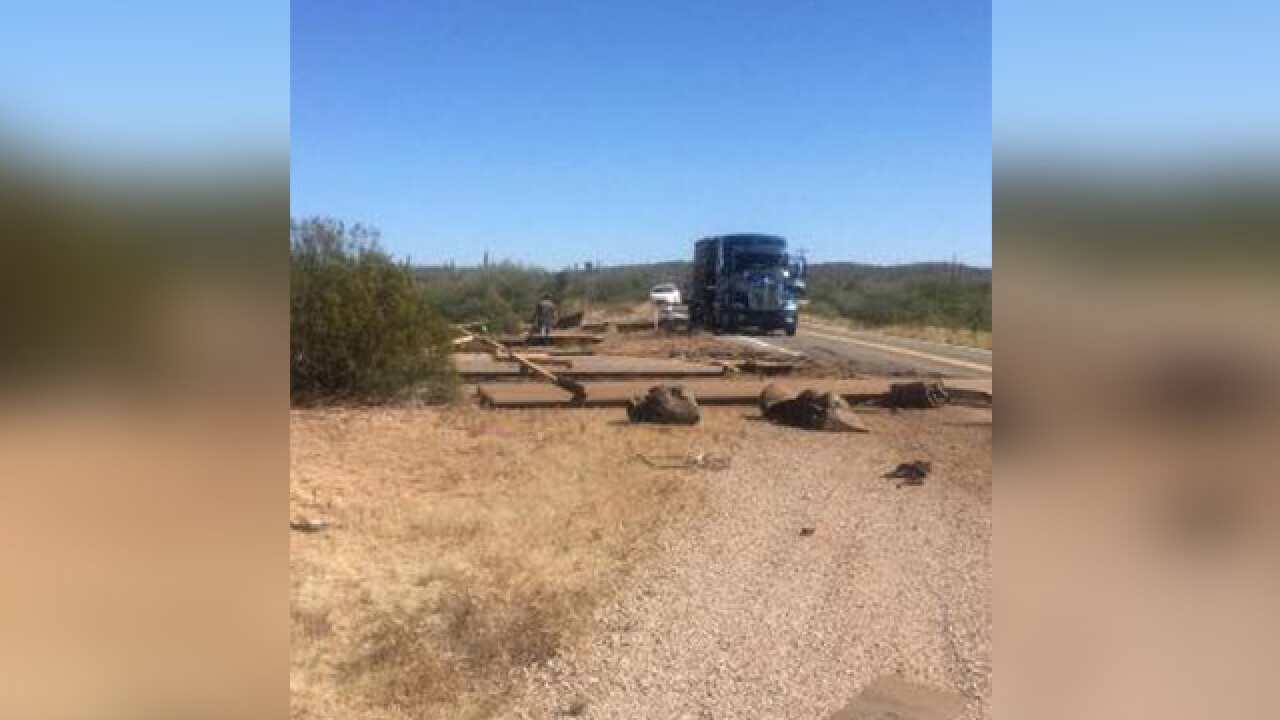 SELLS, Ariz. — A semi-trailer carrying panels to be used in border wall construction rolled over Wednesday and shut down traffic on SR-86.

According to the Tohono O'odham Nation, the crash happened at milepost 87, just west of Sells. Eastbound and westbound lanes were closed in both directions between San Simon VIllage and Covered Wells Village, but reopened after the crash was cleared.

Tohono O'odham officials say they're not sure what caused the crash.

Border Patrol officials in Tucson confirmed the crash involved a semi trailer that was hauling pieces of the border wall being constructed in southern Arizona. Construction of the wall is currently underway in Organ Pipe National Monument, west of Wednesday's crash.

No life-threatening injuries were reported, but crews had to use a heavy-duty wrecker to clean up the crash, Tohono O'odham officials say.

The investigation into the crash is being led by the Tohono O’odham Nation Police Department.