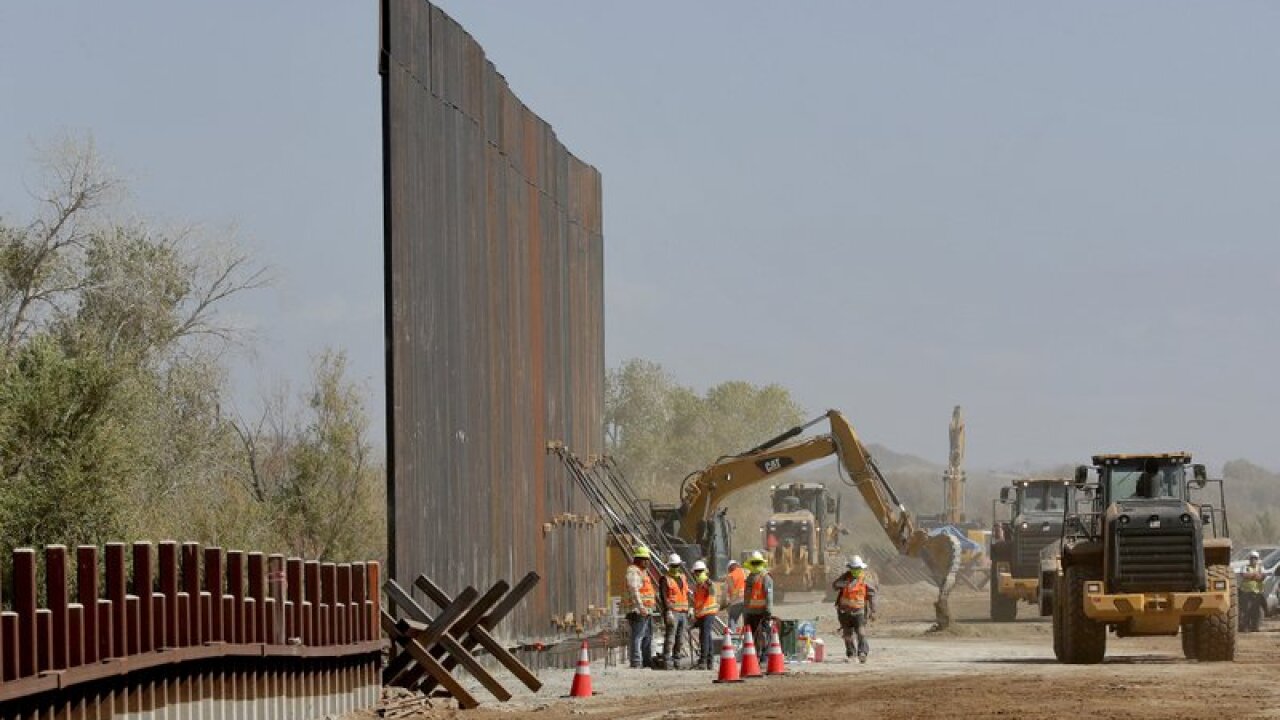 (Copyright 2020 The Associated Press. All rights reserved. This material may not be published, broadcast, rewritten or redistributed.)
On a dirt road past rows of date trees, just feet from a dry section of Colorado River, a small construction crew is putting up a towering border wall that the government hopes will reduce — for good — the flow of immigrants who cross the U.S.-Mexico border illegally.

WASHINGTON — The Trump administration plans to transfer federal land into military control in order to continue construction of the wall along the southern border, officials from the Interior Department announced Wednesday night.

The Department of Interior, which controls public land around the country, announced that 560 acres of federal land will be transferred to the Army for the construction of 70 miles of border wall.

The transfer of land includes more than 300 acres of land in Yuma County, Arizona, including along the Cabeza Prieta National Wildlife Refuge, as well as 110 acres of land in the El Paso, Texas, area and 43 acres in San Diego County in California.