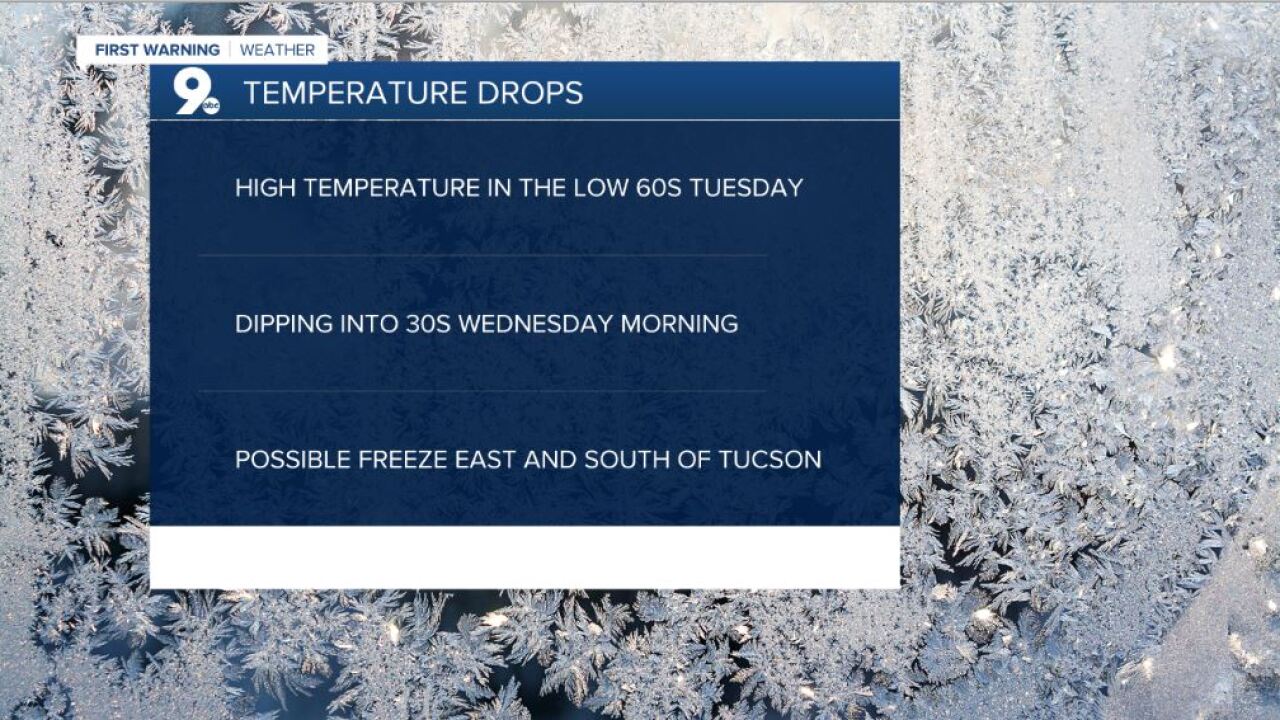 TUCSON, Ariz. — A Freeze Warning will be in effect for the Tucson area from late Monday night through Tuesday morning.

KGUN9's Chief Meteorologist Cuyler Diggs says lows are expected to drop into the mid-30s for most of the Tucson Metro area.

Hard Freeze Warnings are in effect for much of SE Arizona where overnight lows could drop as low as 20 degrees in many locations of Santa Cruz, Cochise & Graham counties. Be sure to protect your pipes, plants, pets & people in these areas for the next two nights... pic.twitter.com/XR8inObKum

A hard freeze warning is in effect for higher elevations east and south of Tucson for tonight and tomorrow night.

*Freeze Warning* tonight for portions of southeast Arizona. Locales south and east of Tucson will see morning lows below freezing with a few spots in the Tucson Metro possibly seeing temps around freezing.

Areas like Sierra Vista, Benson, Douglas, Willcox, and surrounding locations will see lows drop into the low to mid-20s the next couple of mornings.

In Tucson, high temperatures will only climb into the 60s on Tuesday and Wednesday. Highs quickly return to the 80s for the end of the week.