Pat McCormick
An 18-foot snowman named Franklin is drawing national attention after the family who built him put out a call online for knitted materials like sweaters and scarves so they could sew together a 20-foot scarf to keep the white giant warm.
By: CHRIS FRANCESCANI OF ABC NEWS
Posted at 9:17 PM, Dec 25, 2018

For three years running, the McCormick family has been building a massive snowman named Franklin in their front yard, that has become an annual holiday magnet for the children in the tiny hamlet of Vermontville, New York in the northernmost county in the state.

“We probably have 20 people a day stopping in front of the house to take pictures,” Amy McCormick told ABC News on Christmas morning.

This year, though, the family took Franklin to the next level.

Back when he was just a 12-foot tall sapling of a snowman, Franklin rocked a respectable, 30-gallon garbage can as a top hat, but he outgrew it.

Pat McCormickNeighborhood kids in Vermontville, N.Y. cozy up to Franklin, an 18-foot snowman in need of a really long scarf. 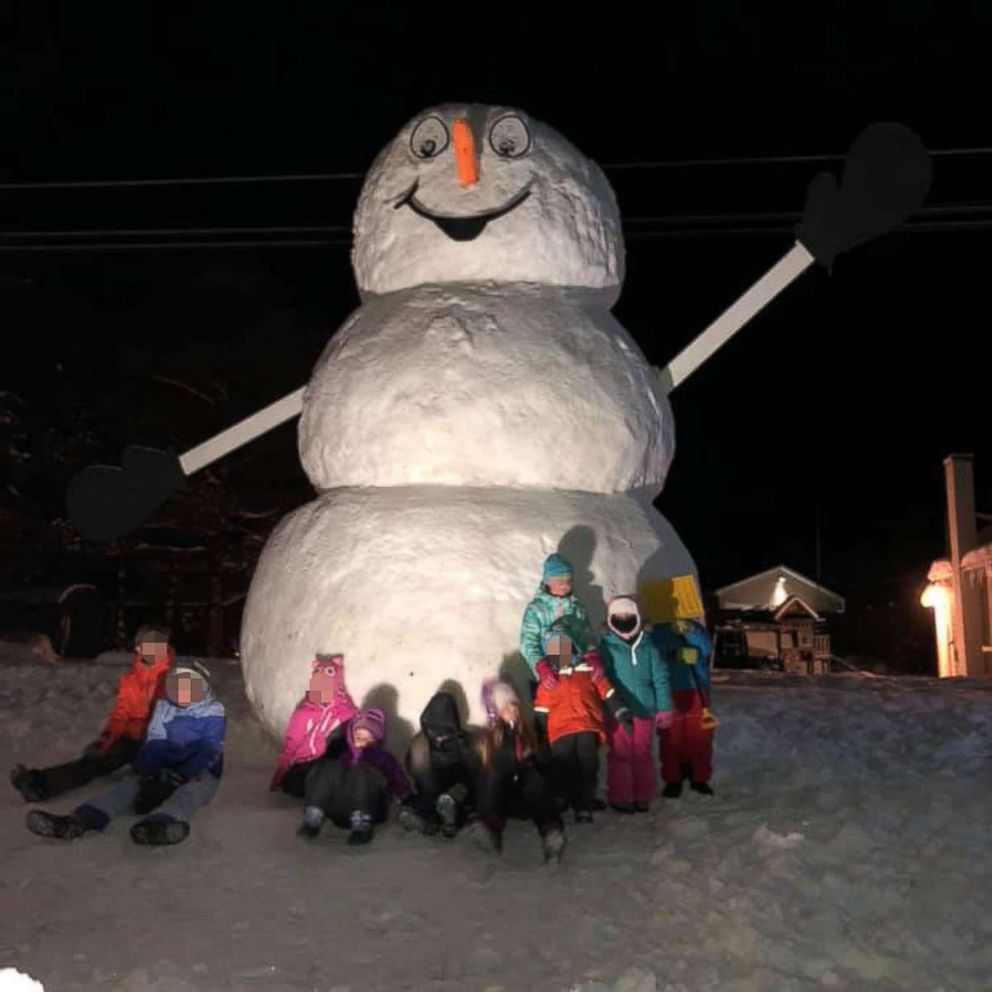 That led to another revelation: a hat as fancy as that was going to require an equally impressive scarf.

”Oh God, we [are] constantly packing the holes with snow and anything that melts -- sometimes his arms fall off -- and we have to just go and put them back on.

“As far as the scarf goes, last year we had just a chintzy scarf, nothing serious,” “This year, he became much bigger – he’s taller and he’s wider and he could really use a nice, big scarf.” 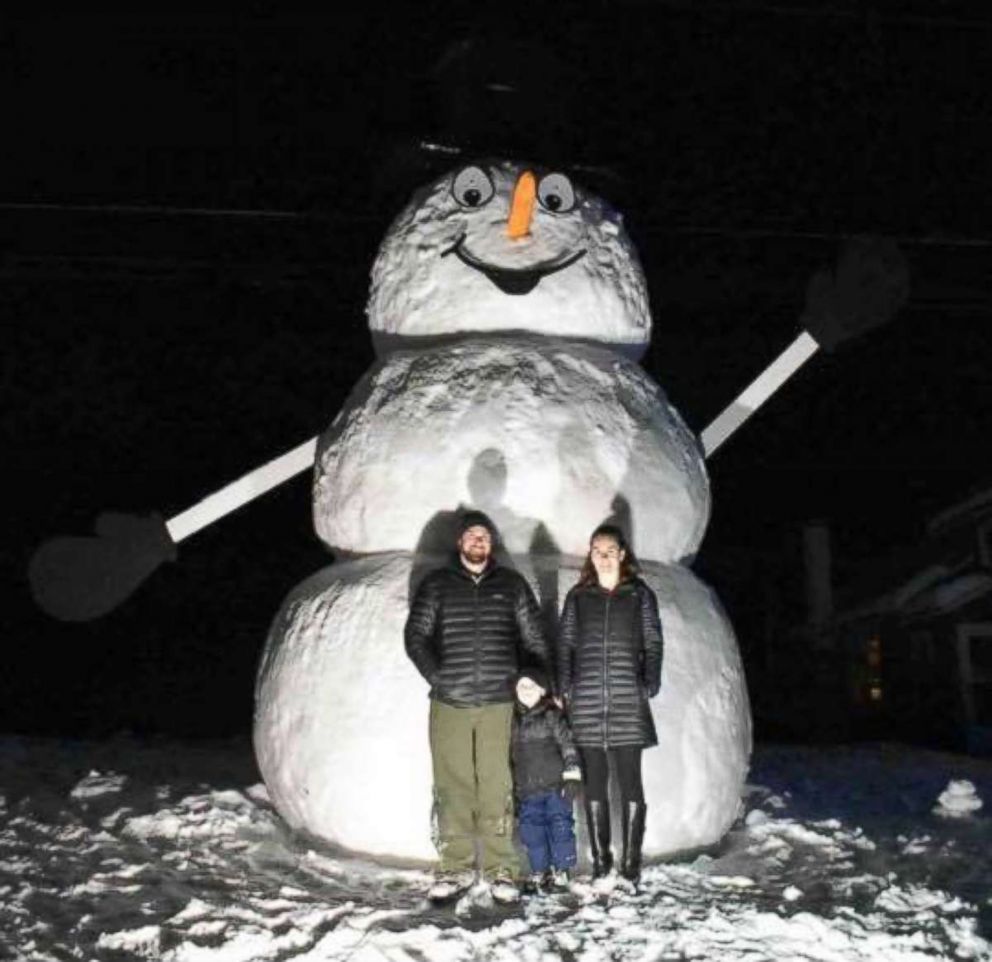 Pat McCormickPat and Amy McCormick, their son Elliott, and Franklin, an 18-foot snowman.

So the McCormicks created a Facebook page and issued a call online for knitted material donations that could be sewed into a 20-foot scarf.

“Right out of the gate after we put up the Facebook page, a woman from over in Vermont reached out and wanted to know ‘how long does it need to be, and what material and how long?’ and she was going to get all her friends together to help out,” she said, adding that “we got a message from Milwaukee this morning saying ‘Good morning Franklin!’”

“It’s always been my hope that something like this would pull the community together to give everyone a chance to be a part of Franklin," she said, "but seeing as we’ve been picked up by local media it seems to be having a much farther reach than we anticipated!” 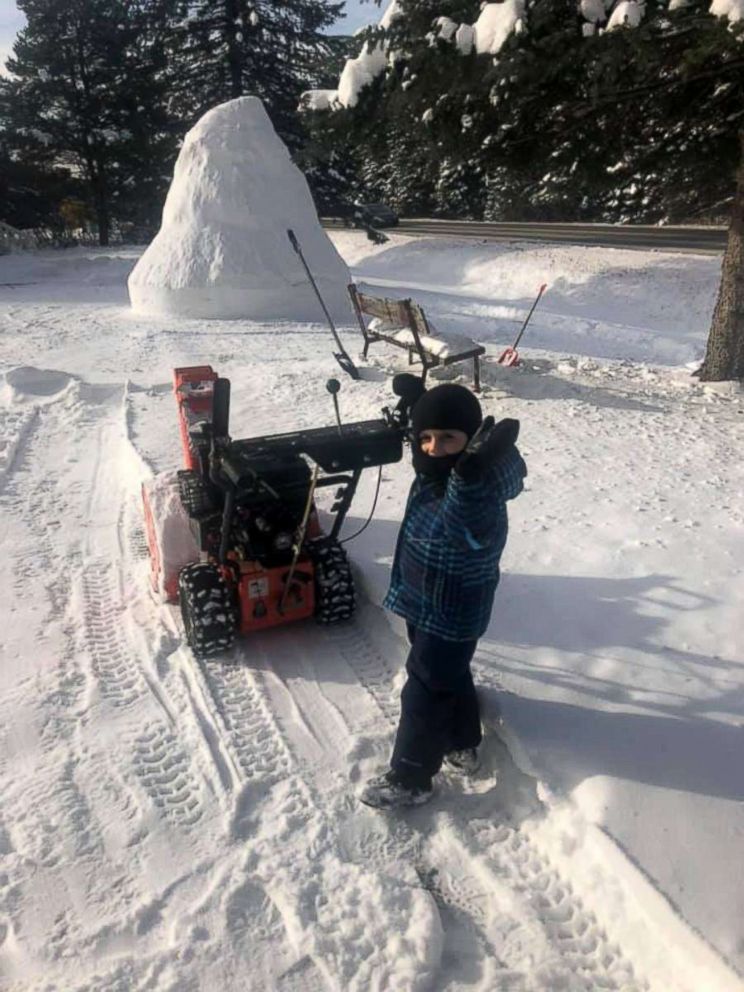 She seemed to take the potential for a deluge of holiday wool in the mail in stride.”It’s always been my hope that something like this would pull the community together to give everyone a chance to be a part of Franklin.

“Hey, if we get more than one scarf he can have a wardrobe change!”

'One shovel of snow at a time'

The construction of Franklin begins weeks before the holidays and spans multiple days, according to the McCormicks.

“We have a household snow blower that we just start going around the yard in circles with and blowing all the snow into big piles in the center of the yard and [blow] it high as we can,” Pat McCormick explained. 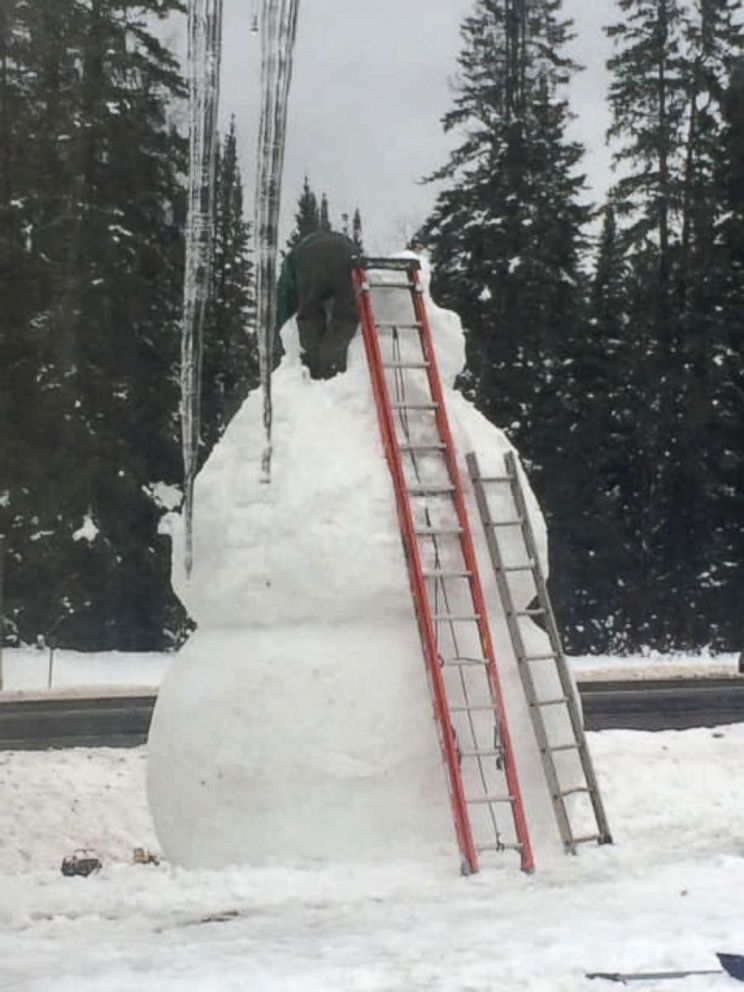 “And when the snow blower can’t reach the top, we get the ladders out and pile it on -- one shovel of snow at a time, just climbing up the ladder and packing it on.”

Broken arms, holes in the head

By all accounts, Franklin is a needy snowman.

"Oh God, we [are] constantly packing the holes with snow and anything that melts -- sometimes his arms fall off -- and we have to just go and put them back on," Pat McCormick said. 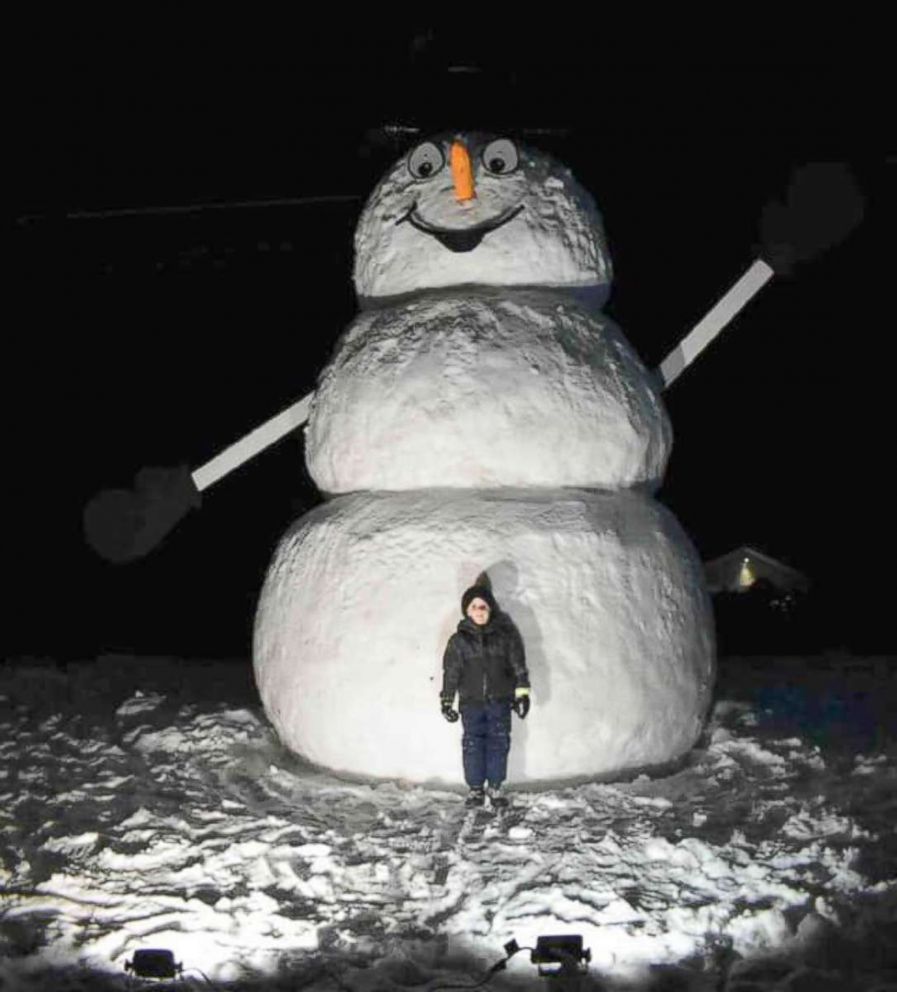 “It was 50 degrees and raining, so we put a giant tarp over his head,” Pat McCormick recalled. “It only took a couple hours to fix him up."

“My husband gets so excited about it and really enjoys building things and I think it’s just his nature to want to do something bigger and better,” she said. “Naturally he wanted to make it a little bit bigger each year. Where do we go from here? I don’t know."

“I’m the head cocoa maker, so I stay inside and watch the construction process and warm up the kids. I just kind of shake my head and say, ‘Oh my.’