The Latest: Trump considering 4 to be next chief of staff 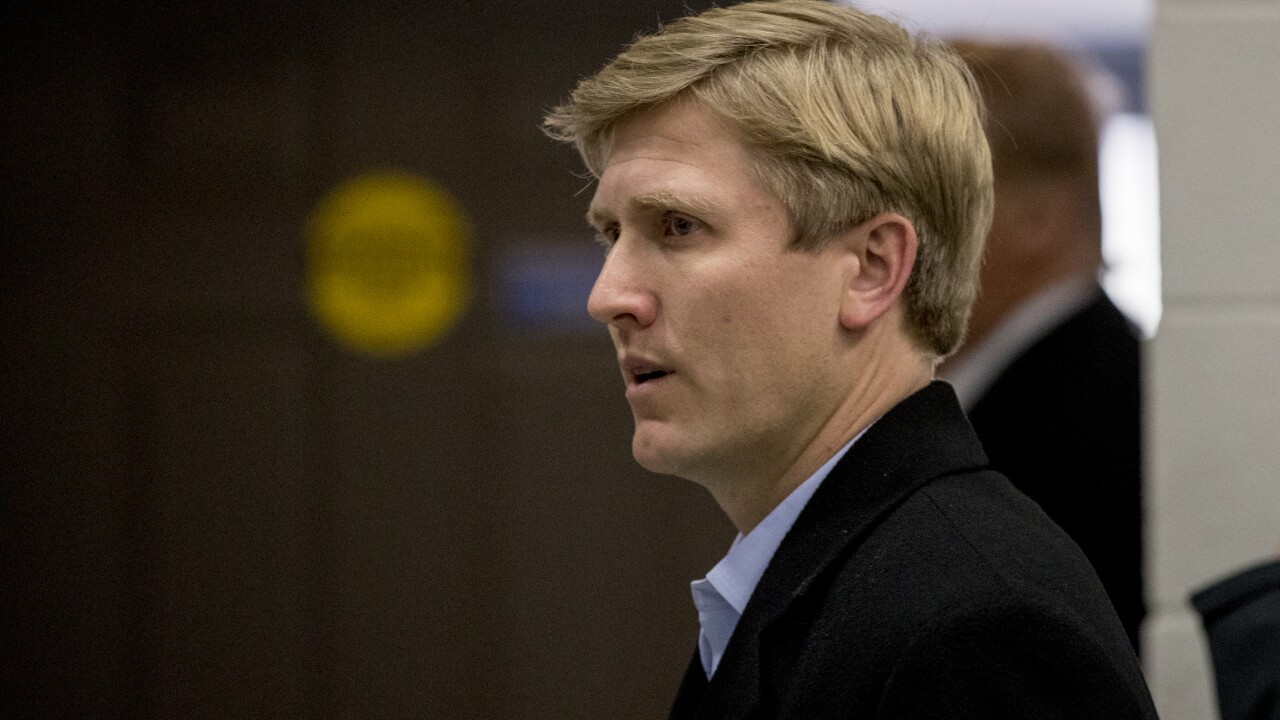 (Copyright 2020 The Associated Press. All rights reserved. This material may not be published, broadcast, rewritten or redistributed.)
(AP Photo/Andrew Harnik)
Vice President Mike Pence&#39;s Chief of Staff Nick Ayers, center, arrives for a news conference with President Donald Trump and Republican congressmen after participating in a Congressional Republican Leadership Retreat at Camp David, Md., Saturday, Jan. 6, 2018. A seasoned campaign veteran at age 36, Ayers is emerging as a leading contender to replace White House chief of staff John Kelly, whose departure has long been the subject of speculation.(AP Photo/Andrew Harnik)

WASHINGTON (AP) — The Latest on the White House chief of staff (all times local):

———
5 p.m.
President Donald Trump is considering four people as he determines who will be his next chief of staff.

A person familiar with Trump's thinking tells The Associated Press that the director of the Office of Management and Budget, Mick Mulvaney, is among those under consideration to replace John Kelly.

The person thought to be the president's top choice for the job, vice presidential chief of staff

Nick Ayers, tweeted Sunday that he's no longer in the running for the position. Instead, he will begin overseeing a pro-Trump political action committee next year.

A White House official tells the AP that Trump and Ayers could not reach agreement on Ayers' length of service. Trump wants his next chief of staff to hold the job through the 2020 election.

That's according to a White House official who is not authorized to discuss the personnel issue by name and spoke on condition of anonymity.

The official says that Trump and Ayers could not agree on Ayers' length of service. The father of young children, Ayers had agreed to serve in an interim capacity though the spring, but Trump wanted a two-year commitment.

The official says that Ayers will instead assist the president from outside the administration.

Trump announced Saturday that Kelly would be departing the White House around the end of the year.
Copyright 2018 The Associated Press. All rights reserved. This material may not be published, broadcast, rewritten or redistributed.