Vin Scully: 'I will never watch another NFL game' due to national anthem protests 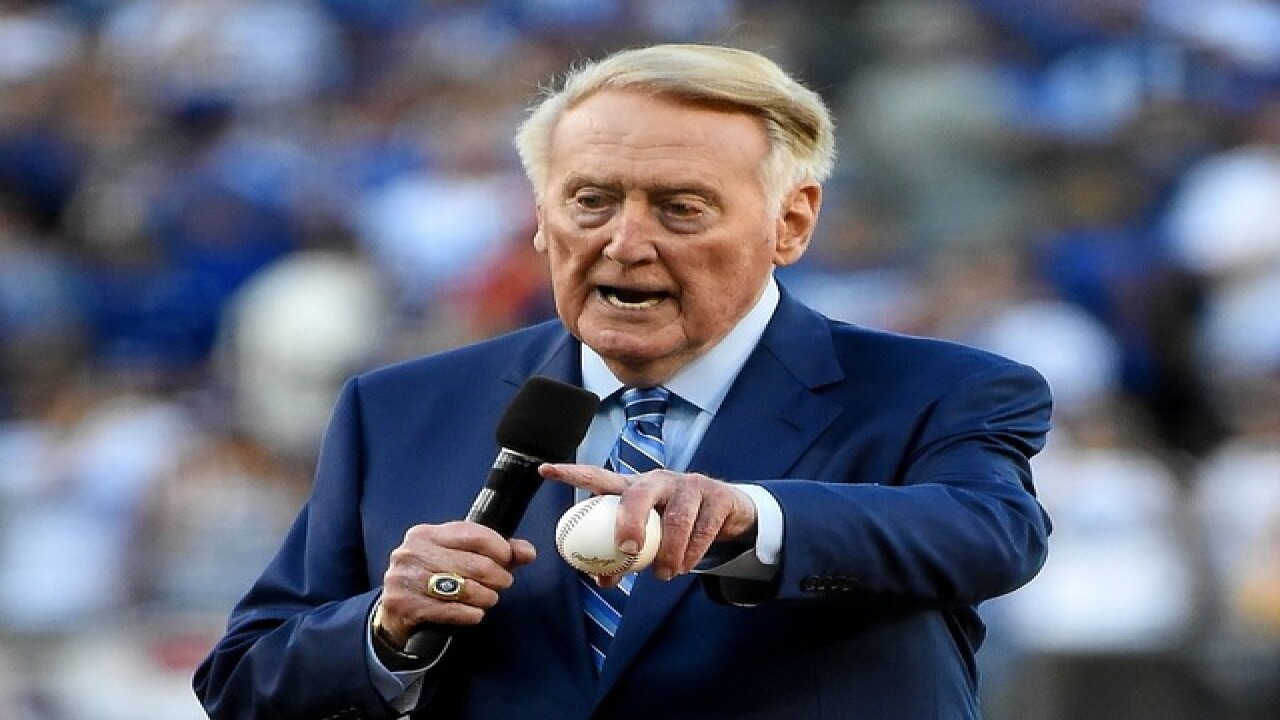 Add legendary Los Angeles Dodgers broadcaster Vin Scully to the list of people who have decided to avoid the NFL following the uprise in protests that have taken place during the national anthem.

During a speech given at an "Evening with Vin Scully" event in Pasadena, California on Saturday night, Scully, who retired last year after 67 years with the Dodgers, told attendees that he will "never watch another NFL game" as a result of players who have sat or kneeled during the national anthem before NFL games in protest of racial inequality in America.

"I have only one personal thought, really. I am so disappointed -- and I used to love during the fall and winter to watch the NFL on Sunday. And it's not that I'm some great patriot. I was in the Navy for a year. Didn't go anywhere, didn't do anything. But I have overwhelming respect and admiration for anyone who puts on a uniform and goes to war," the 89-year-old Scully said.

"So the only thing I can do in my mind is not to preach. I will never watch another NFL game."

Scully and former Dodgers pitcher Fernando Valenzuela combined to throw the first pitch before Game 2 of the World Series in Los Angeles on Oct. 25. Last year, Scully received the Presidential Medal of Freedom, the highest honor given by the president to civilians.