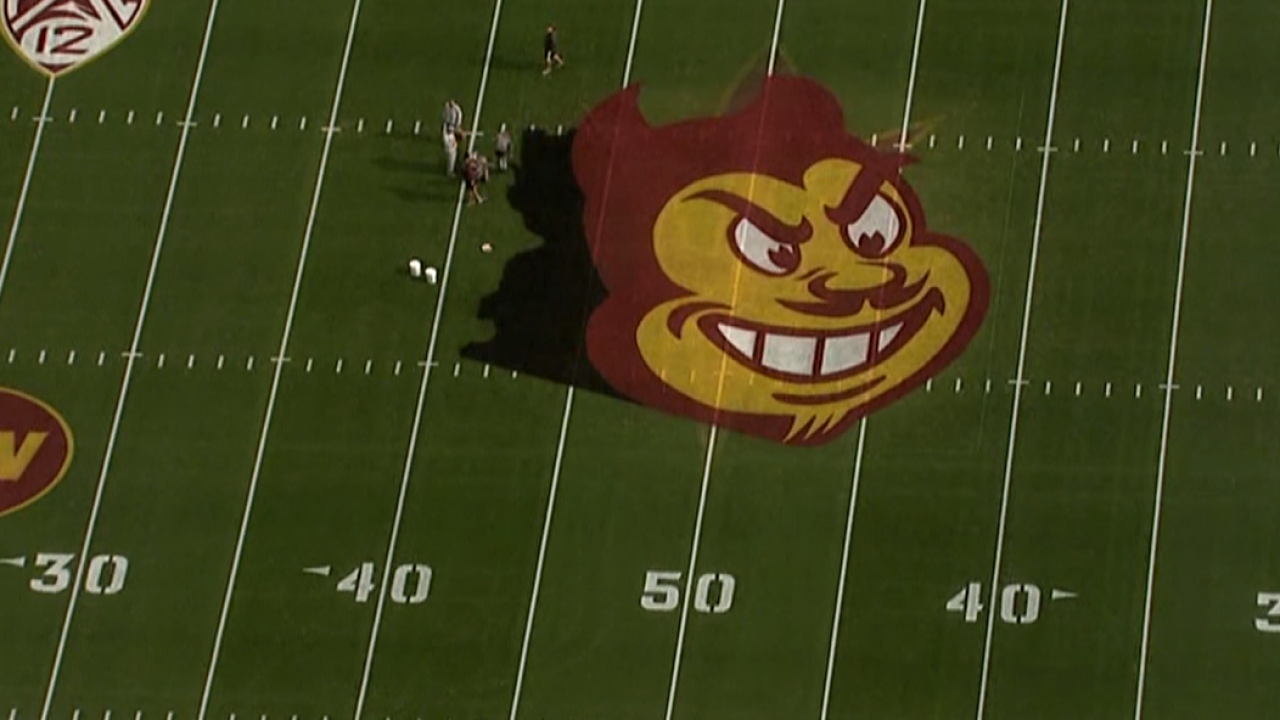 This will be the 93rd Duel in the Desert, with Arizona leading the all-time series 49-42-1. The vast majority of those Wildcat wins came prior to 1950, however. Since 1949, ASU holds a 40-29-1 record in the series. The winner of the game will receive (or retain) the Territorial Cup Trophy, and the game is recognized by the NCAA as the nation's oldest rivalry trophy game.

That said, the Arizona State Sun Devils are coming off a thrilling upset of then ranked 6, Oregon Ducks and the feeling in Tempe this week is good… really good! Add in the fact that the Devils have won the last two Territorial Cups and it’s easy to believe ASU has the upper hand coming into Saturday’s game.

ASU got a big boost from their win last weekend, becoming bowl eligible for the second time in Herm Edwards’ two seasons in Tempe. Herm always seems to have his team ready to play big games on a big stage and this is no different. The Duel in the Desert will be broadcast nationally on ESPN… sounds like another big stage!

Las Vegas has the Sun Devils as 13.5-point favorites, and while the Devils are riding high, the Wildcats are struggling; losers of six straight and with Head Coach Kevin Sumlin firing three of his defensive assistants in the last three weeks.

I’m going with ASU to win their third straight Territorial Cup and seventh in the last ten years. The Sun Devils win and get a bid to a “better” Bowl Game.

So we are in what's known around these parts as, "hate week" - errr, I mean, "Territorial Cup" week.

The 93rd edition of ASU-Arizona set to kick-off in vintage Pac-12 after dark style at 8 p.m. Saturday at Sun Devil Stadium. When offering a prediction for this game, it really looks relatively easy to make the call - on paper. ASU is coming off the monster upset of Oregon. Sun Devil quarterback Jayden Daniels is reigning national offensive player of the week. ASU is home. UofA is an all-out tailspin, having lost six games in a row while terminating a trio of defensive coaches along the way. If Herm Edwards drops this game - a rivalry game - under these circumstances, it would be the Sun Devils most disappointing loss since Oregon St. crushed ASU's playoff dreams on a cold night in Corvallis in November of 2014.

ASU has to guard against the dreaded letdown after the Oregon win, there's no doubt about that. Plus, it's senior day and sometimes emotions can cloud focus early in the game. That will be a challenge for a few - and when you're talking about ASU, it is only a few.

Any thoughts of a legitimate Wildcat upset though are thwarted because I just can't get past the fact that this is a program in complete and total disarray. Their quarterback situation is uncertain. The head coach is embattled. It's reasonable to assume the locker room has checked out for the season and not even the lure of the Territorial Cup can bring them back.

Remember when ASU went down to Tucson in 2016 and laid down in a 56-35 Wildcat win? I wonder if shoe will be on the other foot Saturday.