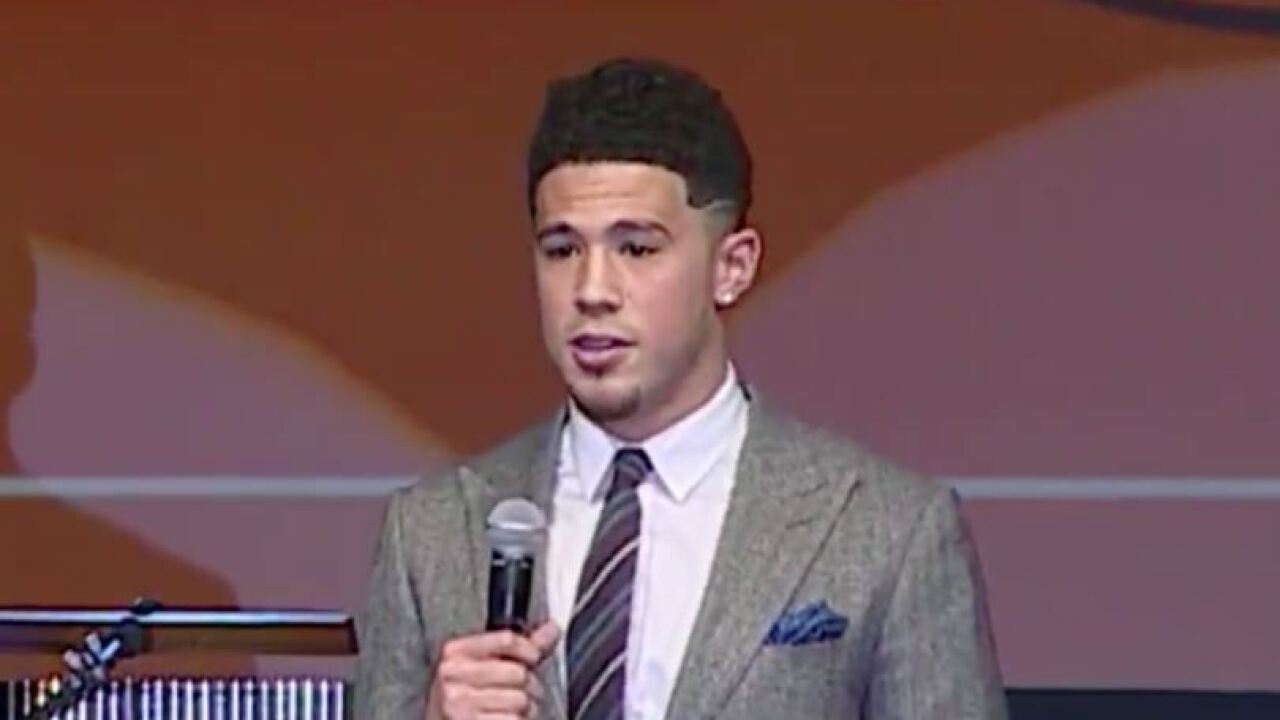 The Phoenix Suns' eight-game schedule to finish off the regular season has just been released.

The NBA is moving forward with a planned relaunch on July 30, with 22 teams of the league’s 30 teams participating in the conclusion of the season and subsequent postseason based at Orlando’s Wide World of Sports. Fans will not be allowed to watch in person.

The league also announced that the 2020-21 season will begin on December 1.

The good news: Basketball is back!

The bad news: The Suns have a long, improbable road to the playoffs.

The Suns currently sit 6.5 games behind the Memphis Grizzlies, who occupy the eighth seed in the Western Conference.

To make the playoffs, the Suns would have to climb into the ninth seed and be within four games of the eighth seed team at the end of the regular season.

Another roadblock for the Suns is that there are three teams between the Suns and Grizzlies in the standings that they’d also have to pass.

Still, it’ll be exciting to watch Devin Booker and Deandre Ayton on the court again and see what we can look forward to next season as the two continue to grow.

Here’s the full eight-game schedule for the Phoenix Suns:

ABC15 will carry three NBA games during the last stretch of the regular season. Those games are: