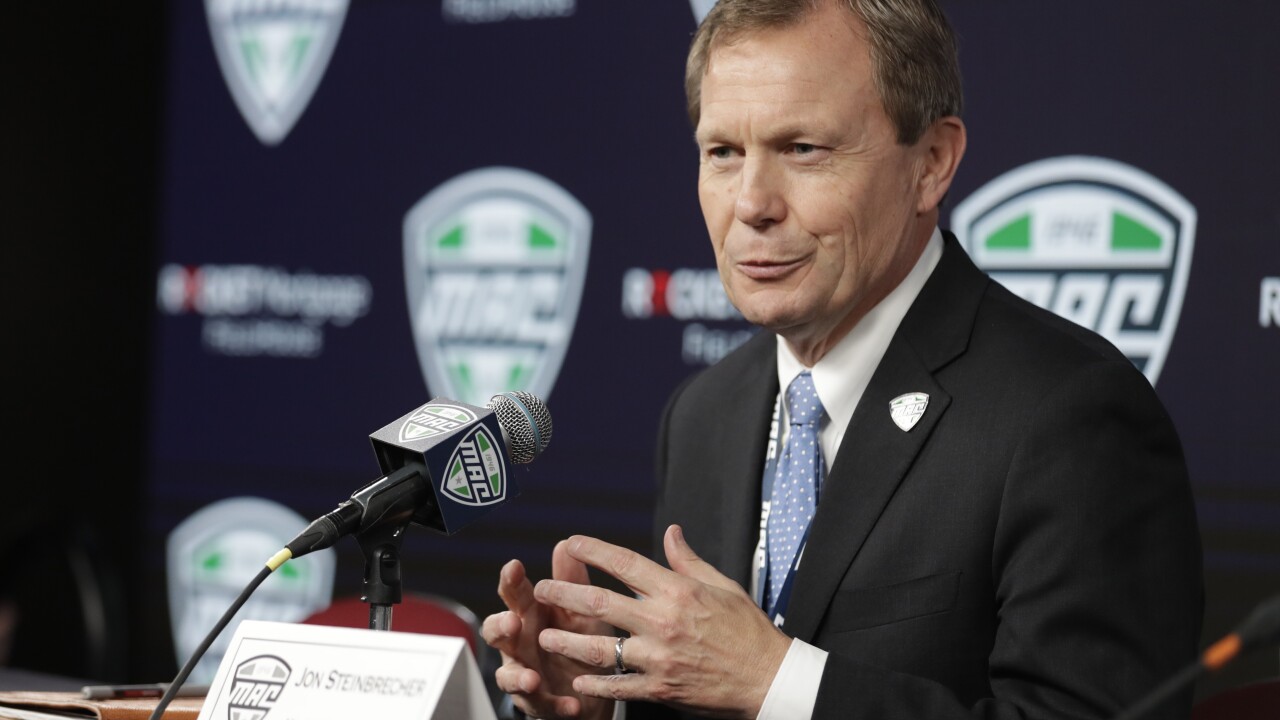 The Mid-American Conference announced on Saturday that it would be canceling the fall season for all sports due to COVID-19 concerns. They become the first league competing at college football's Division I level to cancel their fall season over Covid-19 concerns.

The Council of Presidents unanimously voted to cancel the fall season, citing the health and safety of the student athletes, coaches and communities as its top priority.

With the MAC’s 12 schools facing a significant financial burden by trying to maintain costly coronavirus protocols, the conference’s university presidents made the decision to explore a spring season for football.

Football isn't the only sport being canceled. All fall sports in the MAC, including men's and women's cross country, field hockey, men's soccer, women's soccer and women's volleyball, will not be played this season.

Kent State University sent a message to its student's athletes regarding the MAC's decision to cancel fall sports this season, stating that all student athletes who receive a scholarship will get to keep it and that the school is reaching out to the NCAA to request an additional year of eligibility for those who would like it.

Nine of 13 conferences at Division I’s second-tier of football, the Championship Subdivision, have already postponed their fall football seasons, with an eye toward making them up in the spring.

The MAC has not announced a decision for winter sports at this time.

The conference is working to plan for the 2021 spring semester and said it will continue to consult with its Medical Advisory Panel and will monitor COVID-19 developments as it makes its decision.

This story originally reported by Camryn Justice and the Associated Press on news5cleveland.com.