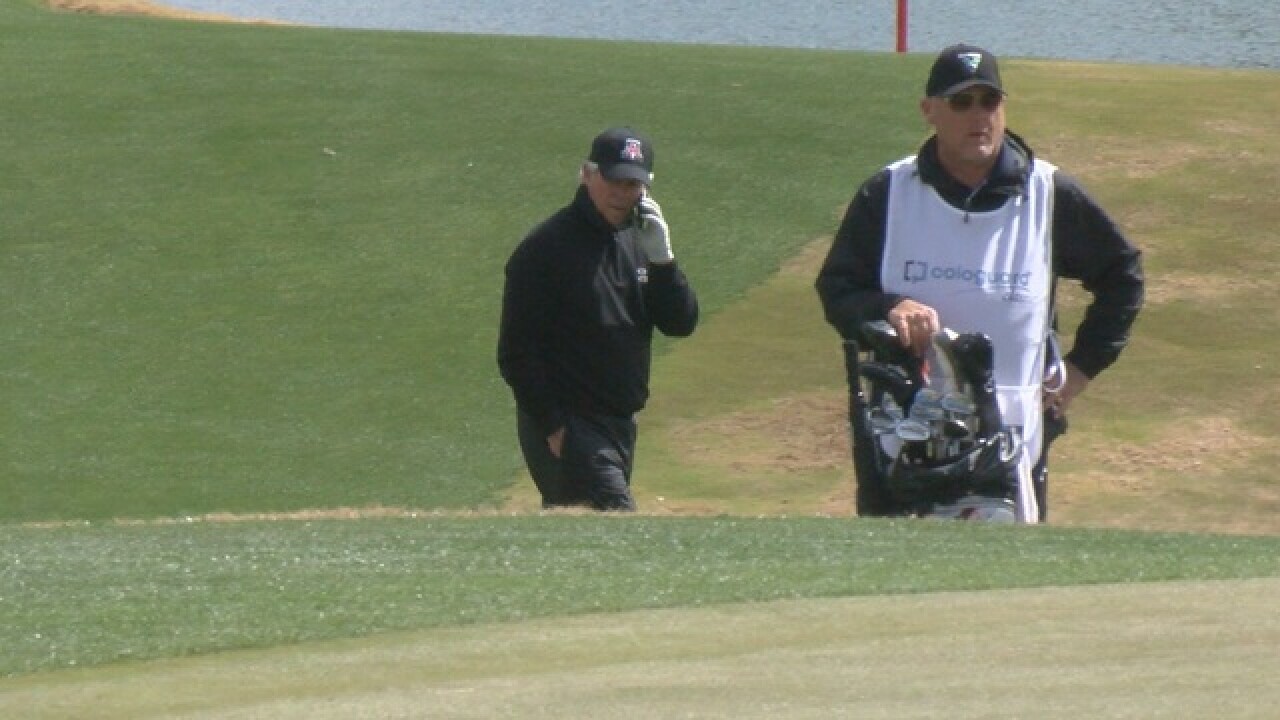 University of Arizona President Robert Robbins was able to keep his commitment of playing in the Jose Cuervo Pro-Am this morning, but his mind was elsewhere.

Robbins could be seen on the phone and appeared to be working during his round of golf. This comes as the Arizona Board of Regents has scheduled a special meeting tomorrow afternoon to discuss the status of head basketball coach Sean Miller.

Afterwards, Robbins talked even if  he didn't say much. It was the first time we've heard from a University of Arizona official since the ESPN story about the  FBI wiretapping Sean Miller broke on Friday night.

"I've got to get back and figure out what is going on" said  Robbins.  "A lot of moving reports. We'll have more to say later. We've been doing a lot of talking. What I'm trying to do is just gather facts."

University of Arizona Athletic Director Dave Heeke was scheduled to play, but he did not. The Jose Cuervo Pro-Am precedes the Cologuard Classic, which is the PGA Champions Tour event to be played this weekend at Omni Tucson National's Catalina Course.

Miller has reportedly been away from the team following the report that he was discussing possible payments to recruits on the phone. Lorenzo Romar is the associate head coach,

Thursday, the 19th ranked Wildcats host Stanford. With a win, Arizona would clinch at least a share of the Pac-12 title.

It could be a bittersweet night at McKale Center.