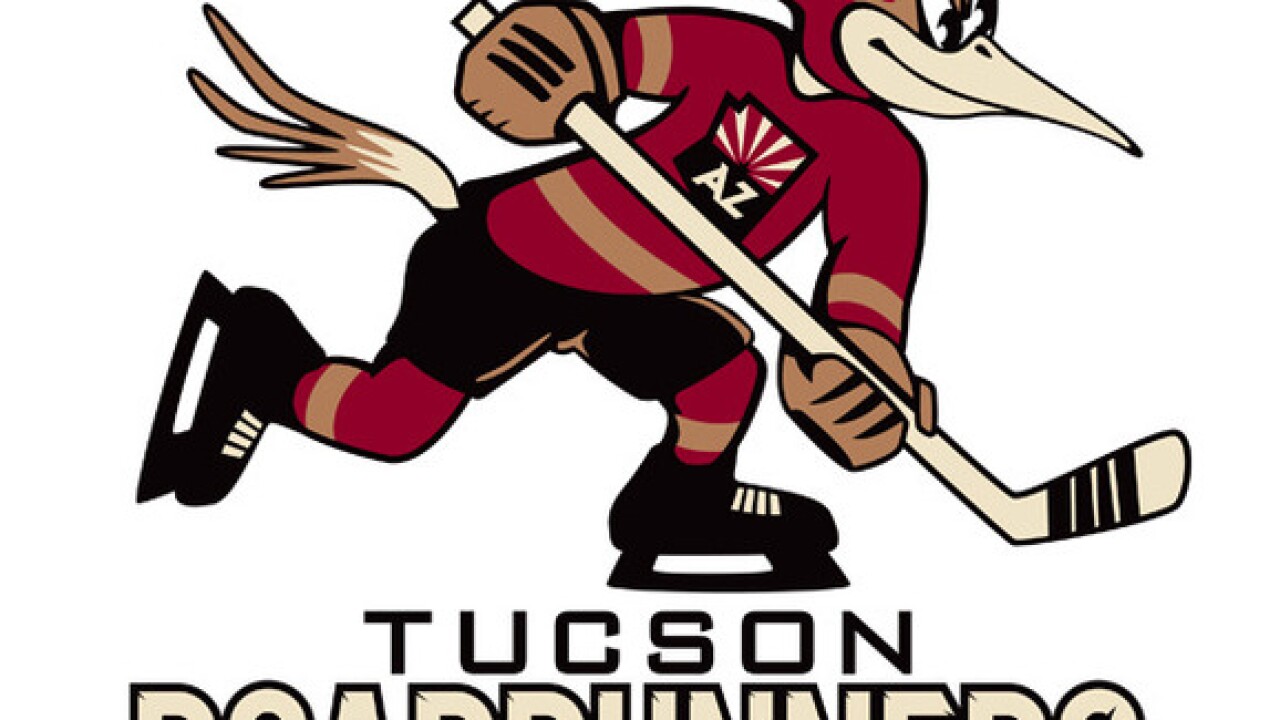 By: Jason Barr
Posted at 3:28 PM, Jan 20, 2017
The Tucson Roadrunners, winners of five in a row, play two games in Charlotte this weekend.
Meanwhile, the Coyotes have recalled forward Christian Fischer from the Tucson Roadrunners, the club's American Hockey League affiliate (AHL).
The move comes one day after Anthony Duclair was sent down to Tucson.
The 19-year-old Fischer has registered 16-16-32 and 22 penalty minutes (PIM) in 31 games with the Roadrunners this season.  The 6-foot-2, 210-pound forward leads Tucson in goals and is second on the team in points.
He was named to the Pacific Division team in the upcoming 2017 AHL All-Star Classic and was honored as the CCM/AHL Player of the Week for the period ending Jan. 15, 2017. The Wayne, Illinois native totaled 3-4-7 and a plus-five rating in three games for the Roadrunners that week.
Fischer was originally drafted by the Coyotes in the second round (32nd overall) in the 2015 Entry Draft.
Dauphin has recorded 2-1-3 and 12 PIM in 24 games with the Coyotes in 2016-17. He was originally drafted by Arizona in the second round (39th overall) in the 2013 Entry Draft.
Copyright 2017 Scripps Media, Inc. All rights reserved. This material may not be published, broadcast, rewritten, or redistributed.