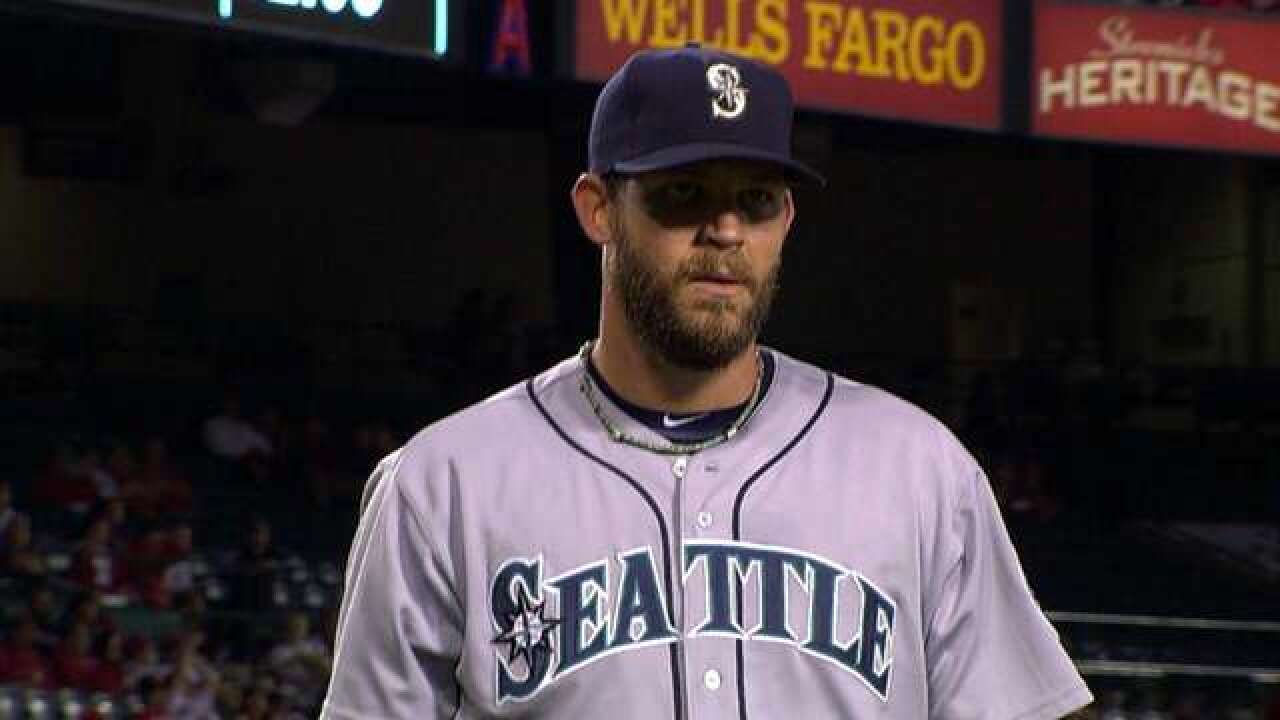 Former Tucson High School baseball player Tom Wilhelmsmen has made the Diamondbacks opening day roster.
The 33 year old relief pitcher was invited to spring training after being released by the Mariners following last season.
The 2016 season was a tough one for Wilhelmsen, who first played for Mariners before being dealt to the Rangers. He struggled in Texas, giving up 25 earned runs on 38 hits in his 21 1/3 innings before being cut loose.
Things did improve when Wilhelmsen landed back with the M's. He provided 25 innings of 3.60 ERA ball.
Wilhelmsmen was out of baseball for five years during the middle of his baseball career, and at one time was suspended for substance abuse. He worked at at Tiki bar in Tucson.
Arizona opens the season on Sunday at Chase Field against the Giants.
Copyright 2017 Scripps Media, Inc. All rights reserved. This material may not be published, broadcast, rewritten, or redistributed.