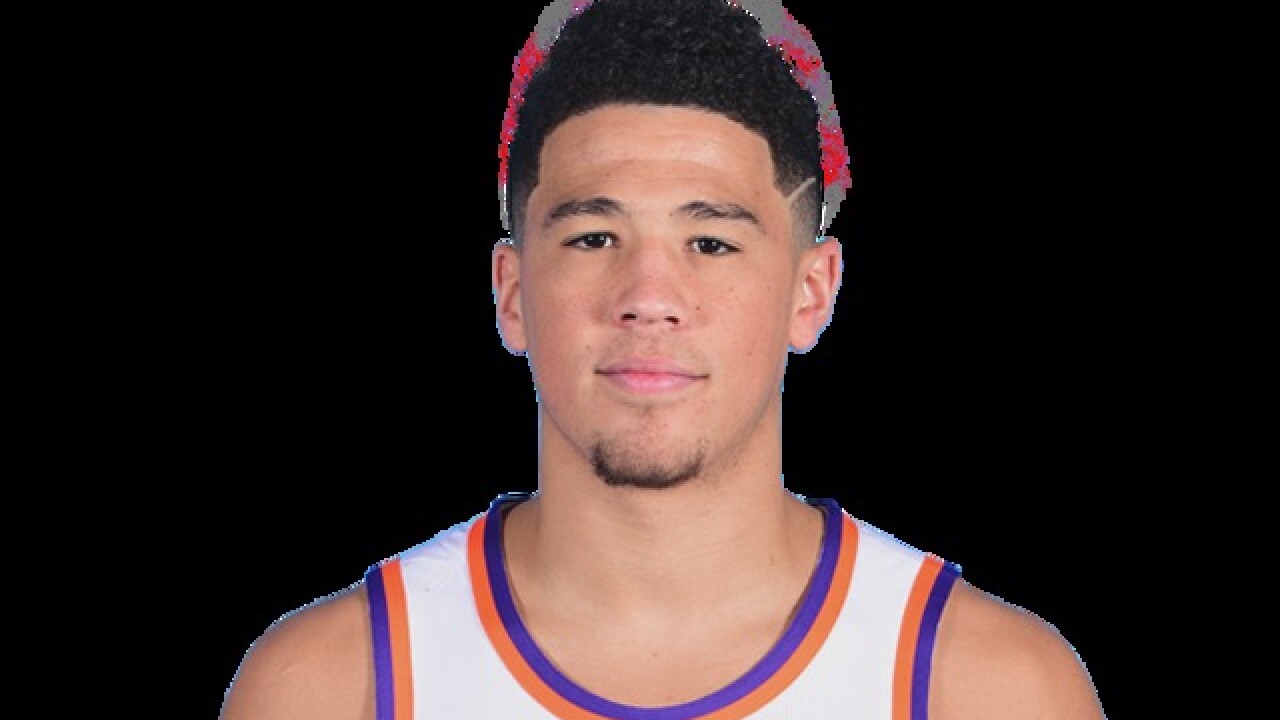 Devin Booker, the high-scoring guard at the heart of Phoenix's rebuilding plans, has signed a five-year, $158 million maximum contract with the Suns.

Booker, 21, tweeted a photo of himself smiling as he signed the deal Saturday night, moments before the Suns announced the deal.

The 13th overall pick in the 2016 draft out of Kentucky, Booker has averaged 19.8 points per game in his three NBA seasons. He averaged 24.9 points last season, shooting 38 percent from 3-point range. He won the NBA 3-point shooting contest at All-Star weekend in February.

Booker set a franchise record by scoring 70 points in a game at Boston on March 24, 2017, just the sixth player in NBA history to score that many.