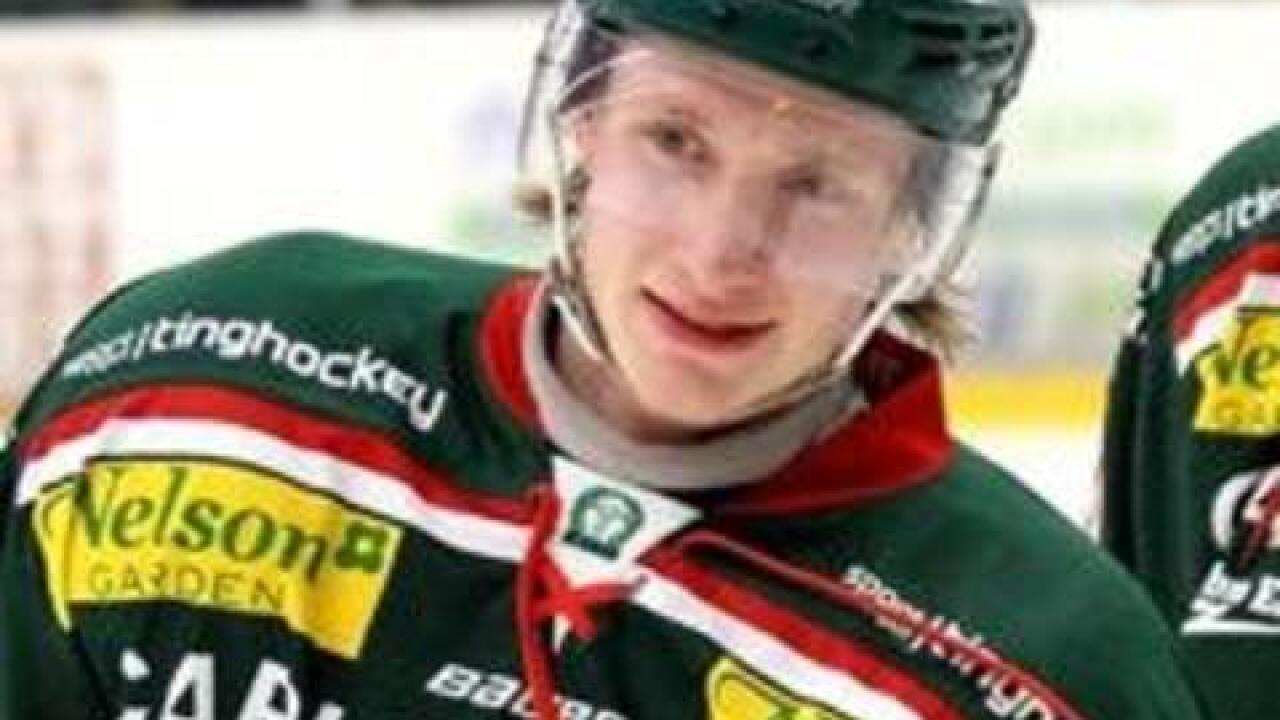 By: Jason Barr
Posted at 1:46 PM, May 20, 2017
The Tucson Roadrunners have signed defenseman Kevin Ekman-Larsson to a one-year AHL contract.
The 22-year-old Ekman-Larsson will make his North American professional debut in 2017-18 after spending the earlier part of his career in Sweden.  In 47 games last year with Tyngsryds AIF in the Allsvenskan, he notched two goals and five assists for seven points.
The 5-11, 170-pound blueliner is the brother of Coyotes defenseman Oliver Ekman-Larsson. Kevin is not considered to be an offensive defenseman like his brother, Oliver. He can stack up the assists, but is usually more of a stay at home guy.
The Karlskrona, Sweden native has also played for the Swedish National Team on both the U-16 and U-17 levels.