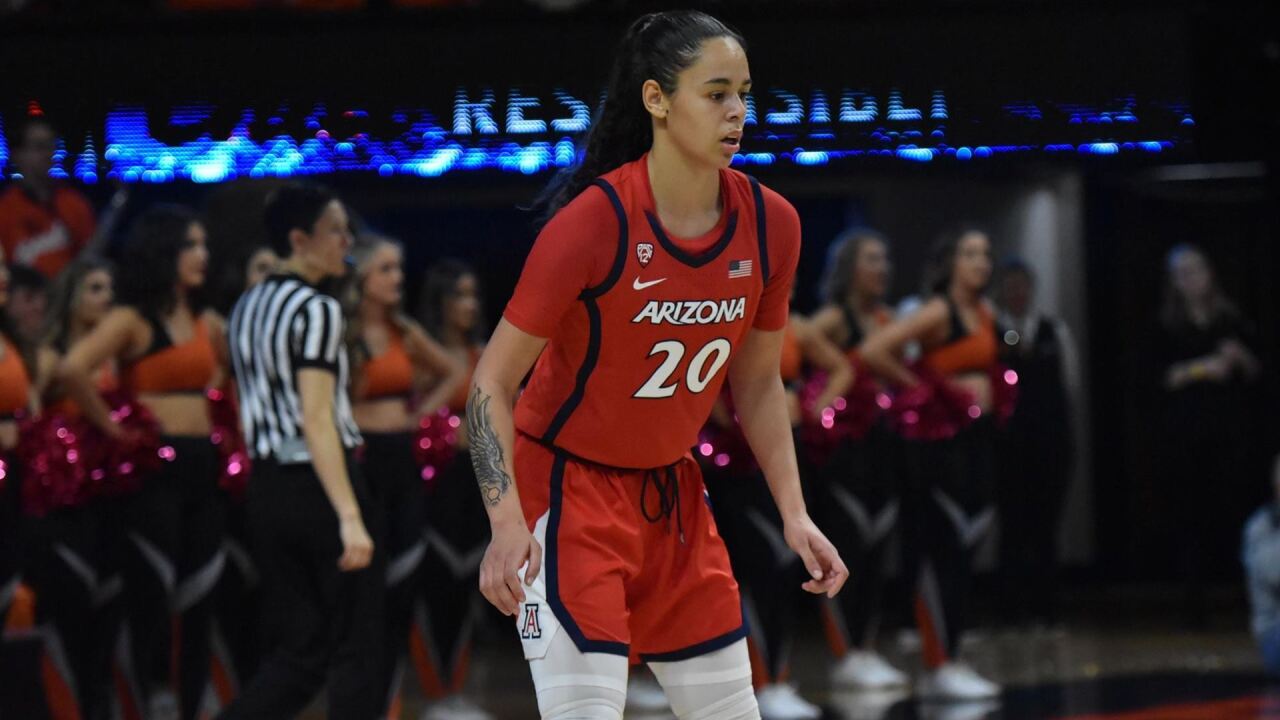 CORVALLIS, Oregon — Aari McDonald scored 22 points to lead No. 12 Arizona to a 65-58 overtime victory over No. 9 Oregon State on Sunday.

Arizona never trailed in overtime, and the key shot was a 3-pointer from Sam Thomas with 1:16 left that extended its lead to 61-56.

The Wildcats turned up their man-to-man defensive pressure in the overtime and the Beavers managed just one field goal.

Mikayla Pivec led the Beavers with 15 points and 12 rebounds.

Dominque McBryde scored 19 points and Cate Reese had 13 points for the Wildcats.

The game was closely contested the entire way.

Reese scored in the paint to give the Wildcats a 56-54 lead with 1:51 remaining in regulation. Taylor Jones’ layup tied the game at 56-all with 1:25 left, and neither team scored again until overtime.

Arizona had the final possession of regulation, but McDonald’s 30-foot shot at the buzzer was well short.

Oregon State’s Kat Tudor drilled a 3-pointer to tie the game at 50-all with 6 minutes left, and neither team had more than a two-point lead for the remainder of regulation.

Oregon State led by as much as seven points in the first half and held a 36-31 advantage at the break.