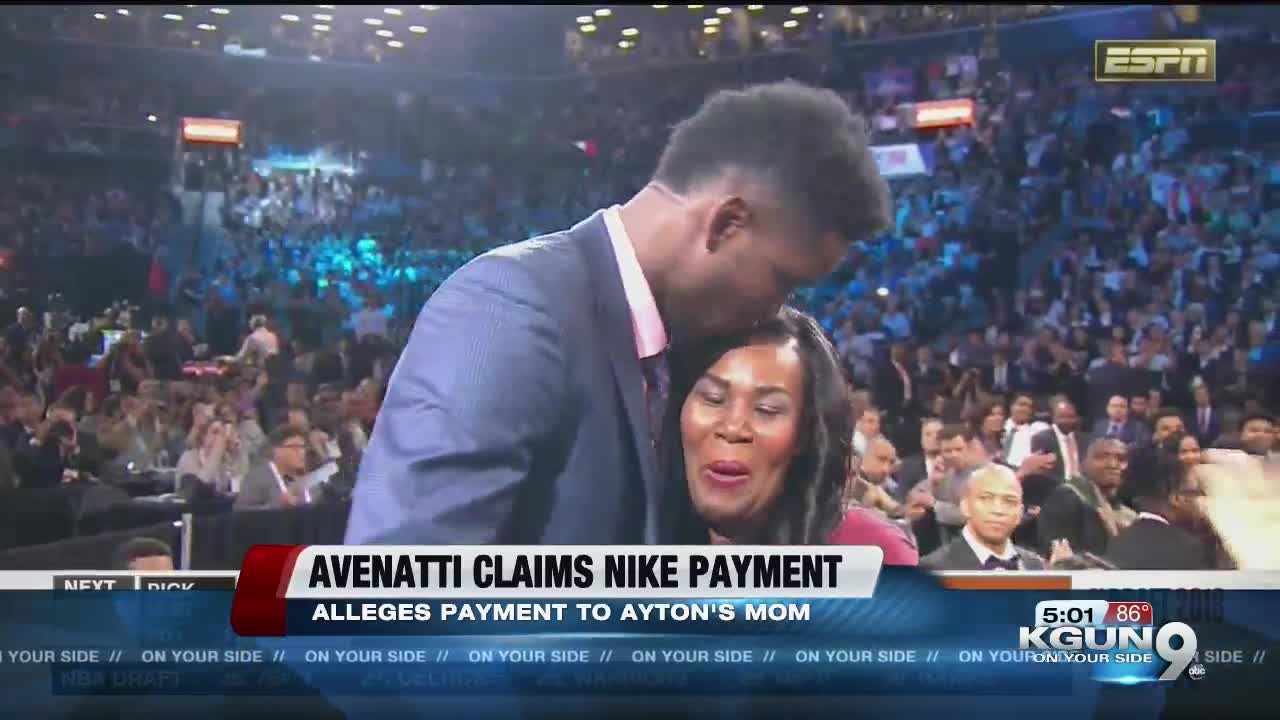 TUCSON, Ariz. — In a series of tweets Tuesday morning, lawyer Michael Avenatti responded to being charged with attempting to extort $20 million from Nike.

Ask DeAndre Ayton and Nike about the cash payments to his mother and others. Nike’s attempt at diversion and cover-up will fail miserably once prosecutors realize they have been played by Nike and their lawyers at Boies. This reaches the highest levels of Nike.

He does not specify when the alleged payments took place or the amount.

According to a criminal complaint, Avenatti threatened to release damaging information about Nike if the company didn't make millions in payment to himself and an unnamed co-conspirator.

Avenatti was arrested Monday morning. He was later relased on $300K bail.

Deandre Ayton was drafted No. 1 in the 2018 NBA draft and signed a multi-million dollar shoe deal with Puma.

KGUN9 has reached out to the University of Arizona for comment, but has not yet received a response.

This story is ongoing.