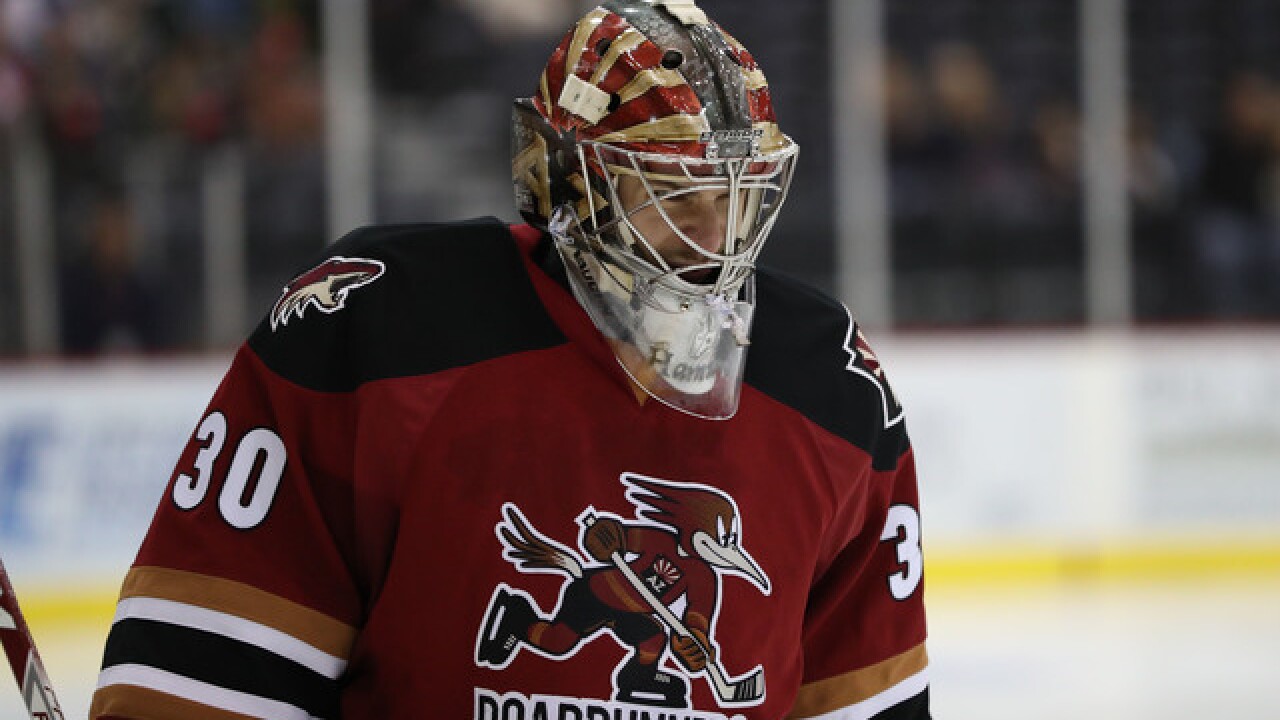 The Coyotes have signed goaltender Marek Langhamer to a one-year, two-way contract.
The 23-year-old Langhamer stopped seven of eight shots in one game with the Coyotes last season. The 6-foot-2, 185-pound netminder also registered an 8-11-2 record with a .902 save percentage (SV%) and 3.36 goals against average (GAA) in 25 games with Tucson in the AHL. Langhammer had a 5-2-0 mark with a .913 SV% and a 2.72 GAA in seven games with Rapid City (ECHL) in 2016-17.
The Moravska Trebova, Czech Republic native was drafted by the Coyotes in the seventh round (184th overall) in the 2012 NHL Entry Draft. Terms of the contract were not dislcosed.
Copyright 2017 Scripps Media, Inc. All rights reserved. This material may not be published, broadcast, rewritten, or redistributed.