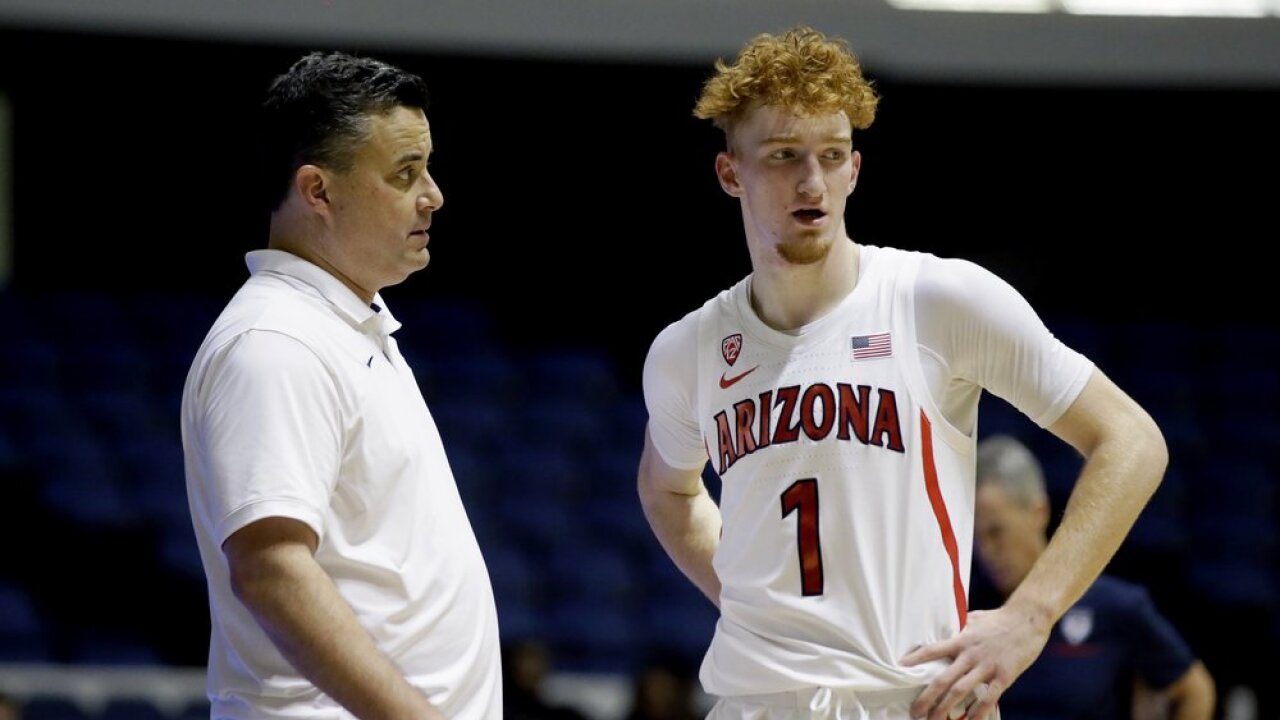 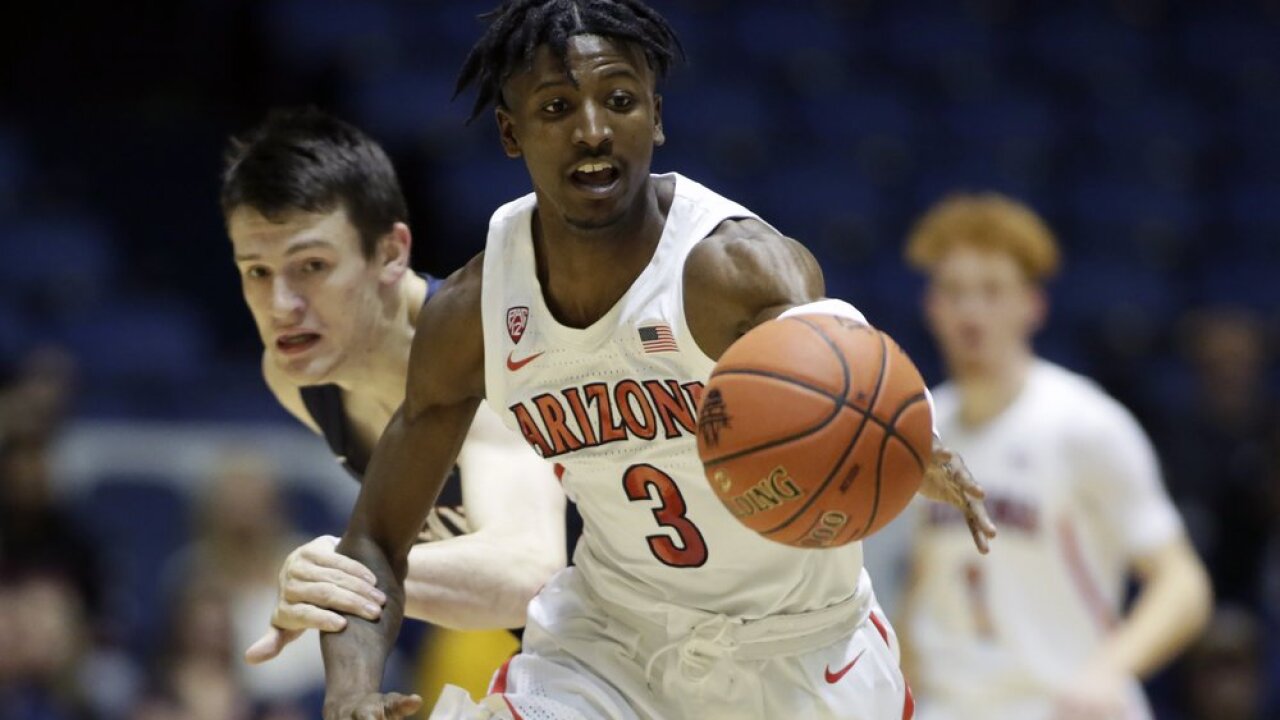 ANAHEIM, Calif. (AP) — The Arizona point guard scored a season-high 24 points as the 14th-ranked Wildcats advanced to the championship game of the Wooden Legacy with a 92-82 victory over Penn on Friday night.

“I was trying to be aggressive and make the right plays,” Mannion said. “We were playing well together and pushing the ball in transition.”

Arizona will face Wake Forest in Sunday’s title game. The Demon Deacons advanced with an 88-75 win over Long Beach State.

Mannion had the winning basket in Arizona’s victory over Pepperdine on Thursday night, when he hit a driving layup. He was 11 of 15 from the floor against Penn, including a pair of 3-pointers and six points in the paint. It is his third game this season with 20 or more points and second in the past three.

“He had a couple stretches tonight where the defense was at his mercy,” Arizona coach Sean Miller said.

Penn (4-3) trailed by 17 during the second half but got back in it with nine 3-pointers down the stretch. The Quakers made 13 from beyond the arc, marking their third straight game in which they have made 11 or more.

The Wildcats had a 66-49 advantage with 11:47 remaining, but Penn made 3-pointers on eight of its next nine field goals and closed within four (82-78) on a pair of Brodeur free throws with 3:03 remaining.

“We struggled in the first half, but the shots were wide open. In the second half we made them,” Penn coach Steve Donahue said.

Penn led for the first five minutes before Arizona scored 12 straight points to take a 21-13 lead with 11:28 remaining in the first half. The Wildcats extended their lead to 28-18 with 6 minutes left on a Jeter layup before the Quakers scored 13 of the next 15 points to go up 31-30.

Penn trailed by eight at halftime, but closed within 43-40 on Devon Goodman’s layup before the Wildcats regained control with a 17-4 run. Ninaji scored 10 points during the spurt and Mannion supplied the other seven.

Penn: AJ Brodeur had 11 points and has scored in double figures in 32 straight games, which is the fifth-longest streak in school history. The forward was a non-factor during the second half due to foul trouble. Brodeur though did finish with 10 assists, which is the most by a Penn player since Darnell Foreman had 10 in 2016.

“He’s never fouled out of a game, which is unusual because he is a post player who plays 30-40 minutes,” Donahue said.

Arizona: The Wildcats have allowed 26 3-pointers during their two games in Anaheim. Miller attributed some of it to playing Pepperdine and Penn but also lamented his defense for allowing too many open shots from the perimeter.

“There were segments in tonight’s game where we were far better than against Pepperdine, but we have to be able to sustain it. It is peaks and valleys right now,” Miller said.