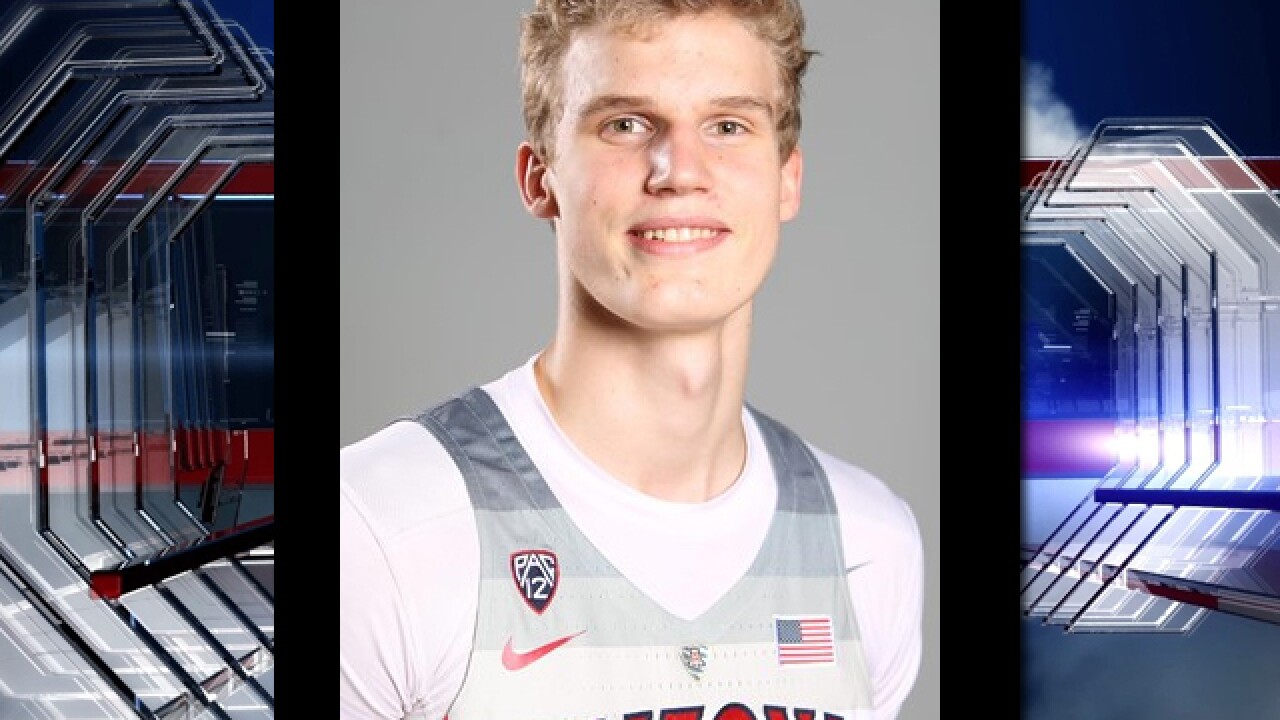 Arizona's Lauri Markkanen was named the Oscar Robertson National Player of the Week by the U.S. Basketball Writers Association (USBWA). The award comes one day after he earned Pac-12 player of the week.
Markkanen, a freshman, led the Wildcats in scoring and rebounding at 20.5 points and 7.5 rebounds per game in a road sweep of the Los Angeles schools last week. The 7-foot forward did his work against the Bruins and Trojans in an efficient manner, shooting 63.6 percent from the field and 80.0 percent from three-point range.
In the win over third-ranked UCLA, the Wildcats beat their highest-ranked opponent in a true road game since downing No. 1 Stanford, 76-75, on March 8, 2001. It also marked the first time UA has swept the Los Angeles and Bay Area schools on the road in the same season since 2002-03.
Before being named the nation's top performer for the week, Markkanen was named to the midseason watch lists for the John R. Wooden Award and the Oscar Robertson National Player of the Year. He is also on the midseason watch list for the Wayman Tisdale Award for the National Freshman of the Year.
Markkanen leads Arizona in scoring, rebounding, three-point field goal percentage and free throw percentage. He is also the only player in the Pac-12 Conference to rank in the top 15 in all four of those categories.
The native of Finland was the first Wildcat to earn a Pac-12 weekly honor this season and the second Pac-12 player to earn national honors. He is the second UA recipient of the Oscar Robertson National Player of the Week in program history. Ryan Anderson took home the award in February of last season following his week of 26.5 points and 13.5 rebounds per game in a road sweep of the Washington schools.
Copyright 2017 Scripps Media, Inc. All rights reserved. This material may not be published, broadcast, rewritten, or redistributed.