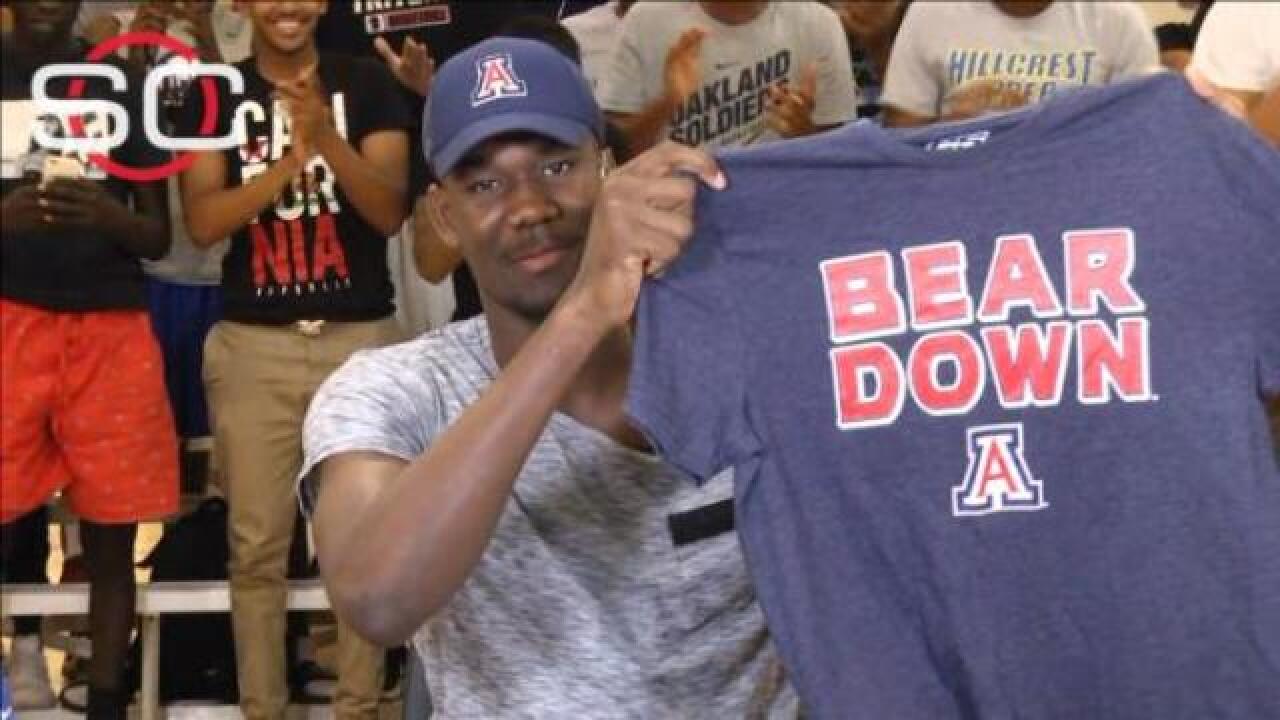 By: Jason Barr
Posted at 7:54 PM, Mar 29, 2017
Michael Porter Jr. scored 17 points and grabbed eight rebounds to lead the West over the East 109-107 in the McDonald's All-American Game on Wednesday.
Porter Jr., a 6-foot-10 forward ranked among the top prospects of his class by multiple recruiting services, announced last week he will play college basketball at Missouri. His father was recently hired by the Tigers as an assistant coach.
Porter Jr. was named the game's Most Valuable Player. Jaylen Hands, a UCLA recruit, added 14 points for the West.
The East was led by Mohamed Bamba, who scored 17 points on 7-of-10 shooting. Bamba is undecided on a college.
In the girls' game, Rellah Boothe had 18 points and nine rebounds to lead the East over the West 80-74 in overtime. The 6-foot-1 Boothe has signed with Texas.
Copyright 2017 Scripps Media, Inc. All rights reserved. This material may not be published, broadcast, rewritten, or redistributed.