Fire shuts down Prince in both directions near Oracle
SportsLocal Sports 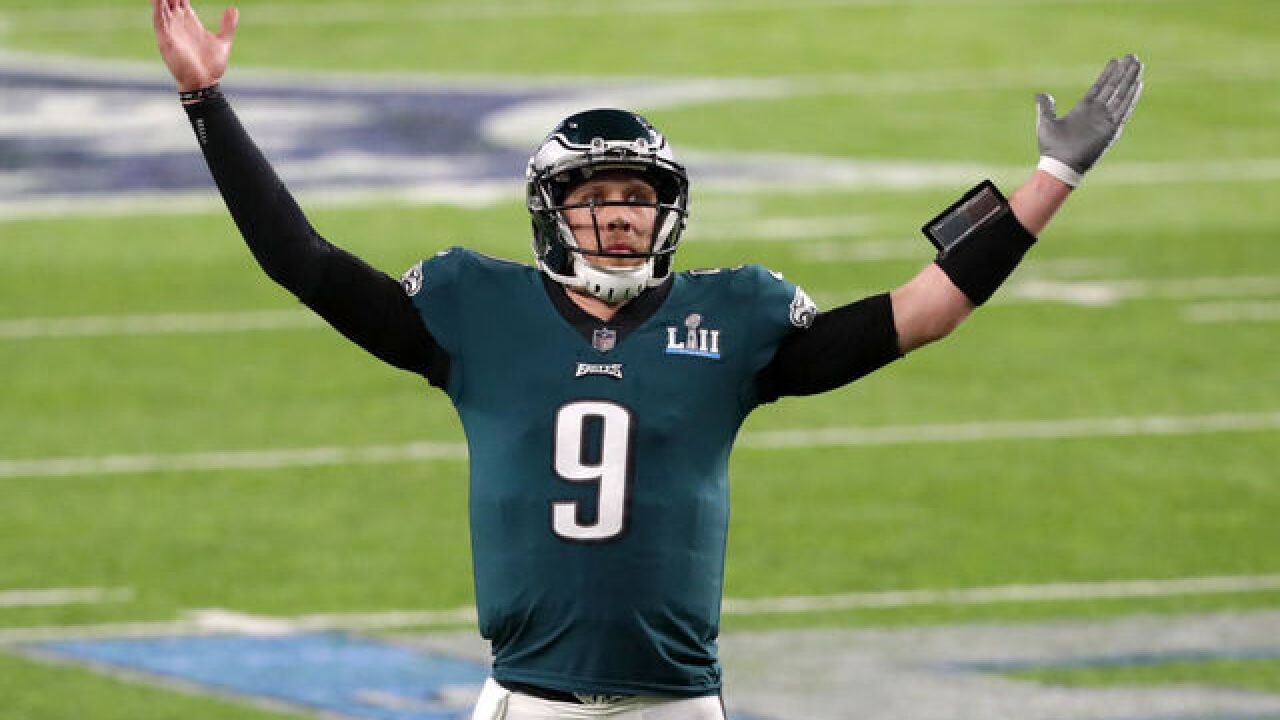 Nick Foles threw the go-ahead 5-yard touchdown pass to Zach Ertz with 2:21 to go and the Philadelphia Eagles won their first Super Bowl by outscoring Tom Brady and the New England Patriots 41-33 on Sunday night.

The most prolific playoff game in terms of combined yardage in NFL history was then decided on a defensive play when Brandon Graham stripped Tom Brady and rookie Derek Barnett recovered with 2:09 to play to set up a field goal by Jake Elliott and prevent another late Super Bowl comeback by the Patriots.

The Eagles blew a 12-point lead in the high-scoring matchup before rallying behind their backup quarterback who will go down in Philadelphia lore after throwing for 373 yards and three touchdowns and catching another on a fourth-down trick play to give the Eagles their first championship.