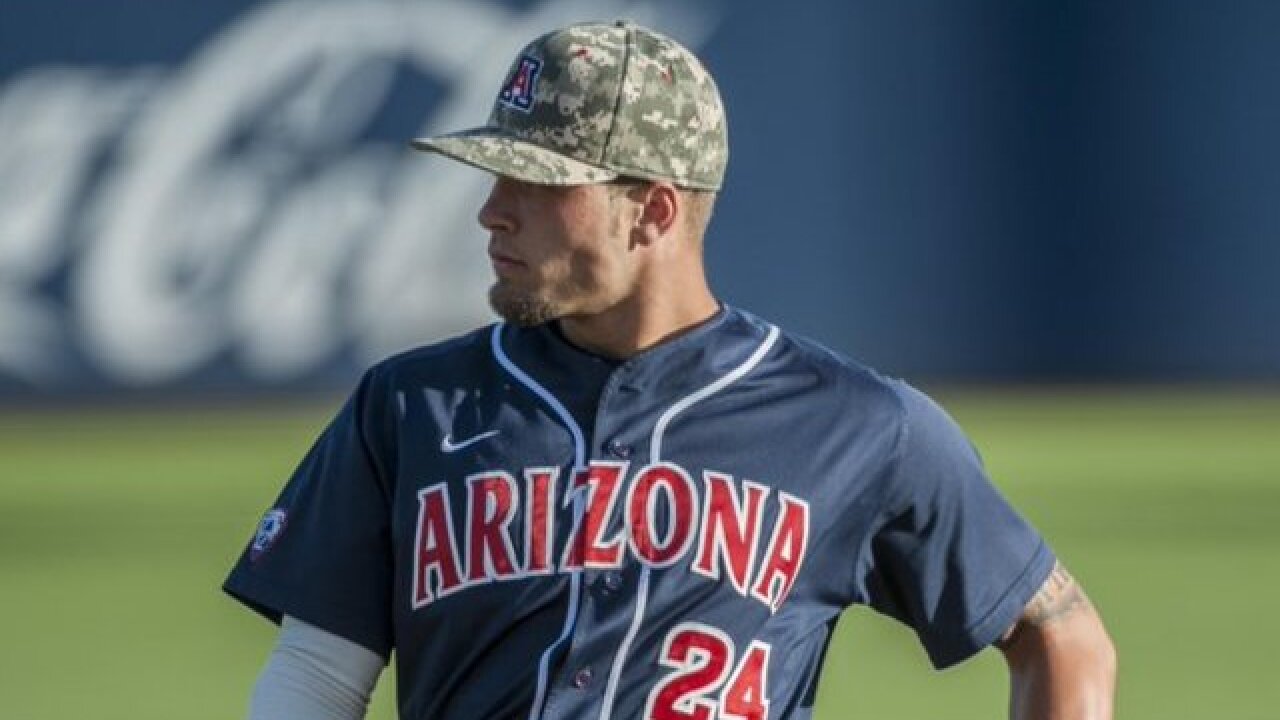 The Houston Astros selected first baseman J.J. Matijevic, the Pac-12 batting champion, with the 75th selection of the Major League Baseball draft.
The pick came at the end of Competitive Balance Round B, which follows the second round. It was the final selection Monday night. Other Wildcats are expected to be drafted on Tuesday.
The left-handed-hitting Matijevic, a Pennsylvania native, led the Pac-12 in multiple offensive categories, including batting average (.383), hits (92), RBIs (65), doubles (30, tying the UA season record), total bases (152) and slugging percentage (.633).
Matijevic selected picked in the 22nd round of the 2014 draft by the Boston Red Sox but elected to attend Arizona.
The Astros have the best record in MLB so far this season.
Copyright 2017 Scripps Media, Inc. All rights reserved. This material may not be published, broadcast, rewritten, or redistributed.