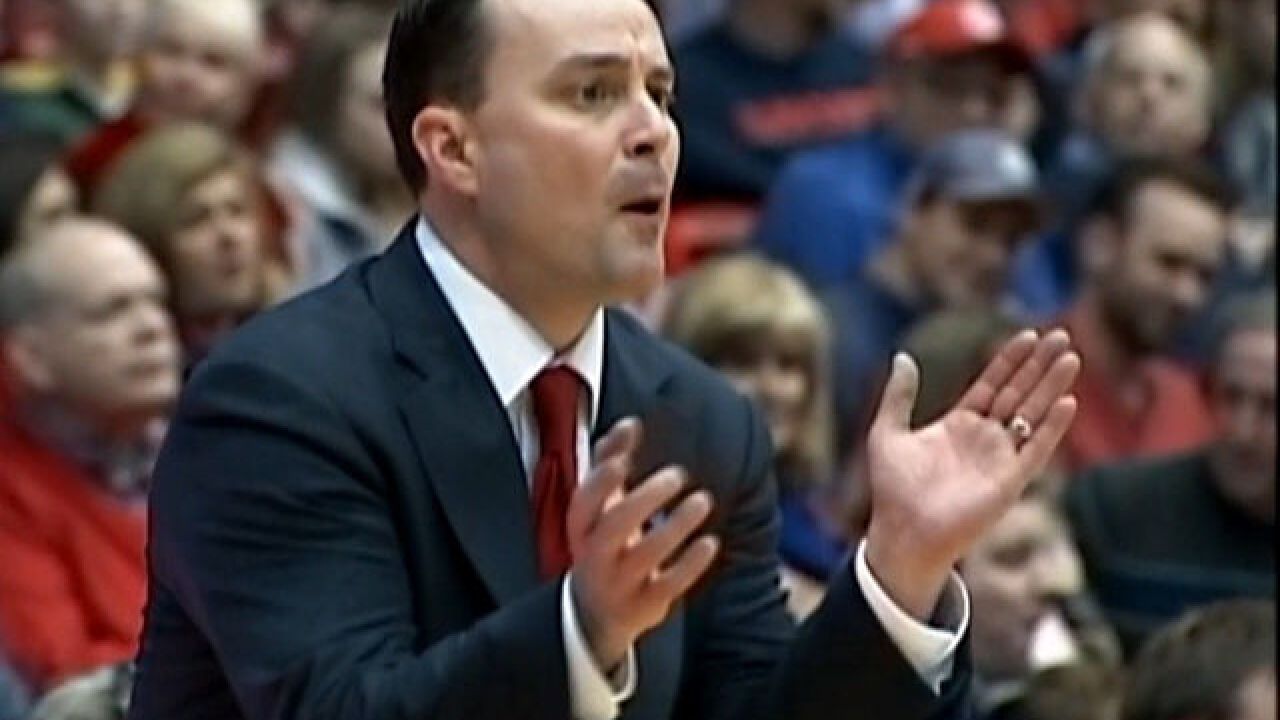 By: Jason Barr
Posted at 2:23 PM, Jun 27, 2017
New Indiana coach Archie Miller will make $24 million under his seven-year deal - and potentially even more in bonuses.
Miller accepted the job in March, but the athletic department didn't announce details of the contract until Tuesday.
He will receive a base salary of $550,000 per year and $1 million in deferred income each season. Miller also will receive an additional $1.85 million in outside marketing and promotional income - and will get a $50,000 per year raise each year through March 2024.
Miller can earn a $250,000 bonus for winning a national championship. He can earn an additional $125,000 for a Big Ten regular-season title, reaching the Final Four and producing multiyear Academic Progress Rate scores over 950.
Miller is the younger brother of Arizona Head Coach Sean Miller, and served as the Wildcats associate head coach before taking over the Dayton program.
Copyright 2017 The Associated Press. All rights reserved. This material may not be published, broadcast, rewritten or redistributed.