Colts waive former U of A wide receiver Trey Griffey 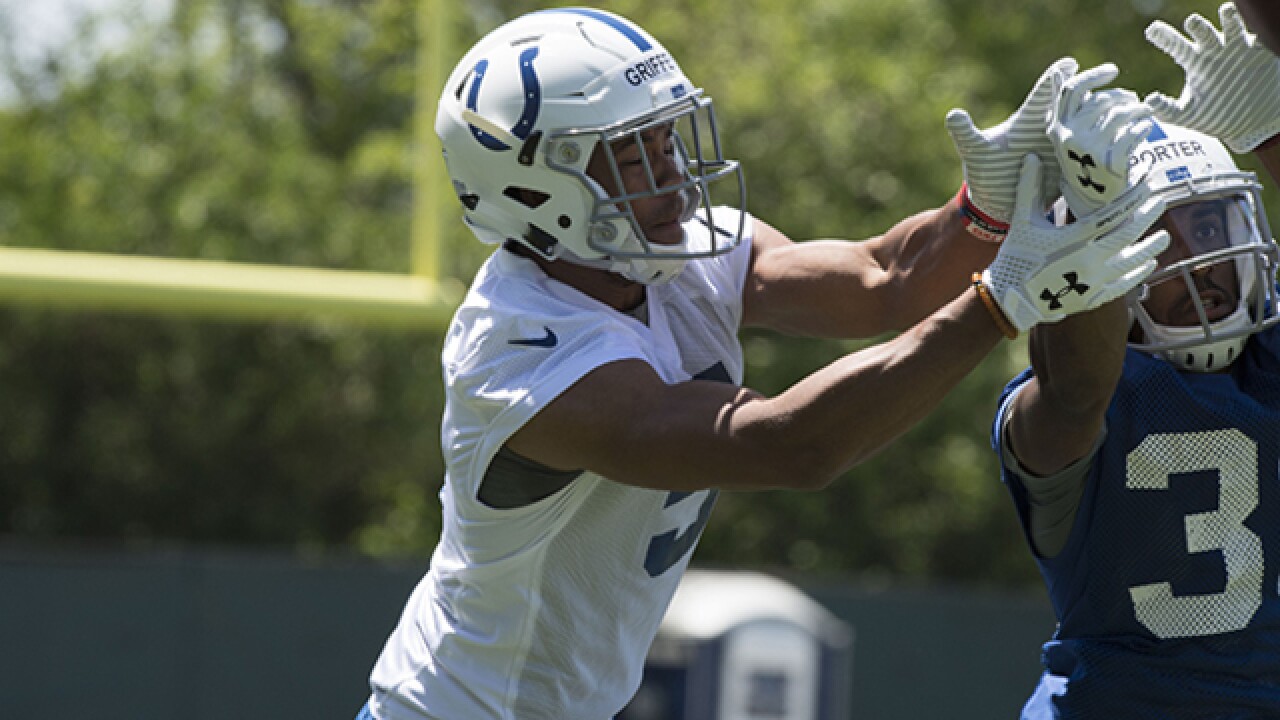 If Griffey clears waivers, he will revert to the Colts Injured Reserve list. The six foot two Griffey was signed by Indianapolis as an undrafted free agent. He participated in the Colts three-day rookie mini-camp. It is unclear what injury Griffey suffered. Once Griffey is recovered, the wideout and the Colts can negotiate an injury settlement that will lead to his release from IR.

To fill Griffey's roster spot, the Colts signed wide receiver Chris Briggs, whom the Seahawks cut on May 9.

Griffey played in 44 games (18 starts) at Arizona and compiled 79 receptions for 1,241 yards and six touchdowns.

He is the son of Baseball Hall of Famer Ken Griffey Jr.