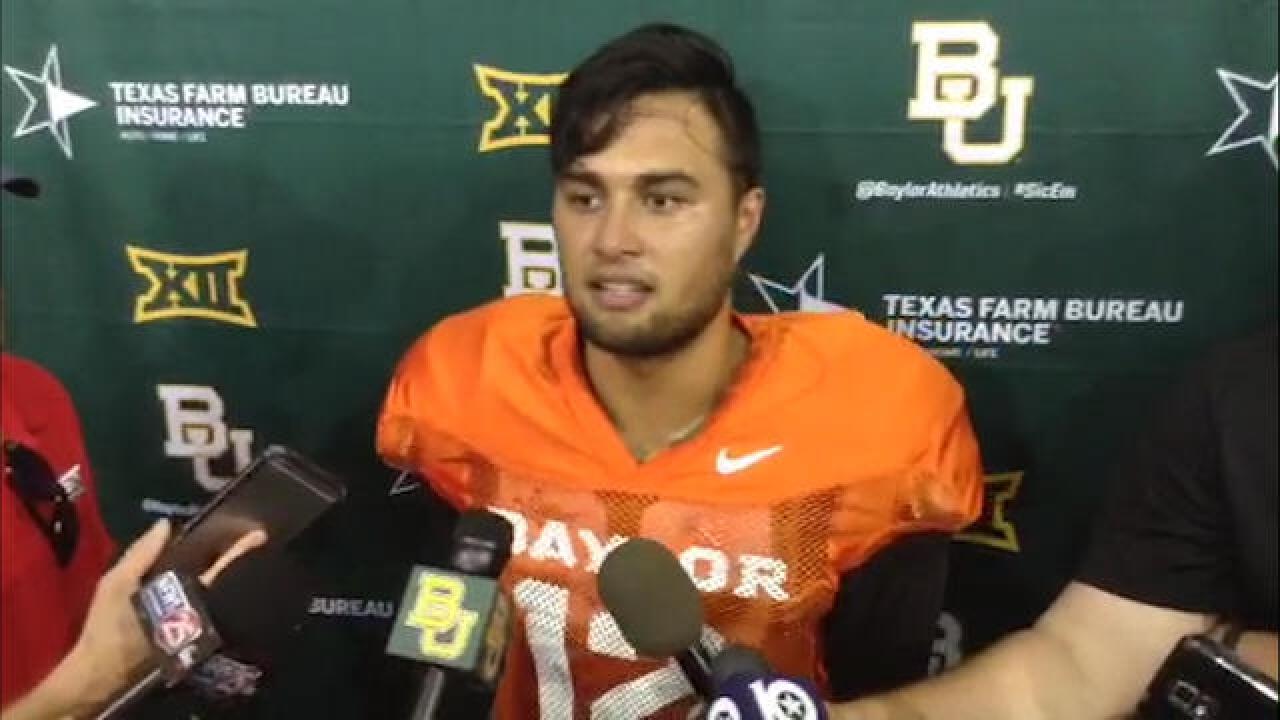 After an 0-2 start that included a home loss to Liberty, Baylor is making a quarterback change.

The Bears will start sophomore Zach Smith this week at Duke in place of former Arizona Wildcat Anu Solomon, who first-year coach Matt Rhule said was "banged up" in Saturday's loss to UT-San Antonio.

Solomon started Baylor's first two games, completing 43.6 percent of his passes with four touchdowns and two interceptions. He was just 10-for-26 against UTSA for 121 yards and was sacked four times.

"Zach will go and we'll rally around him and see what he can do for us," Rhule said of Smith, who started Baylor's last four games as a freshman in 2016.

Baylor is 0-2 for the first time since 2003, when it finished 3-9 under another first-year coach in Guy Morriss.