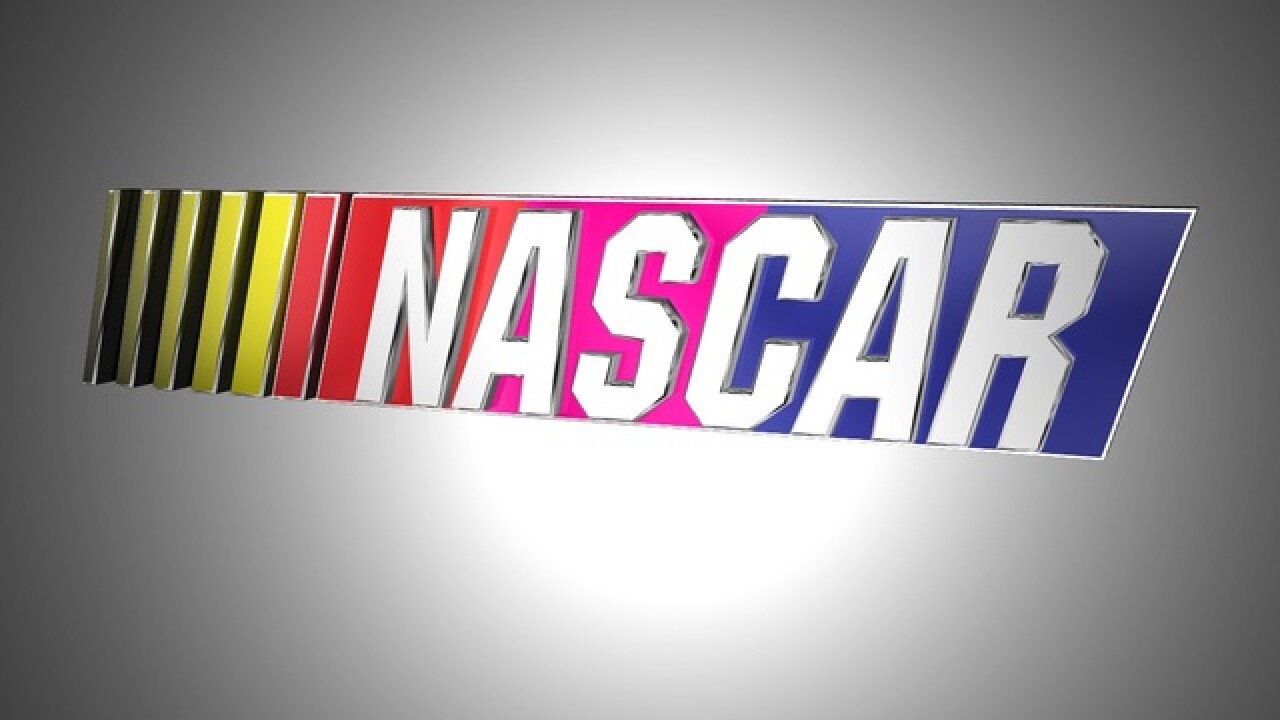 The No. 3 is No. 1 again at Daytona, on a day, in a race and at a place forever linked with the great Dale Earnhardt.

Austin Dillon won the Daytona 500 on Sunday night driving the iconic No. 3 Chevrolet that Earnhardt piloted for most of his career. Earnhardt was behind the wheel of No. 3  when he won his only Daytona 500  in 1998, and when he was killed in an accident on the final lap of the race three years later.

"I don't know what it is about storylines and Daytona, this place just creates history and I'm proud to be part of it tonight," Dillon said. "I put the 3 back in victory lane at Daytona."

Dillon wasn't a factor in his Richard Childress Racing Chevrolet until the final lap in overtime when he got a push  from Darrell "Bubba" Wallace Jr . that helped him get to leader Aric Almirola. Dillon spun Almirola then whizzed on by to give Childress, his grandfather, another iconic victory in the beloved No. 3.

As for the aggressive move that wrecked Almirola? Dillon was doing what has to be done to win at Daytona, where he led just once for one lap — the final one.

"I kind of blacked out and everything just kept going," he said of the final lap. "We just had a run and I stayed on the gas. It's what it is when you're at Daytona. I just had more momentum when he was trying to block me and it turned him. Hate that for him, but it's the Daytona 500. He should do the same thing to me in that position."

Almirola, in his debut race for Stewart-Haas Racing, was devastated.

"My heart is broken. I thought I was going to win the Daytona 500," Almirola said.

"To come back 20 years later after Dale's great victory, and to be able to celebrate 20 years later, with my grandson, it is just a storybook tale," Childress said. "It's tough on him running that 3, but we had, I'd say, 97 percent support from Earnhardt fans who wanted him to run that number."

The No. 3 was dormant in the Cup Series from Earnhardt's death until Childress brought it back in 2014 for his grandson.

The final scoring tower showed the No. 3 on top, then the No. 43 — two of the most seminal numbers in NASCAR.

Wallace, the first black driver in the Daytona 500 field since 1969, finished second in a 1-2 finish for Chevrolet and Childress' engine program. Wallace drives the No. 43 car for Richard Petty and  sobbed in his post-race news conference  after his mother came to the front of the room to give him a hug. The two had a long embrace in which she told Wallace repeatedly "you finally did it."

After another  moment with his sister  , Wallace sat at the dais sobbing into a towel. His finish is the highest for a black driver; Wendell Scott finished 13th in 1966.

Wallace, from Mobile, Alabama, received a telephone call from Hank Aaron before the race and Lewis Hamilton, the four-time Formula One world champion and only black driver in that series, tweeted his support to Wallace.

Denny Hamlin, the 2016 winner, finished third in a Toyota.

Ryan Blaney, who led a race-high 118 laps, faded to seventh after giving the win away in regulation. He wrecked Kurt Busch, the defending race winner, trying to reclaim his lead and the contact damaged Blaney's Ford. It spoiled what should have been a Team Penske party — car owner Roger Penske had three contenders, all considered favorites Sunday — but all came up empty. Brad Keselowski wrecked early in the race racing for the lead and although Joey Logano finished fourth, it wasn't the victory Penske expected from one of his drivers.

"It's a shame you don't close it out, but you try to just learn from your mistakes and try to do better next time," Blaney said. "This one definitely stings, but hopefully we can get another shot at it one day."

The day was also a bust for Danica Patrick, who made  the Daytona 500 her final NASCAR  race. With new boyfriend NFL quarterback Aaron Rodgers cheering her on, Patrick was collected in an accident and finished 35th. The only woman to lead laps in the Daytona 500 and win the pole for this race then told a story about an exchange she had earlier this week with four-time NASCAR champion Jeff Gordon.

"He said his last Daytona didn't go well, either, and I was like 'Oh wow, I don't remember that. I remember your career.' So I hope that is how it is with me with everybody," she said.

Meanwhile, on this celebratory day for Dillon and Childress, the late Earnhardt had a very large presence.

Dillon was 7 when Earnhardt won his Daytona 500 and was photographed alongside his brother with The Intimidator on that victorious day in 1998. Earnhardt credited 6-year-old Wessa Miller, a fan he met through the Make-A-Wish Foundation following the final practice for the race, for helping him get that elusive win. Wessa gave Earnhardt the penny and told him she had rubbed it and that it would bring him good luck. The lucky penny the little girl gave him is still on the dash of the car at the RCR museum.

Inspired by the good-luck coin, Dillon also had a penny in the No. 3 on Sunday, this one given to him by a young boy he met at an autograph session earlier in Speedweeks.

"I had a fan, actually he had no favorite driver, I told him, I said, 'I'll give you my hat if I'm your favorite driver.' I gave him the hat," Dillon said. "The next day he saw me in the infield, he said, 'Here's a lucky penny I found heads up.' I said, 'Man, we've gotta put that in the car.' Put it in the car and here we are in victory lane."