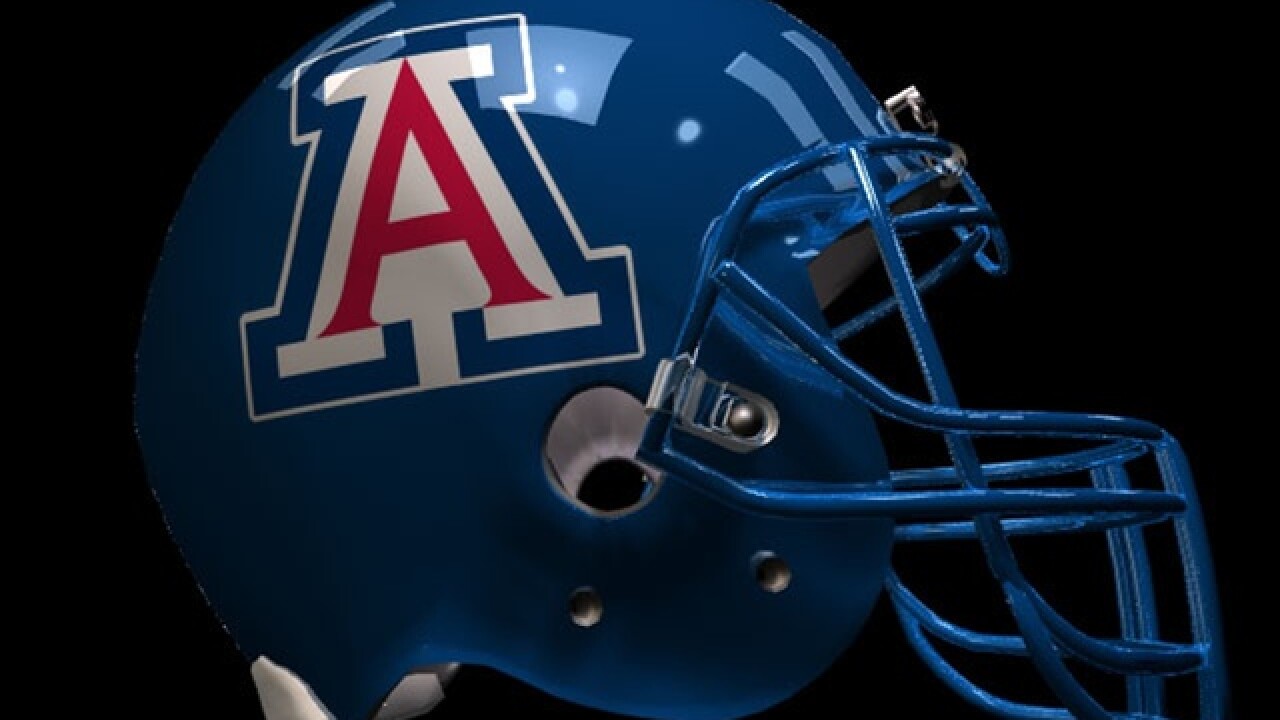 Arizona sophomore quarterback Khalil Tate was named the Pac-12 Offensive Player of the Week for the third straight week.

Tate is the first conference player to earn the honor in three straight weeks since USC's Rodney Peete in 1988.

Also, freshman linebacker Colin Schooler was named the Pac-12 Defensive Player of the Week for the first time in his career. He's the first Arizona freshman defender to earn the honor since cornerback Shaquille Richardson in 2010.

In just his second career start, Tate starred against California in a 45-44 overtime road win. Tate rushed for 137 yards and a touchdown on 17 carries and completed 10 of 15 passes for 166 yards and two touchdowns. Tate scored on a 76-yard rush in the first half Saturday, which marked Arizona's longest play from scrimmage this season.

He also threw a 56-yard touchdown pass to Shun Brown and a 22-yard scoring strike to tight end Bryce Wolma in overtime. Tate earned his first conference player of the week honor after the Colorado game, in which he ran for 327 yards and four touchdowns and passed for 154 yards and another score. One week later, he was honored again after rushing for 230 yards and two touchdowns and passing for 148 yards and a touchdown against UCLA.

Schooler had a career-high 15 tackles, which is the most by an Arizona freshman since C.J. Dozier had the same number in Arizona's 2012 New Mexico Bowl victory over Nevada. Schooler added 1 ½ tackles-for-loss and a forced fumble Saturday on top of his 15 tackles. Schooler also broke up a pass on a Cal two-point conversion in the second overtime to seal the victory for the Wildcats.

On the season, Schooler has 41 tackles, 4 ½ tackles for loss, one sack, two forced fumbles and an interception in his rookie year with the Wildcats. Schooler is the first defensive player to earn Pac-12 Player of the Week honors since Scooby Wright in 2014.