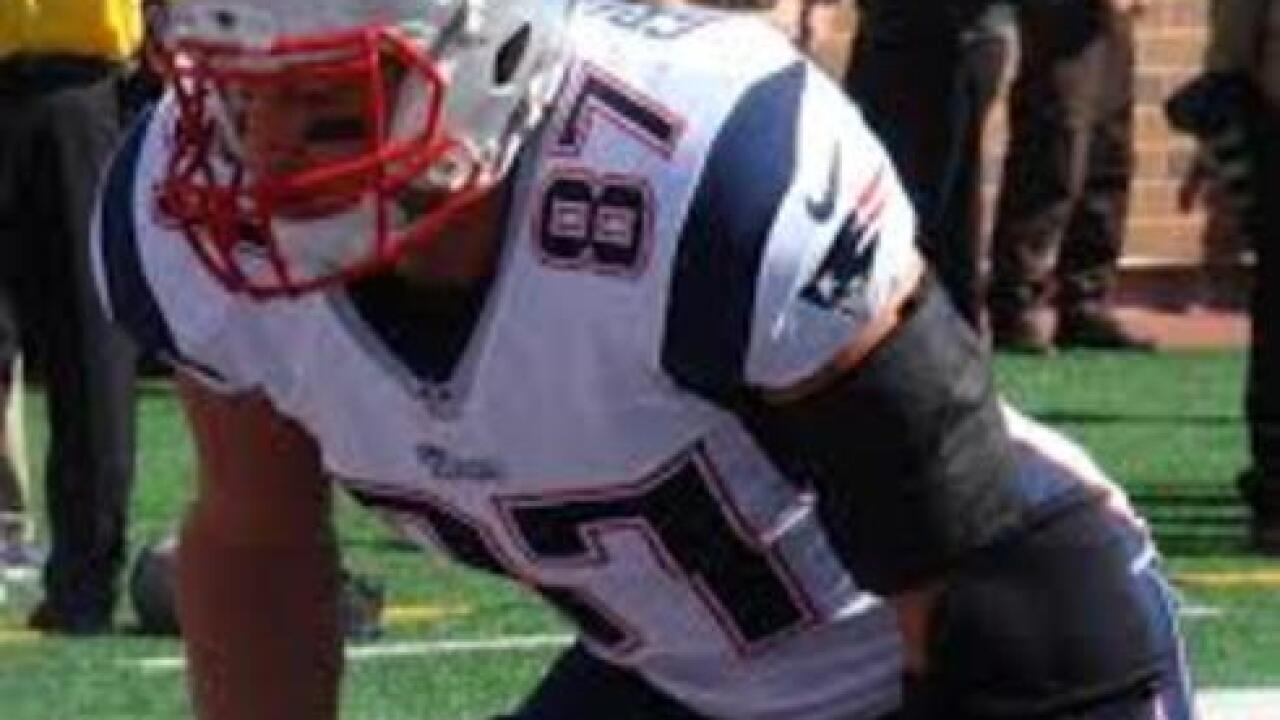 Arizona Athletics is calling it one of the greatest giveaways in Arizona Stadium history is coming for Fan Appreciation Night when the Wildcats tackle Northern Arizona at 8 p.m. on Saturday, Sept. 2.
It's also a promotion to help sell season tickets over the next several weeks.
It's limited, as 10,000 fans will receive a Rob Gronkowski bobblehead for attending the Wildcats' season-opener. The bobblehead will feature the two-time Super Bowl champion in his Arizona uniform while posing in the midst of a "Gronk spike" made famous for his time with the New England Patriots in the National Football League.
Gronkowski was a Wildcat from 2007-09, earning third-team All-American honors in 2008.
Bobbleheads will be distributed through a voucher system beginning at the conclusion of the third quarter. There are two ways to receive a voucher:
Here is the explanation from the Wildcats website:
All Arizona football season ticket holders are guaranteed to receive one bobblehead per account. To be eligible for a bobblehead, fans must be an existing season ticket holder or purchase new season tickets before 11:59 p.m. (MST) on Sunday, Aug. 27. Accounts with youth season tickets must also have one adult season ticket in the account to qualify for the guaranteed bobblehead.
During the week of Aug. 28, all season ticket holder accounts will be emailed a voucher to redeem at the game on Sept. 2. Bobbleheads will be distributed to fans with vouchers on Bear Down Field beginning at the end of the third quarter and continuing until 30 minutes after the conclusion of the game. Season ticket holders must print their voucher and submit at the stations designated for season ticket holders.
Fans are encouraged to purchase season tickets, which start at $99. New season ticket holders are immediately eligible for a voucher to redeem a Rob Gronkowski bobblehead. Visit ArizonaWildcats.com/fb to review all ticket options and purchase online or call 520-621-CATS.
Fans attending the game on Sept. 2 will be given a colored voucher upon entry into Arizona Stadium while supplies last. All gate entrances will have a random assortment of colored vouchers. A total of 10,000 vouchers will be distributed. In the third quarter of the game, the winning color will be announced on the video board. Fans with a winning colored voucher can then redeem their bobbleheads on Bear Down Field beginning at the end of the third quarter and continuing until 30 minutes after the conclusion of the game. Vouchers will not be accepted outside the redemption window or at a later date.
Copyright 2017 The Associated Press. All rights reserved. This material may not be published, broadcast, rewritten or redistributed.