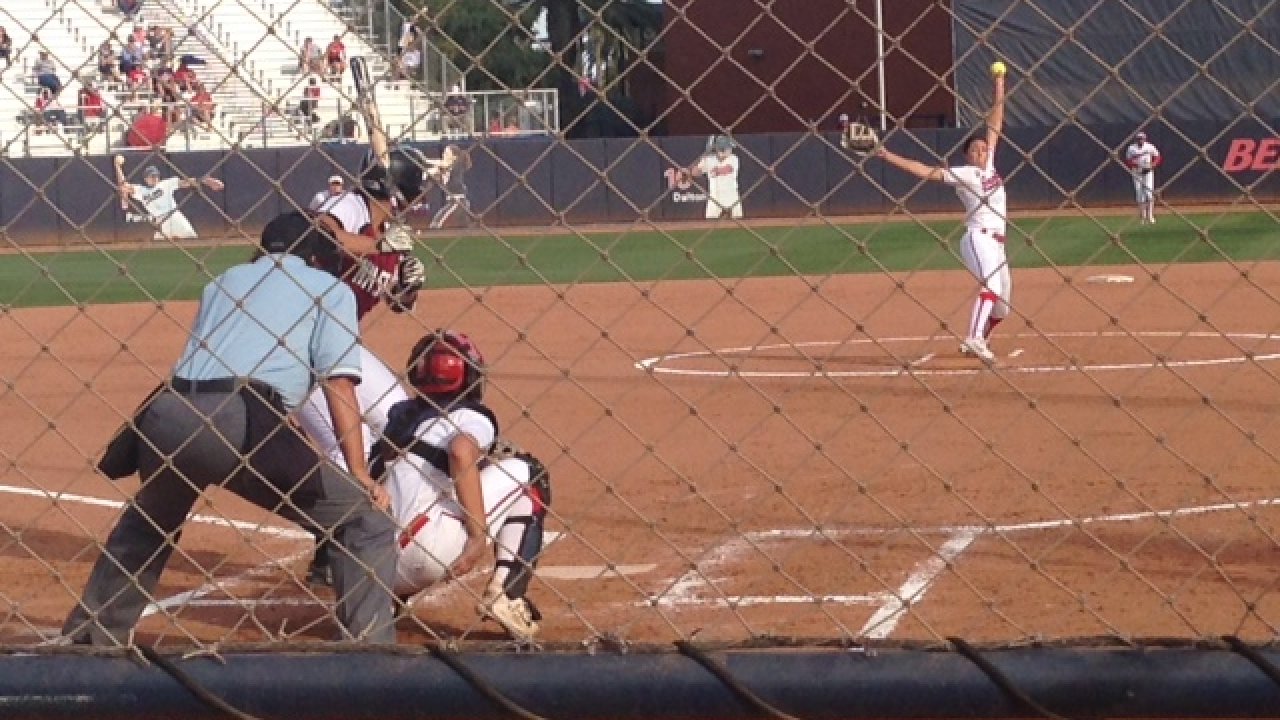 By: Jason Barr
Posted at 1:56 PM, Apr 10, 2017
Arizona softball is now the ranked number one in the latest RPI poll.
The Rating Percentage Index, commonly known as the RPI, is a quantity used to rank sports teams based upon a team's wins and losses and its strength of schedule.
The Wildcats have a 40-1 record with their only loss coming to Florida Sate. Head Coach Mike Candrea's team has a 12-0 record in the Pac-12 for the first time since 1994.
Arizona's statistics are quite impressive. U of A leads the nation with 71 home runs, led by 16 from senior third baseman Katiyana Mauga. Freshman Jesse Harper has fifteen. Starting pitchers Danielle O'Toole and Taylor McQuillan each have an earned run average below one.
The Wildcats visit Utah this weekend.
Copyright 2017 Scripps Media, Inc. All rights reserved. This material may not be published, broadcast, rewritten, or redistributed.