Arizona rallies in second half to beat Utah Valley 80-69 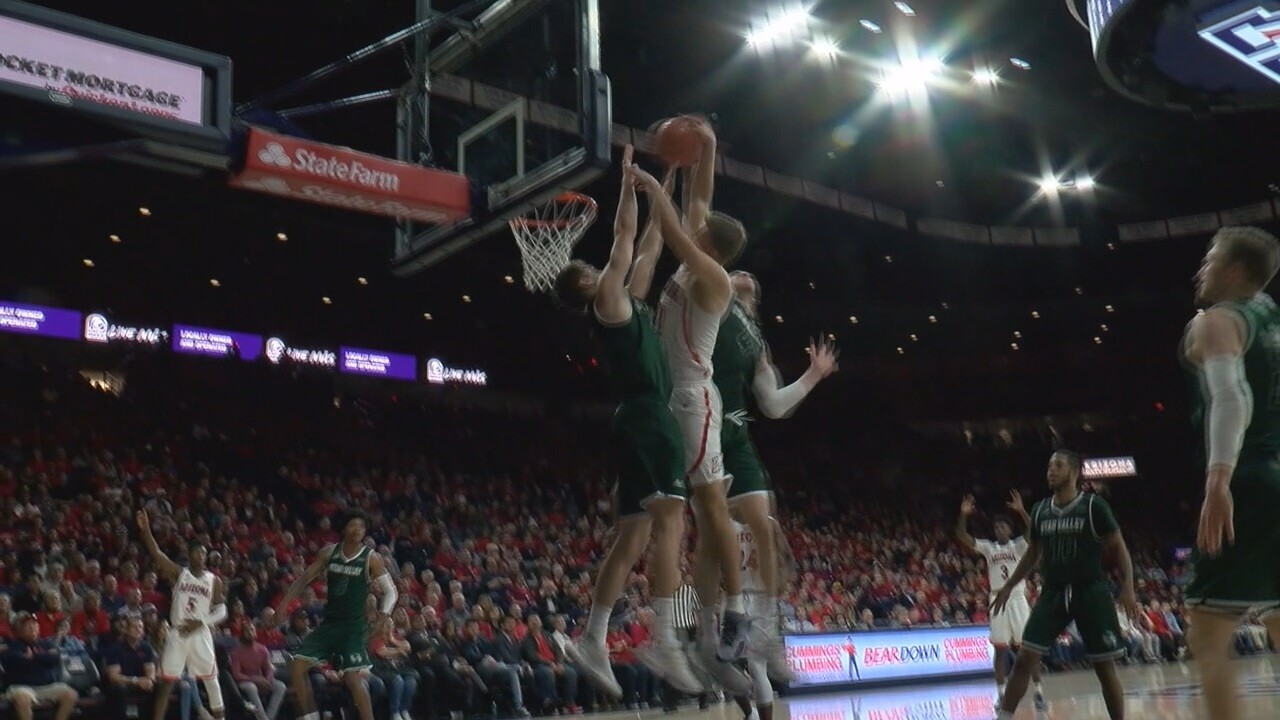 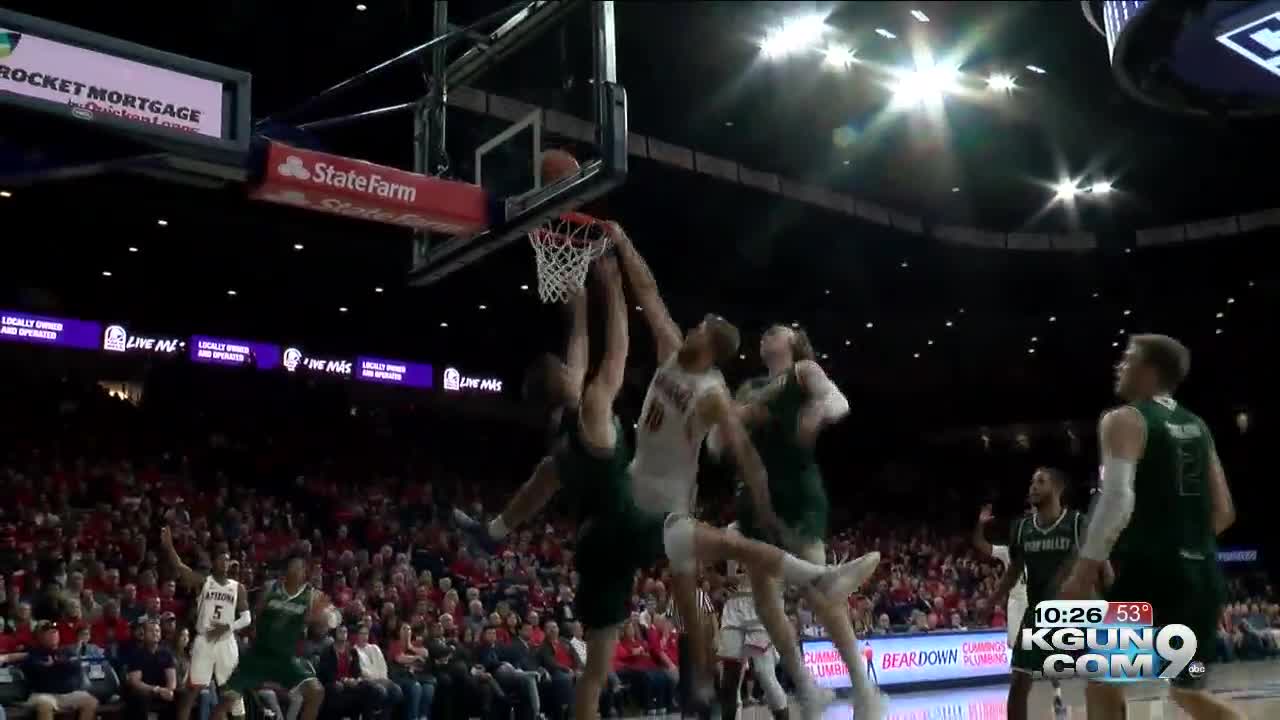 Freshman guard Brandon Williams had his first career double-double and Brandon Randolph scored 14 of his 16 points in the second half when Arizona extended its nonconference home winning streak to 52 games with an 80-69 victory over Utah Valley at McKale Center on Thursday.

Williams had 15 points, a career-high 10 rebounds and five assists and Dylan Smith had 10 of his 13 points in the second half for the Wildcats, who trailed by 12 points at halftime but pulled away by shooting 61 percent in the second half.

Randolph made all of his four 3-pointers in the first four minutes of the second half to spark the comeback after the Wolverines built a 41-29 halftime lead. The Wildcats were 8 of 14 from 3-point range in the second half.

Jake Toolson had 20 points and eight rebounds, brother Conner Toolson had 13 points and TJ Washington scored 11 for the Wolverines, who were the Wildcats' 36th straight nonconference victim in the team's only other meeting in December, 2014.

Justin Coleman added 15 points for Arizona, which had a 36-26 rebounding advantage.

Washington had two 3-pointers and Jake Toolson had a 3-pointer and two free throws in that run, when Arizona made only one field goal in a 9-minute, 55-second span. Utah Valley took its biggest lead, 41-29, at halftime. Arizona shot 38.5 percent from the field in the first half.

Arizona: After losing all five starters, the Wildcats have played pretty much to expectations, falling to Top 10 teams Gonzaga and Auburn but recording a quality road win at UConn last Sunday. A winning record in the Pac-12 seems eminently reachable.

Southern Utah: The Arizona game was the latest in the Wolverines' aggressive nonconference schedule that included early losses to BYU, Saint Mary's and Utah State. The competition should serve them well in the Western Athletic Conference, where they are picked to finish in the first division of a conference traditionally dominated by New Mexico State.

Arizona: The schedule stiffens shortly- the Wildcats play at Alabama on Sunday before returning home to host Baylor on Dec. 15.