Arizona holds on to beat UCLA 20-17 behind Gunnell 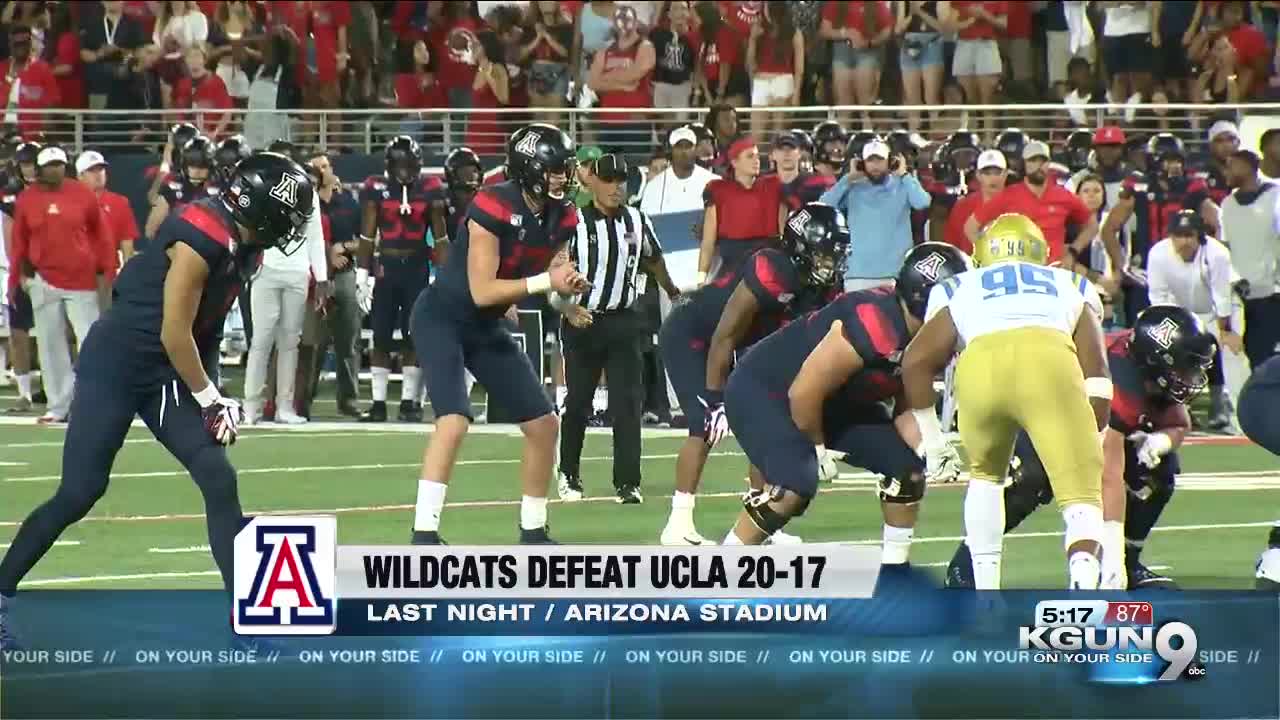 Grant Gunnell threw for 352 yards and a touchdown and Arizona held on to beat UCLA 20-17 Saturday night after JJ Molson missed a 39-yard field goal in the closing seconds. 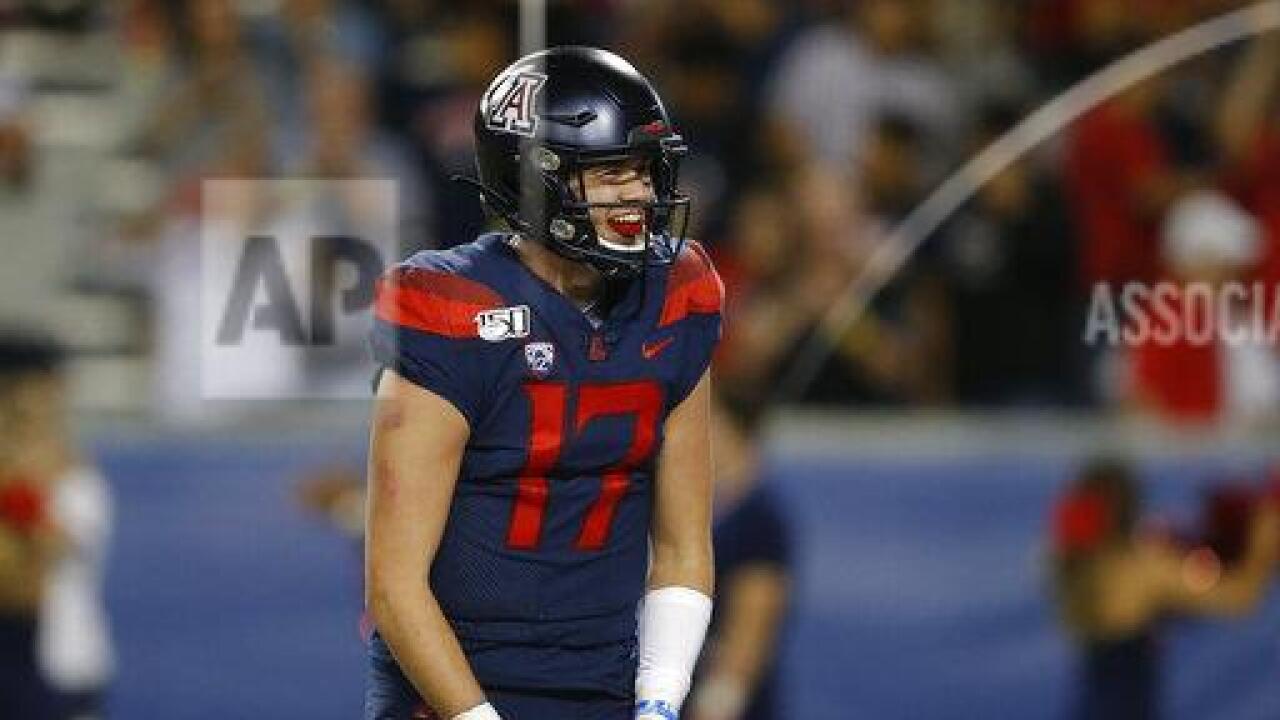 TUCSON, Ariz. — Grant Gunnell threw for 352 yards and a touchdown and Arizona held on to beat UCLA 20-17 Saturday night after JJ Molson missed a 39-yard field goal in the closing seconds.

Arizona (3-1, 1-0 Pac-12) played without its two best offensive players with quarterback Khalil Tate and running back J.J. Taylor out due to leg injuries.

Gunnell had seen spot action earlier this season, but was making his first collegiate start. The freshman played like he had been the starter all along, playing with poise while completing 29 of 44 passes.

UCLA (1-4, 1-1) pulled off an epic comeback last week, rallying from 35 points down to beat Washington State. The Bruins needed another, not-so-monumental comeback after Gary Brightwell scored on a 10-yard run to put Arizona up 20-17.

Dorian Thompson-Robinson led the comeback against the Cougars, but left late in the third quarter after Arizona defensive end Jalen Harris fell on his left leg from behind.

His replacement, sophomore Austin Burton, had a chance when UCLA forced a punt and got the ball at its 9-yard line with 2:52 left.

Thompson-Robinson had a school-record 564 yards of offense while accounting for seven touchdowns and looked like he was going to slice right through Arizona's defense as well.

UCLA went 85 yards - 40 on Thompson-Robinson runs - in 12 plays on its opening drive and scored on Matt Lynch's 2-yard touchdown catch.

The Bruins sputtered after that, managing 100 yards the rest of the half.

Arizona was a little better at moving the ball - well, until it got to the red zone. The Wildcats crossed UCLA's 20-yard line three times in the first half and stalled each time, settling for two Lucas Havrisik field goals and another he missed.

Arizona didn't take long to get going in the second half, scoring on its first play when Darrius Smith took advantage of a breakdown in coverage by UCLA and streaked along the sideline alone for a 75-yard touchdown.

UCLA answered after Thompson-Robinson went down, scoring on a 3-yard run by Joshua Kelly after he broke off a 36-yard run to put UCLA up 17-13.

UCLA lost its starting quarterback and another chance at a comeback victory when Molson missed his kick.

Arizona pulled out a gritty win without two of its best players and may be hitting its stride after a disappointing season-opening loss to Hawaii.

Arizona plays at Colorado next Saturday.