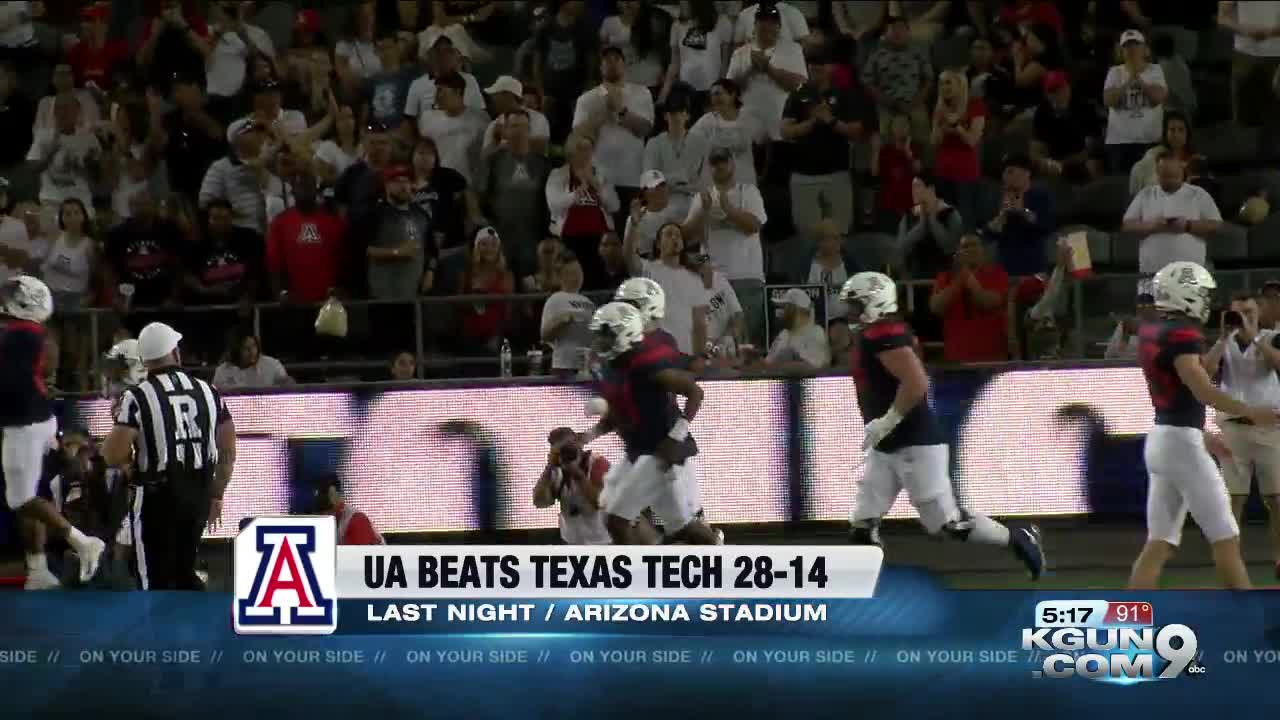 Arizona (2-1) hit a few chunk plays passing, but it was the ground game that made the difference.

The Wildcats ran for 314 yards and went 99 yards in 13 plays - all rushes - to set up Brightwell's second touchdown, a 1-yard run with four minutes left.

Tate scored on an 84-yard run and finished with 129 yards on 17 carries to help overcome three turnovers.

"We knew that using my legs would be an X Factor in this game," said Tate.

"He is a real threat whenever he has the ball in his hands," said head coach Kevin Sumlin.

Arizona answered on the first play of the fourth quarter, going up 20-14 on Brightwell's 1-yard TD run. The Wildcats pounded out the victory after that with their 99-yard, all-run scoring drive.

"To run it that many times for 99 yards to win a game, that should give us confidence going into conference play," said Sumlin.

Texas Tech has had one of the nation's most prolific offenses since the Mike Leach days and won its first two games by a combined score of 83-13.

The Red Raiders and Wildcats had four turnovers in a span of five possessions in the first quarter: Two Bowman interceptions, a fumble and interception by Tate.

Tate followed with an 84-yard touchdown run, but the offenses went dormant again for the rest of the half.

"It was a really good overall win," said linebacker Colin Schooler. We were pretty much dominating," and we made big plays when we needed them."

Texas Tech was solid defensively in two opening wins, but got shoved around by Arizona in its first big test of the season.

Arizona appears to be back on track after an opening loss to Hawaii and a shaky second-half defensive performance last week against Northern Arizona.