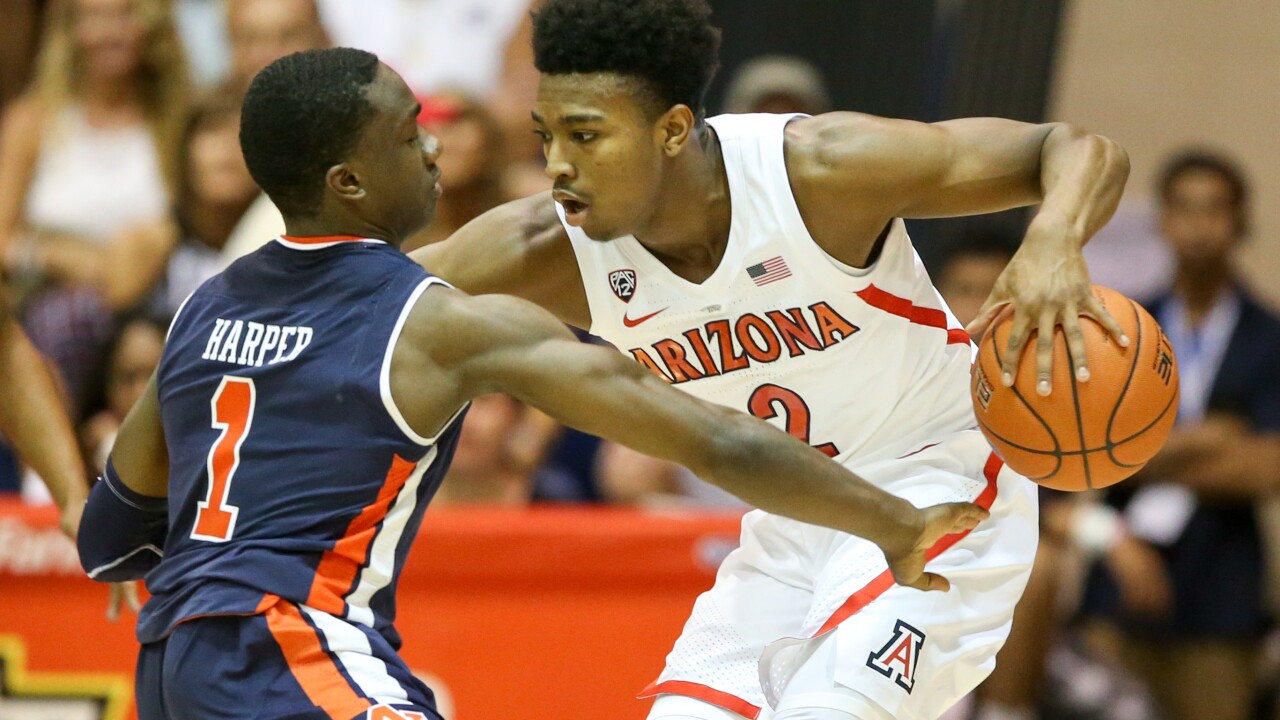 Darryl Oumi/Getty Images
LAHAINA, HI - NOVEMBER 21: Brandon Williams #2 of the Arizona Wildcats manages to keep the ball away from Jared Harper #1 of the Auburn Tigers as he tries to knock the ball loose during the first half of the game at the Lahaina Civic Center on November 21, 2018 in Lahaina, Hawaii. (Photo by Darryl Oumi/Getty Images)

TUCSON, Ariz. — The Arizona Wildcats will begin their 2019 PAC-12 conference schedule against the University's biggest rival.

The team's weekly pairings were revealed Monday and the first team on the list is Arizona State.

The exact dates for each PAC-12 matchup have yet to be revealed, but here are the pairings and sites:

ESPN.com currently has the Arizona's incoming recruiting class ranked sixth in the nation.