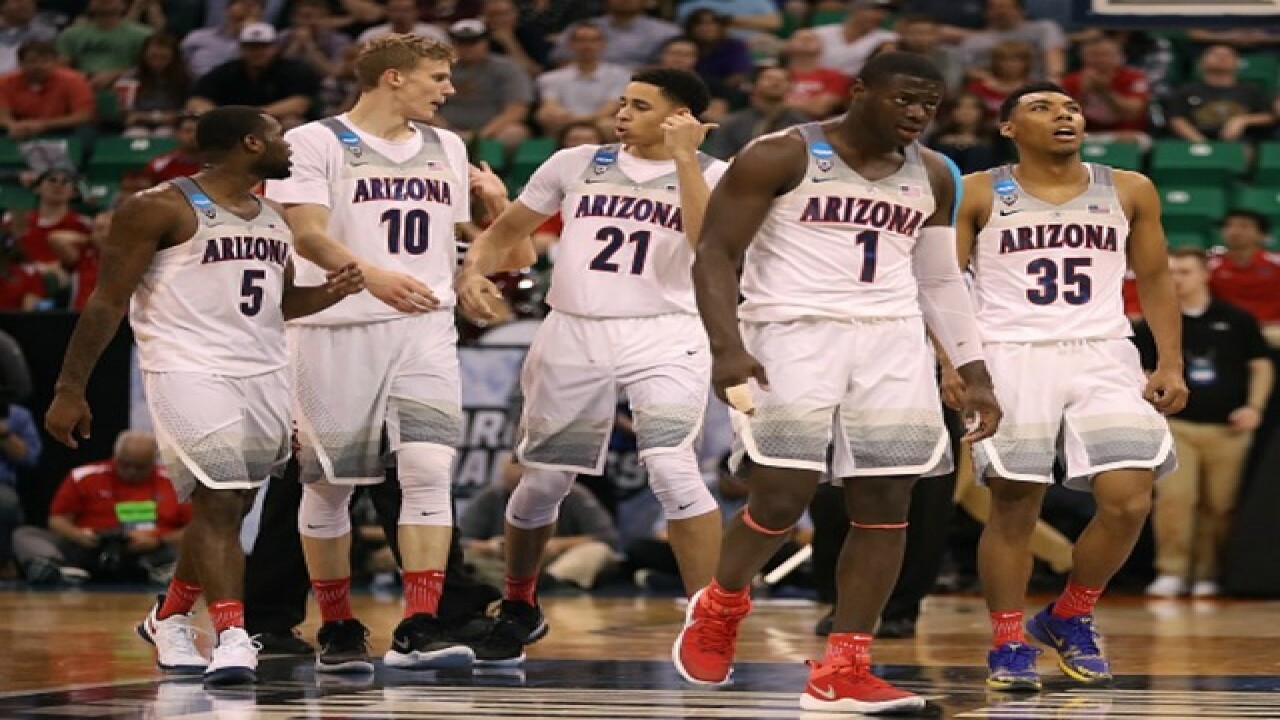 Arizona Basketball has called a news conference for tomorrow morning at McKale Center. While nothing is yet confirmed, speculation is that it will concern players leaving the program early to turn professional.
Freshman forward Lauri Markkanen is projected by NBA draft picks as a lottery selection. He was asked about the possibility of going pro following the Wildcats Sweet 16 loss.
"I can't comment on that right now. I need to take some time. This loss is hard to handle. I'll have no comment."
Allonzo Trier is also expected to turn pro. He averaged more than seventeen points per game after missing 19 games for a failed performance-enhancing drug test. Freshman Kobi Simmons is projected in some expert mock draft boards as a second-round NBA draft pick. His minutes were reduced late in the season.
Arizona has another top-notch incoming recruiting class. It's led by seven-foot center DeAndre Ayton, who scored 8 points in the McDonalds All-American game.
Guard Alex Barcello, from Tempe, is the Gatorade Arizona Player of the year. Ira Lee and Brandon Randolph round out the class for now, but any defections will enable head coach Sean Miller to add to the roster.
Copyright 2017 Scripps Media, Inc. All rights reserved. This material may not be published, broadcast, rewritten, or redistributed.