Alex Bowman puts No. 88 on the pole at Daytona 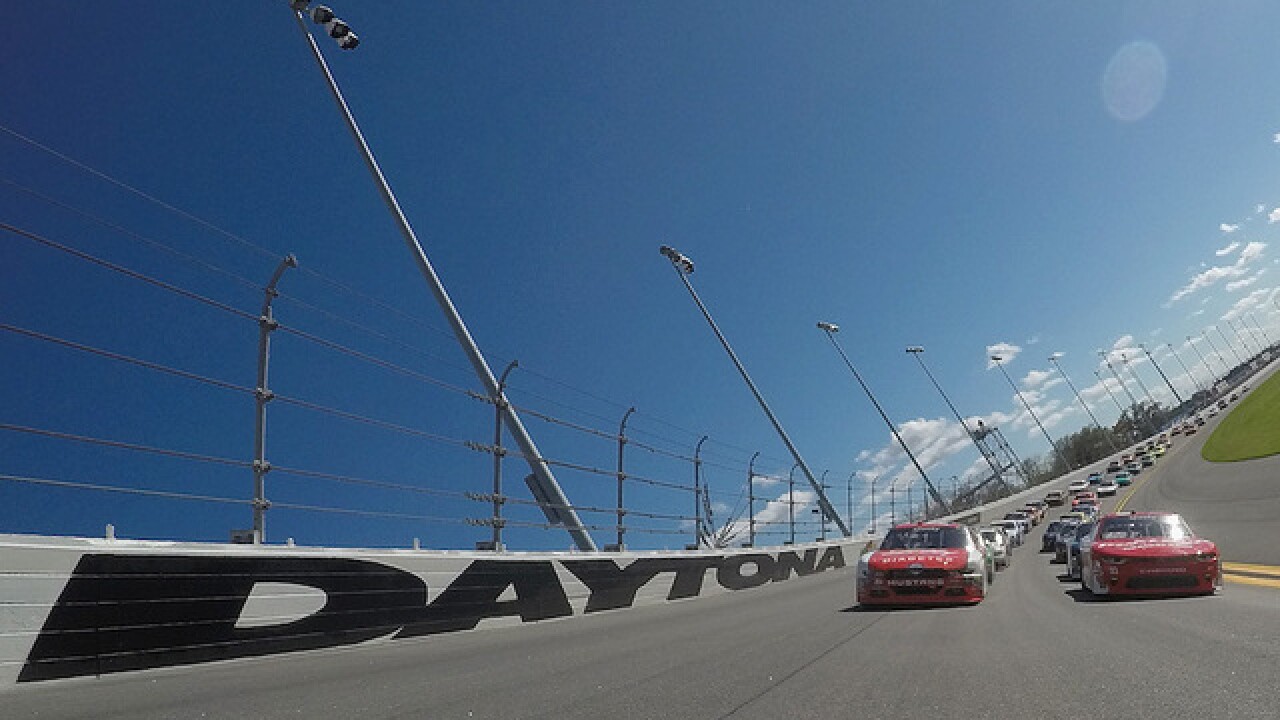 Image copyright 2017 Getty Images. All rights reserved. This material may not be published, broadcast, rewritten, or redistributed.
Chris Graythen
<p>Ryan Reed, driver of the #16 Lilly Diabetes Ford, and Brandon Jones, driver of the #33 Nexteer Automotive Chevrolet, lead the field prior to the start of the NASCAR XFINITY Series PowerShares QQQ 300 at Daytona International Speedway on February 25, 2017 in Daytona Beach, Florida.</p>

Alex Bowman put an old familiar car on the top of the board for the Daytona 500.

Bowman won the pole for "The Great American Race" in his debut as the official driver of the No. 88 Chevrolet. That was Dale Earnhardt Jr.'s car, and NASCAR's most popular driver won six races at Daytona International Speedway behind the wheel of that Hendrick Motorsports entry. Earnhardt has 17 career wins at Daytona and seven poles and is a two-time Daytona 500 winner.

But Earnhardt retired at the end of last season and the empty seat went to Bowman, who drove 10 races filling in for Earnhardt when Earnhardt was sidelined in 2016 with a concussion. Bowman will be racing in the Daytona 500 for just the second time in his career.

Denny Hamlin qualified second in a Toyota from Joe Gibbs Racing. Only the front row was locked in during Sunday's qualifying session.