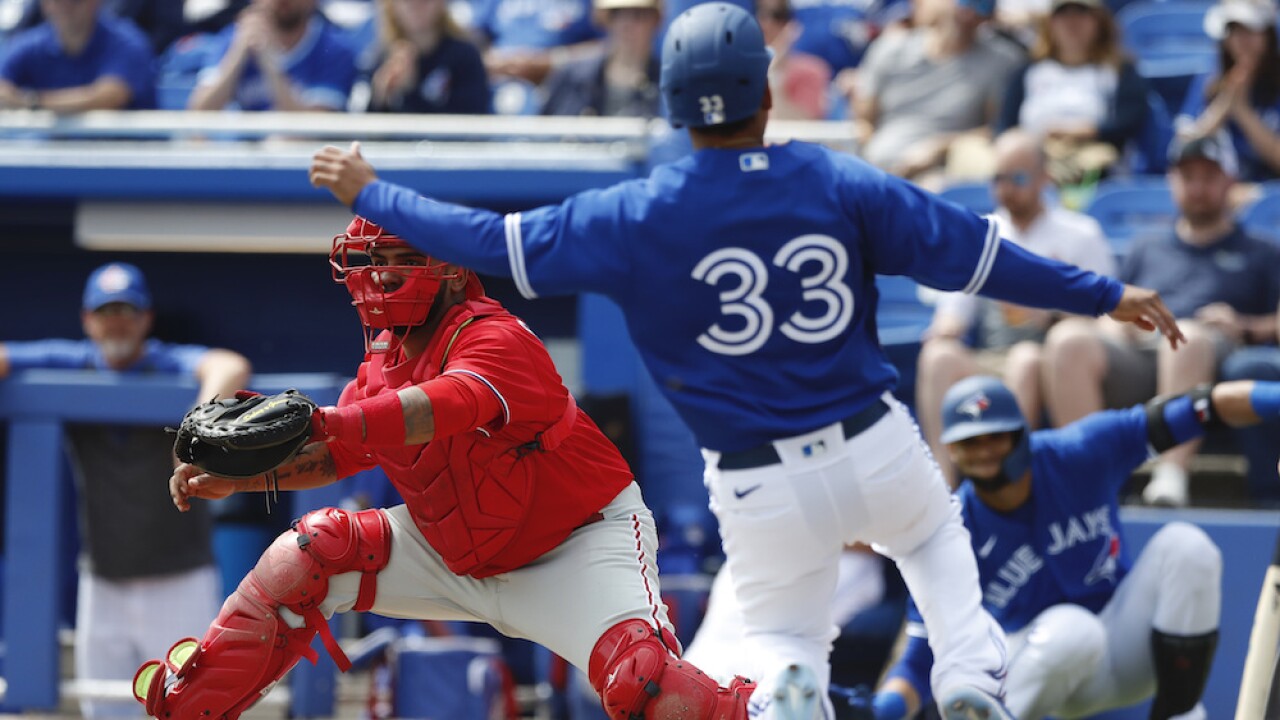 A weekend series between the Toronto Blue Jays and the Philadelphia Phillies has been canceled after two Phillies staff members tested positive for COVID-19, according to MLB.com and USA Today.

The Blue Jays — who are currently unable to play in Canada because the country's government won't allow players to travel back-and-forth from the United States — are currently "hosting" a series against the Nationals in Washington. They were scheduled to travel to Philadelphia to play a series of games as the "home" team there beginning Friday.

Instead, the Blue Jays will ask the Nationals for permission to stay the weekend in D.C. or seek to travel to another city in which they will shelter in place.

No Phillies players have since tested positive for COVID-19.

Baseball is currently the only sport attempting to resume play while allowing teams to travel between cities for games. The NBA, the NHL and MLS have chosen to conduct all their games in one or two locations, and are requiring athletes to shelter-in-place on site while competing.