Wreck shuts down eastbound Grant between Stone and Oracle
Sports 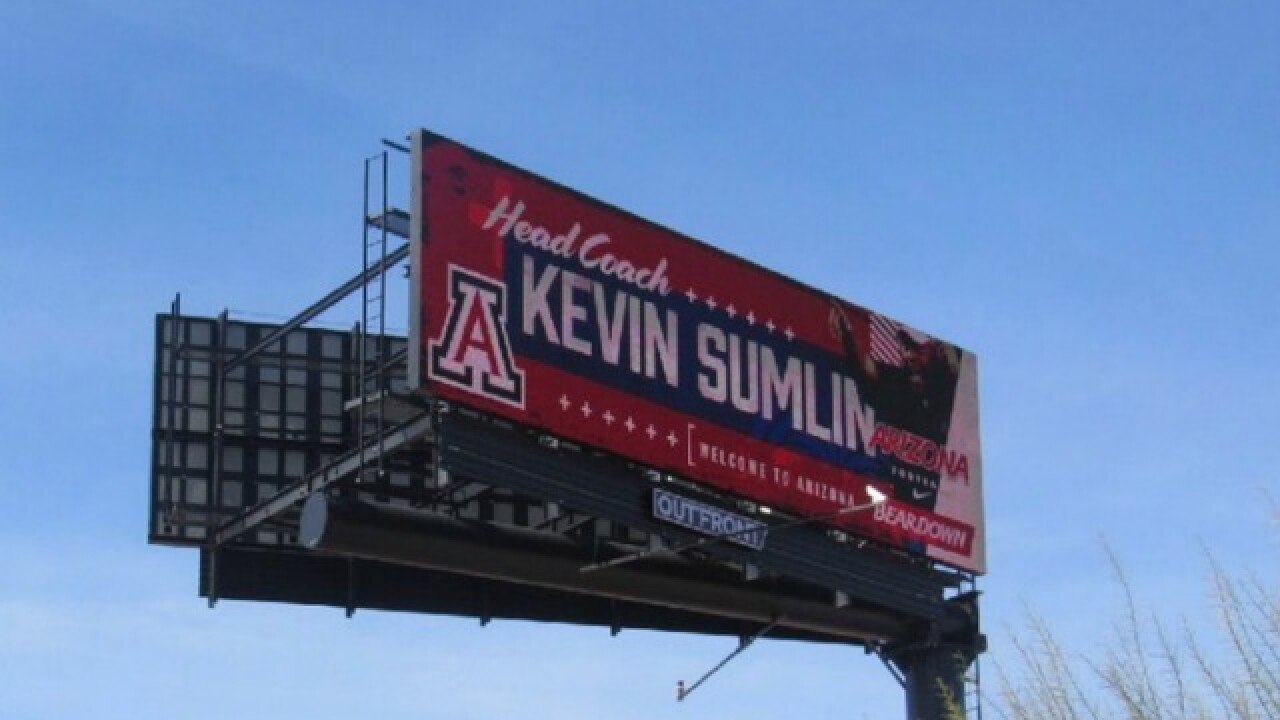 It hasn't been uncommon to see Kevin Sumlin's face in the Phoenix area in recent years -- but for the first time, his face is also appearing on billboards in the Valley, including right outside Sun Devil Stadium.

Sumlin was introduced as the UA head football coach Tuesday. Just one day later, billboards welcoming Sumlin to UA began to crop up around the Phoenix area. We have learned that UA has purchased ad space on 20 digital billboards to promote Sumlin's hire, including one in downtown Phoenix and another in Tempe near Sun Devil Stadium.

Kevin Sumlin billboard off the 202 near Sun Devil Stadium. pic.twitter.com/rbYrwk3B9t

U of A 🏈 didn’t waste much time - saw this on my walk to lunch in downtown Phoenix today. pic.twitter.com/ld7dClqGvH

View from the other side of the 202. pic.twitter.com/oAt2FsK2pk

So, the other school has Kevin Sumlin billboards up in the Phoenix area now.
One is super close to Sun Devil Stadium.
While our scoreboard is still 1' wider and 1' taller than theirs, this was well played, other school. Well played. pic.twitter.com/x2Gk5520BW

Sumlin is no stranger to the Valley, as he brought a pair of 5-star Scottsdale high school athletes -- Desert Mountain's Kyle Allen and Saguaro's Christian Kirk -- to Texas A&M, where he coached from 2012-17.

On Tuesday, Sumlin told Craig Fouhy that building and growing relationships with high school coaches in the Valley and throughout Arizona is one of his top priorities.

"Fortunately we've got some of those relationships already," he said. "We've got to continue to grow those. But it's not like we're strangers here in the state, and it's our job to really grow those relationships throughout the state and continue to have success, because we want our fan base, our students, all the coaches here to feel comfortable about coming to Tucson.

"We want to have a relationship with the high-school coaches in the state, to be here on campus, to be comfortable with us, to be the kind of place where a guy comes to get better."