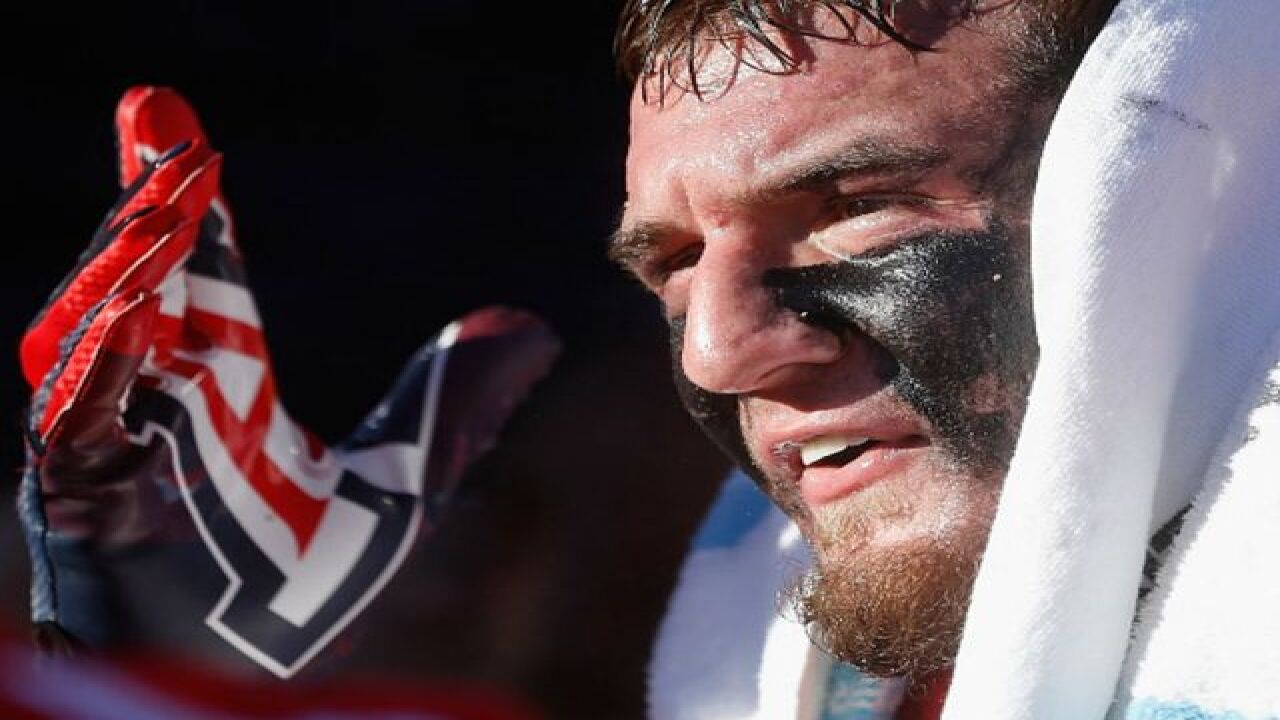 The Arizona Cardinals have signed former University of Arizona standout linebacker Scooby Wright.
In a flurry of roster moves Tuesday, the team also elevated punter Matt Wile from the practice squad. He replaces Drew Butler, who was released.
In another move, the Cardinals elevated quarterback Zac Dysert to the practice squad.
Wright, the 2014 Pac-12 defensive player of the year, was signed off the Cleveland Browns' practice squad. Wright was a late draft pick by the Browns after Arians had already talked to him about coming to the Cardinals as an undrafted rookie free agent. Cleveland signed him after drafting him in the 7th round, but he was inactive for the first two weeks before being cut and added to the practice squad.
Wright will get an immediate chance to play at inside linebacker because Deone Bucannon (high ankle sprain) was among three players placed on injured reserve.
Safety Tyvon Branch (groin) and tackle Ulrick John also were placed on injured reserve.
Linebacker Reshard Cliett was re-signed to the Cardinals practice squad.
Copyright 2016 The Associated Press. All rights reserved. This material may not be published, broadcast, rewritten or redistributed.