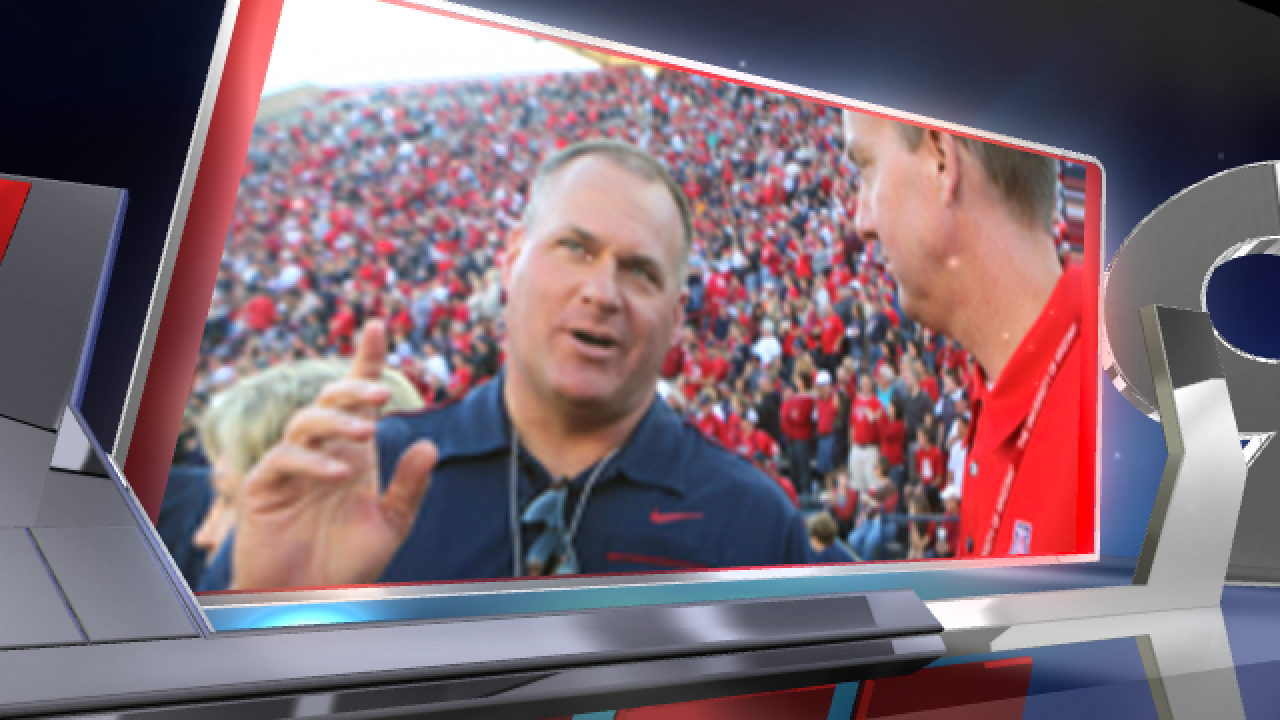 By: Jason Barr
Posted at 7:55 PM, Nov 30, 2016
In his weekly Wildcat Wednesday email, Arizona athletic director Greg Byrne wrote a line of support for head coach Rich Rodriguez.
The Wildcats are coming off a 3-9 season, but ended the year with a 56-35 win over Arizona State in the Territorial Cup game.
Byrne says, "We believe this effort shows promise for the future, and we're fully supportive of Coach Rodriguez, his staff, and the young men not to mention what appears to be a talented group of newcomers that will join the program heading into next season."
The Wildcats have 26 commits for next year, including three four-star recruits. Arizona went to a bowl game in Rich Rodriguez's first four seasons, the first time that's happened in the program's history.
However, the Wildcats lost their first eight conference games this year. The season began with the passing of offensive lineman Zach Hemmila during fall camp. Quarterback Anu Solomon missed more than half the sason with injuries, There were also season ending injuries to running backs Nick Wilson and J.J. Taylor, and running back Orlando Bradford was dismissed from the team after multiple domestic abuse charges.
Rodriguez took the Wildcats to the Fiesta Bowl in 2014, and also met with South Carolina regarding their coaching vacancy after the 2015 season.
Copyright 2016 Scripps Media, Inc. All rights reserved. This material may not be published, broadcast, rewritten, or redistributed.