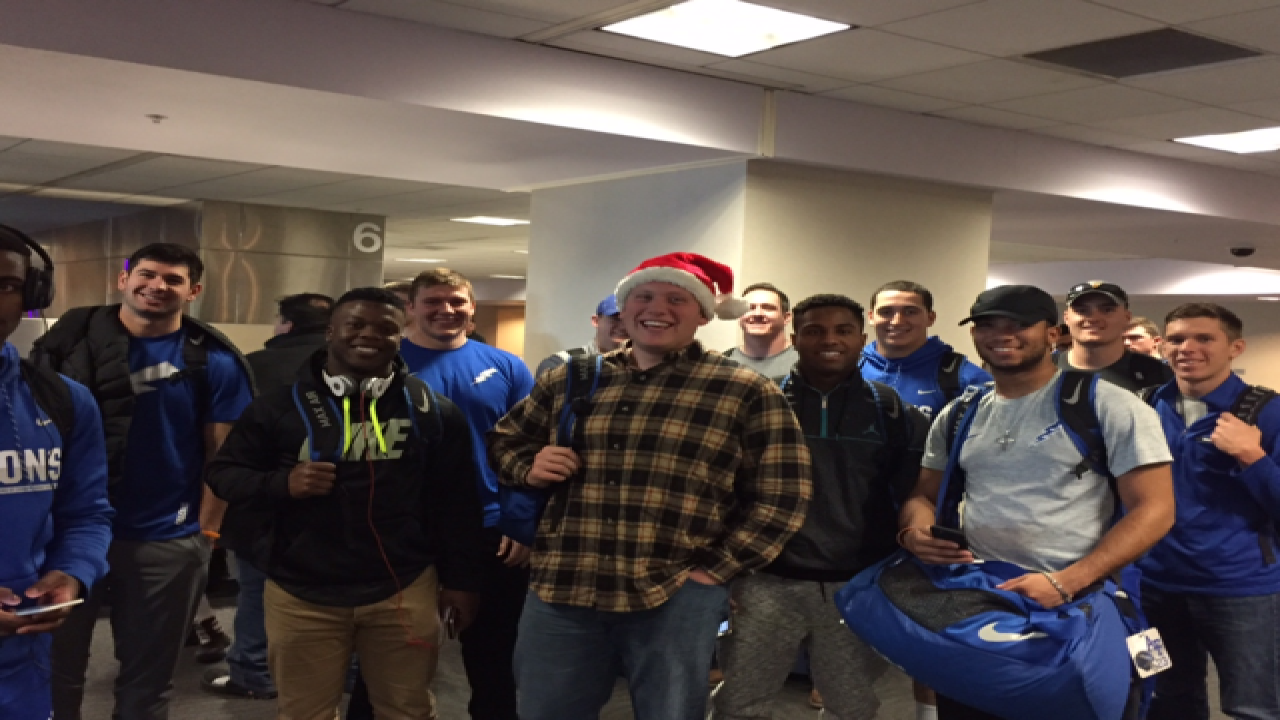 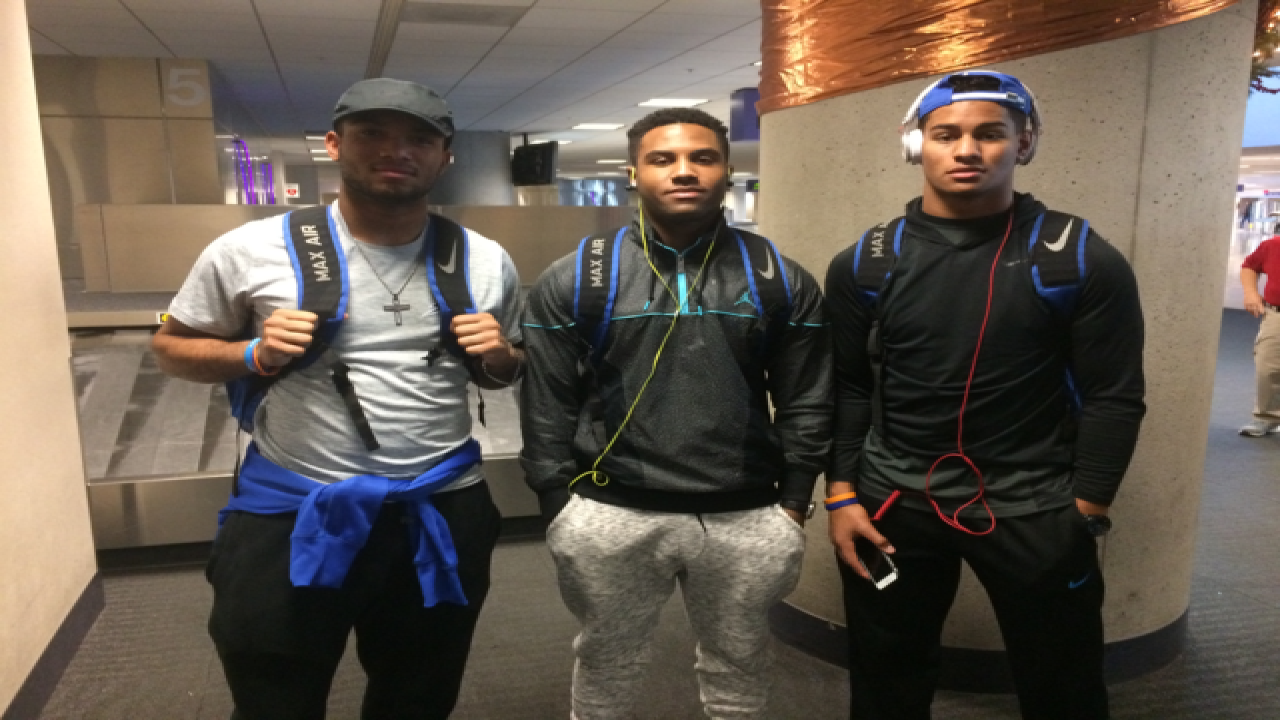 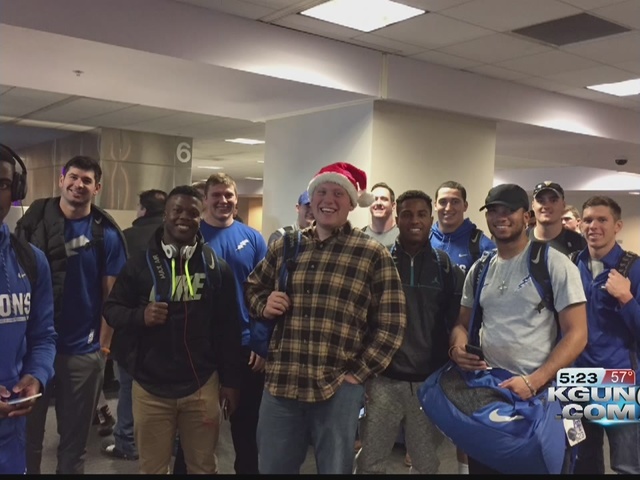 By: Jason Barr
Posted at 8:41 PM, Dec 25, 2016
The Falcons arrived in Tucson to prepare for the Nova Home Loans Arizona Bowl against South Alabama on Friday night.
Air Force will hold a practice Monday afternoon at Kino Sports Complex. Meanwhile, South Alabama will arrive Monday night for the second annual bowl game, which will be played at Arizona Stadium.
While in Arizona, Air Force will  attend a western movie set, participate in stunts, and watch a rodeo. The Falcons will also visit Davis-Monthan Air Force Base to interact with base personnel.
Thursday night, there is a block party where Air Force cheerleaders will perform along with the Cadet Drum and Bugle Corps. On game day, there is a great tailgate party sponsored by the bowl that includes a food festival that will be highlighted by a Gin Blossoms concert.
Air Force, who enters the game with a 9-3 overall record, will be seeking a 10th win which would place the 2016 Falcons in rare territory. The Falcons could become just the seventh 10-win team in Academy history, and first since 2014.
Copyright 2015 Scripps Media, Inc. All rights reserved. This material may not be published, broadcast, rewritten, or redistributed.