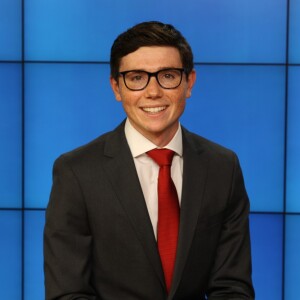 Joe Pagac's latest work can be found on the side of Zion City Flowing Wells church on Ruthrauff Road.

TUCSON, Ariz. (KGUN) — The latest mural by Joe Pagac is not just his largest, but the city's as well.

The mural on the side of Zion City Flowing Wells church on Ruthrauff Road near I-10 depicts the Lion of Judah and has symbols of life depicted in a desert landscape.

$8,000 of paint and two months later, the mural is now complete. He typically uses blue and orange colors, but this one uses a lot of pink.

RELATED: Meet Joe Pagac, the man behind many of Tucson's murals

"It's different," Pagac said. "Ended up going a totally different direction but it was good because I had all these pinks in storage forever that I never used so it was a good chance to pull them out."

Pagac will now be taking a bit of a break from murals as he goes to hike the Pacific Crest Trail.

SEE THE FINISHED PRODUCT IN THE PLAYER BELOW