What is Arizona Department of Economic Security doing about the phones? 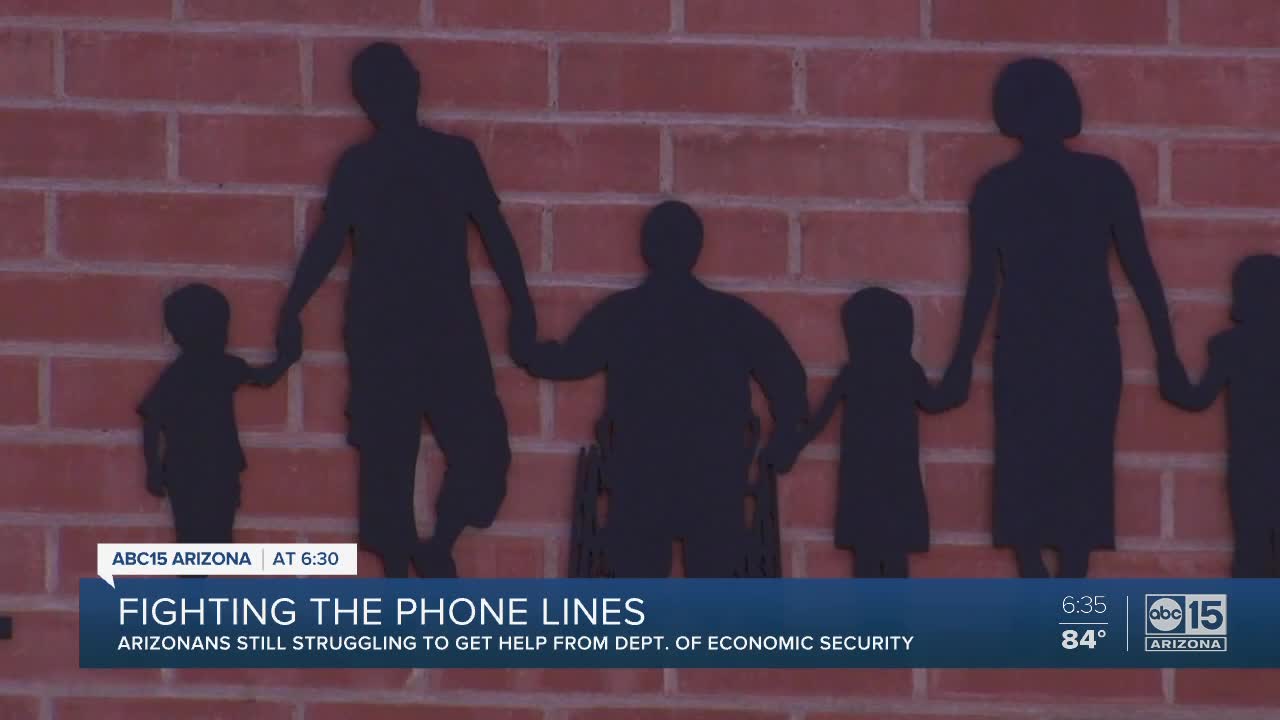 Arizonans still struggling to get help from Department of Economic Security.

The Arizona Department of Economic Security (DES) says it has hired more people to answer an influx of calls.

Many Arizonans haven't noticed. Sam Murphy of Phoenix says he hasn't been able to get through to anyone at DES since he was laid off on March 19.

"Every day I wake up and the first thing I do is I check my phone and I check my bank account. I go 'please God: let that money drop,'" he said.

The electrician's prayers have yet to be answered.

DES spokesman Brett Bezio says the unemployment insurance call center receives between 70,000 and 100,000 calls per day and that call center staff has increased to 250 people. In April that number was closer to 150. He says they, "continue to add significant numbers of people every week."

About 120 of those positions are held but call center contractor Valor IT in Phoenix according to Bezio. He said there has been a reduction in hold times "associated with the implementation of ValorIT."

Ryann Donlevy of Surprise says she can't even get through to get on hold. "It won't even give me the option to even speak to anybody," she said.

The server was laid off on March 16 and she has had an "unresolved issue" with her unemployment claim ever since.

"Stress-wise it's been tough." A situation mad tougher because she is weeks away from giving birth and the money she saved for maternity-leave has been spent filling the gaps while she waits for unemployment benefits.

"I don't have an income. I did use the money that I did save up just because of COVID-19 so I am kind of stuck a little bit," she said.

Donlevy moved in with family to help.

Murphy says family and friends are helping him financially too. "Thank goodness I have good support system. My girlfriend is the best," he said.

DES says it has also extended unemployment call center hours to Sundays from 9:30 to 5 p.m.

That was news to Murphy since the recorded message before getting into the DES queue only mentions being open Monday through Friday.

"We posted a notification of our Sunday hours on our social media and web pages. We well review our messaging on our IVR to ensure the hours are properly reflected as well," Bezio said. "Thank you for bringing it to our attention."