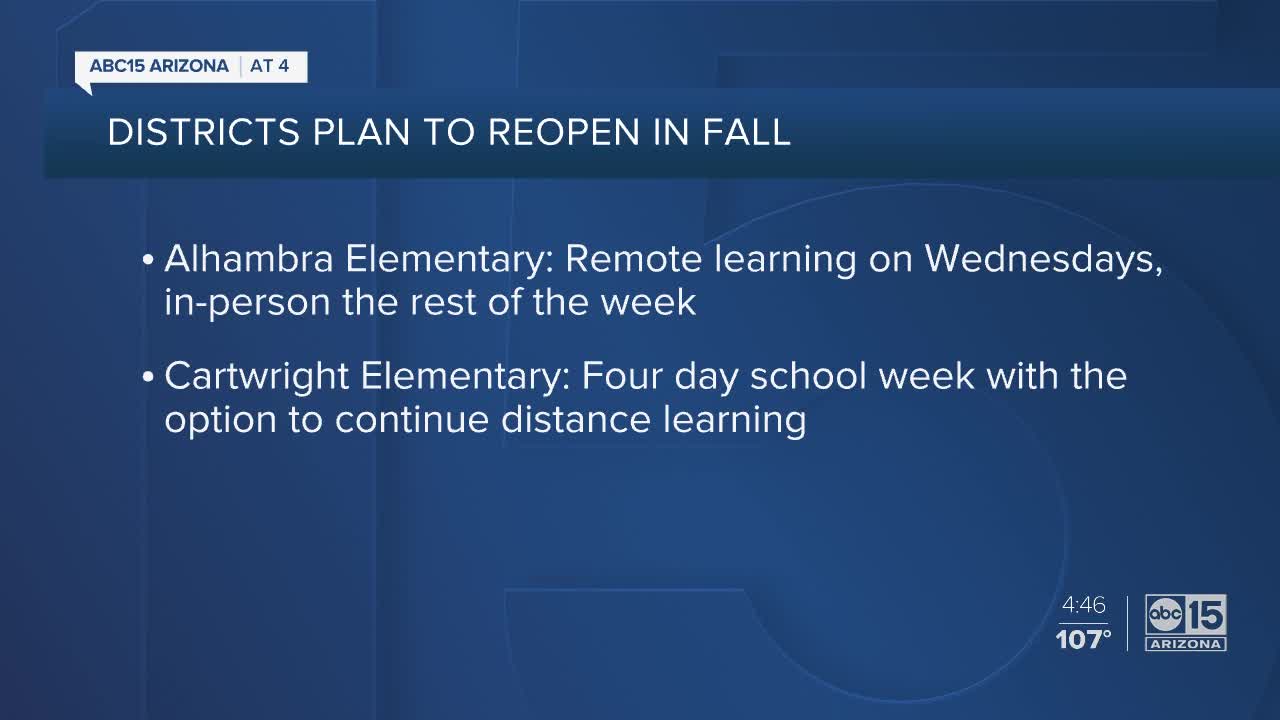 School districts across the state are now one step closer to finalizing their plans to reopen, now that the Arizona Department of Education has released its recommendations.

Fourlis, describing the difficult and complex process districts across Arizona are navigating right now. The state's recommendations for reopening, she says, are just another piece in the district's huge planning puzzle.

"I'm thrilled they are coming out as guidelines, not mandates," said Fourlis.

As of now schools in Mesa will start face-to-face instruction August 4, with remote options available so families and staff have a choice. Some of the distancing measures mentioned in the Department of Education's guidance are also on the table. Things like cleaning protocols, re-thinking shared items and campus traffic flows.

Following the announcement that Arizona schools would be allowed to reopen in the fall, several school districts have begun outlining their plans for how they will handle the upcoming school year. Click on each point in the map below to learn about each school district's plans that have been announced.

"That is going to look different in our preschool or kindergarten classrooms than our junior high and high school classrooms," said Fourlis.

"I think there's an initial reaction of people wanting to see more, that is absolutely understandable," said Thomas. "But there's a lot more work to be done at the local level and it's going to be based upon the work that ADE just put out."

He says making sure school campuses are safe is the top priority but it won't be easy.

"All of that requires resources and when you're in Arizona, you've already moved all the money around that you can in the critical areas."

So as districts hone in on what the upcoming year will really look like, Thomas says communication will be key.

"The more conversations we have with parents, with classroom teachers, with the counselors and with security, and all the people that are going to be impacted by that new plan, the better resulting plan we'll have," Thomas said.

Mesa Public Schools, like so many other districts, is surveying parents, teachers, staff and students right now to get their feedback. They will also be holding focus groups once a more concrete plan is in place. Families in the district will get more information on that by the end of this week.