Arizonans prepare to lose $600 a week in unemployment money 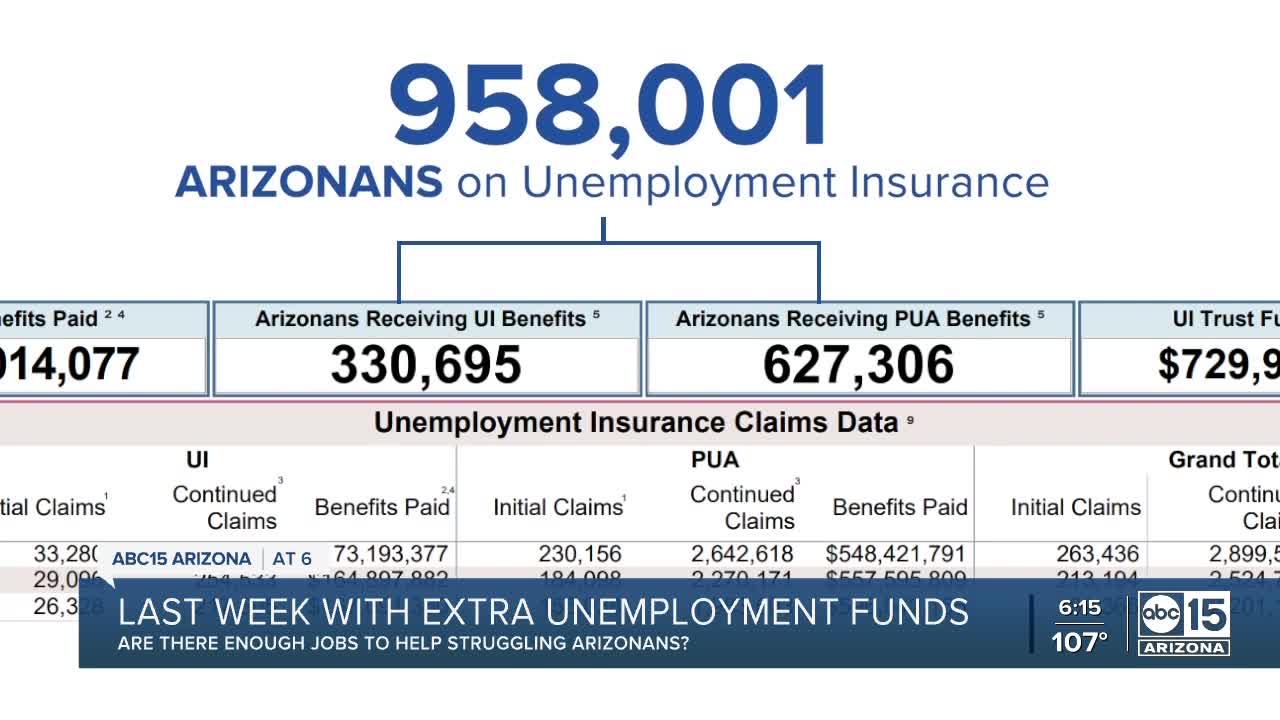 Are there enough jobs to help struggling Arizonans? 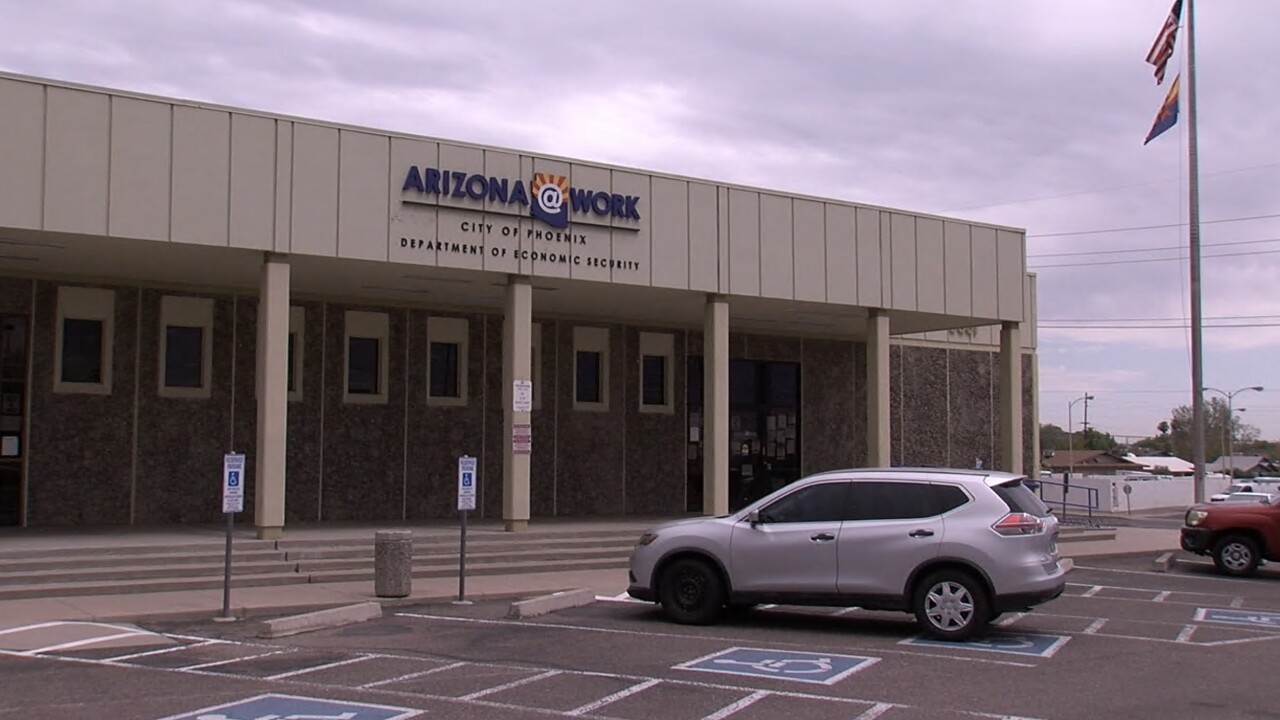 The additional $600 in weekly unemployment benefits funded through the CARES Act expires on July 25 for Arizonans.

That means the approximately 958,001 Arizonans currently receiving the payment will drop to a range of $117 to $240 per week, according to numbers from the Arizona Department of Economic Security.

Pipefitter Michael Gold says that it is not enough for him to live on. "That would not be feasible," he told ABC15.

Gold says he is already stretched thin because, under normal circumstances, his take home pay is double his weekly unemployment benefits and his bills are adding up.

"I'm about to run out of insurance at the end of the month," he said. That insurance is something he purchases through his union.

“I'm high risk – so age, smoker, heart disease. So, I've got to purchase another month of insurance, which runs about $900 a month."

His savings will have to go toward that, but, he says, "If I get sick from this COVID and I'm not working, I'm stuck. I don't know what to do."

He says getting a new job to supplement his income is not a realistic option.

ABC15 Data Analyst Garrett Archer says the state's employment data suggests that there are nowhere near enough jobs to fill the gap that will be left in Arizonans’ budgets.

"If you look at February of 2020, which was a low point of unemployment in Arizona, you can see that we had about 3 million jobs and people employed in the state," Archer said.

He also added that it was close to peak employment, according to data from the Arizona Commerce Authority. Those labor numbers do not include non-traditional W-2 workers who currently received Pandemic Unemployment insurance as they were not tracked prior to the coronavirus pandemic.

Contract numbers from June 2020 show just over 2.8 million people are employed. Archer states that is because of the constant changes in filing the employment numbers and lag.

"We would have to have historic lows in unemployment in this state in order to accommodate the number of people that have continued claims. And, that's not even counting the Pandemic Unemployment Assistance," Archer said.

In other words, even if people want to go back to work, there aren't enough jobs available to employ the workers receiving regular unemployment, much less the non-traditional workers who are also receiving benefits.

Last week, Governor Doug Ducey seem confident that Congress would come through with some sort of extension of benefits.

We asked Ducey's office on Tuesday if the governor is considering increasing the state's portion of unemployment benefits if Congress does not. We are still waiting to hear back.

In addition to the stress about the loss of the extra benefits, Gold is also concerned about the reversal of deposits in his account by DES. His account was one of thousands that were closed after DES said there was suspicious activity outside the state on July 11. "DES is just at a standstill," he said.

After speaking with ABC15, Gold received a check for part of what he was owed, but, he says, living on $240 a week is will be very tough.

"I have to scrimp and not drive too much. Watch what I'm doing. Where I'm going. Try not to spend."