Family members getting jobs in nursing homes to see loved ones

Family members getting jobs in nursing homes to see loved ones 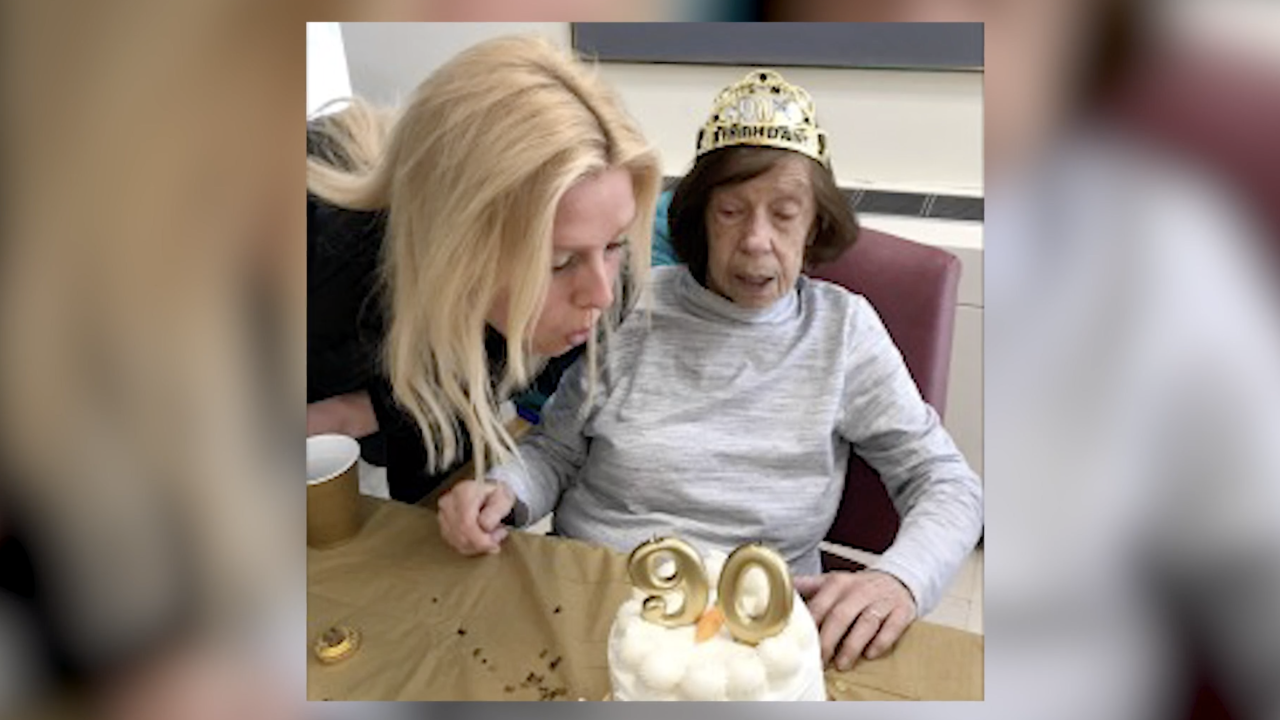 After months of being separated from her elderly mother due to COVID-19 visiting restrictions in nursing homes, MJ Ryan decided she had to find a way in. Her plan: get a job working in the laundry room of her mom's nursing home.

Ryan is a senior director for a large healthcare company outside of Boston making six figures, but the minimum wage job allowed her to spend priceless hours with her 90-year-old mother, Theresa. Theresa had been suffering from Alzheimer's for the last few years and was recently moved to The Friendly Home in Woonsocket, Rhode Island.

All across the country, seniors are suffering in isolation, as restrictions to keep them safe from COVID-19 are taking a serious toll on people’s mental health.

Through brief phone conversations, Ryan could tell that her mother’s condition was quickly deteriorating. Theresa survived getting COVID-19 earlier in the spring, but she was forgetting things more often and becoming disinterested in talking to her children or even getting dressed.

“She wanted to get out of those walls, and I said we couldn’t because there’s a virus and I would explain to her what was going on. She says, ‘Well what’s the difference? This is a slow death,’” Ryan recalled of her conversation with her mother.

Realizing she may not have time on her side, Ryan became determined to somehow see her mom. When she heard about a Florida woman who got a job working in her husband’s care facility, Ryan decided to try the same thing.

After talking to the Friendly Home, she realized the facility had several open positions they needed to fill. Nursing homes across the country are currently facing severe staffing shortages. So, this healthcare professional took a job doing laundry in her mom’s facility.

Ryan worked once a week on Thursday nights, an 8-hour shift that made her realize how important frontline workers in care facilities are.

“Every one of those people work so hard and most of them work multiple jobs to keep food on the table,” she said. “Seeing it firsthand, it’s amazing.”

On her dinner breaks and in between washing clothes, Ryan was able to spend time with her mom. It wasn’t much, but she could tell that even that small bit of time spent with her mom was enough to brighten her mood.

“She didn’t have a lot of concept of time and space, and I just wanted her to know we weren’t gone. That her family was still there,” Ryan said about the experience.

When Theresa passed away on Nov. 1 from Alzheimer's, Ryan was there.

“Now, I live with the sadness of losing her, which everyone does at some point, but I don’t live with regret,” Ryan said about the loss of her mom.

Ryan hopes others might be inspired by her story and do the same.

Even though her mom has passed away, Ryan is remaining on-call to help whenever the nursing home is short-staffed.

Instead of flowers at Theresa’s funeral service, people were asked to donate to an emergency fund the family started for frontline workers at the nursing home.